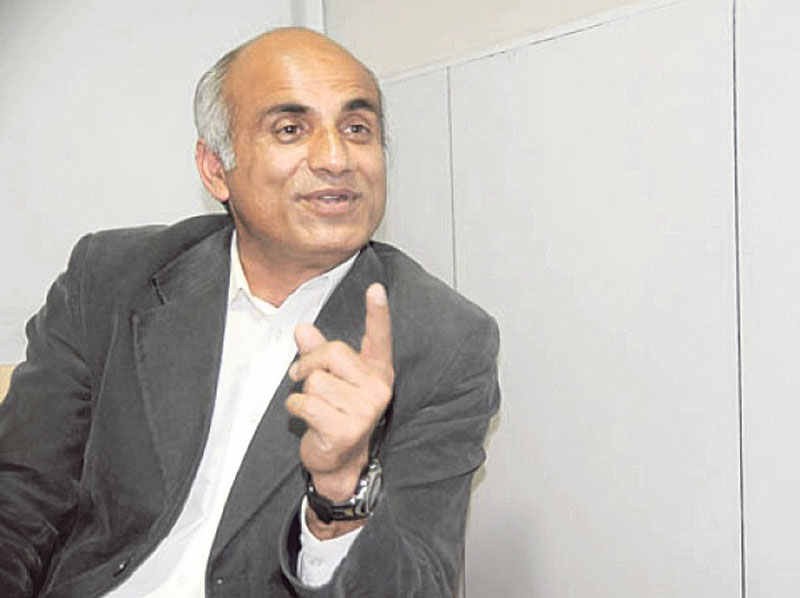 Dr KC begins hunger strike demanding sack for TU VC Khaniya
KATHMANDU, Nov 14: Ending a months-long delay, Tribhuvan University (TU) on Sunday appointed Prof. Dr. Keshav Prasad Singh to the post of dean of the Institute of Medicine (IOM), the crucial body for granting affiliations to medical colleges and for decidng the number of seats for students at such colleges.

Controversy surfaced just hours after TU announced its decision. Dr Govinda KC, the senior orthopedic surgeon at TU Teaching Hospital, began another hunger strike, stating that the criteria set for appointing the dean had been flouted.  Before starting his hunger strike, Dr KC accused the university administration of bypassing senior doctors while appointing the dean.

A recommendations committee had nominated Dr Jagadish Prakash Agrawal, Dr Singh and Dr Jyoti Sharma as candidates for the position of dean.

According to sources, Dr Agrawal, Dr Bimal Kumar Sinha and Dr Gita Sayami are the seniormost in the seniority list in that order. Dr Sinha, who was acting dean for the last nine months, is retiring after three months. Dr Singh is also retiring after three months. Dr Singh, who was ranked ninth in terms of seniority, was picked by the TU executive council. The dean's post is vital for administrative work.

Dr Singh, who is said to be close to the Nepali Congress party, has worked as director of TUTH for about six months in the past. Doctors close to the NC have padlocked the IOM, demanding the appointment of Dr Karbir Nath Yogi as dean instead.

Sources said Dr Singh was under the scanner of the anti-graft body CIAA on the charge of misusing funds while purchasing the MRI (magnetic resonance imaging) machine at TUTH. The newly appointed dean has also been criticized for drinking at the workplace.

“Dr Singh used to come to the hospital after drinking,” said one doctor requesting anonymity. When efforts were made to contact Dr Singh by phone about the allegation, the phone was switched off.

VC Khaniya expressed ignorance about Dr Singh's drinking. “We did not discuss his conduct while appointing him,” he said.

TU VC Khaniya, however, refuted such allegations. “We didn't feel any political pressure regarding the dean's appointment,” VC Khaniya claimed. “We don't care what the government and Dr KC agreed upon as the TU is an autonomous body and is not obliged to implement their agreement.”

Miffed at the TU decision, Dr KC had demanded the removal of Khaniya from his post. “The appointment of the dean was not on the basis of fair seniority. The TU authorities are being guided by medical brokers and medical mafia,” he said.

Before starting his hunger strike, Dr KC put forth a nine-point demand before the government. The nine points  include removal of TU VC Khaniya for involvement in political games while appointing the dean; fixing Rs 3.5 million (in Kathmandu Valley) and Rs 3.85 million outside the Valley as fees for the MBBS and Rs 2 million for BDS, and not issuing affiliation to any medical college before the proposed medical education act is approved by Parliament.

Additionally, he has demanded implementation of the recommendations of the Mathema Commission, the forwarding of the impeachment process against suspended CIAA chief Lokman Singh Karki, and initiation of the probe against CIAA commissioner Raj Narayan Pathak, among other things.

Call to scrap appointment of Dr Agrawal as IoM Dean