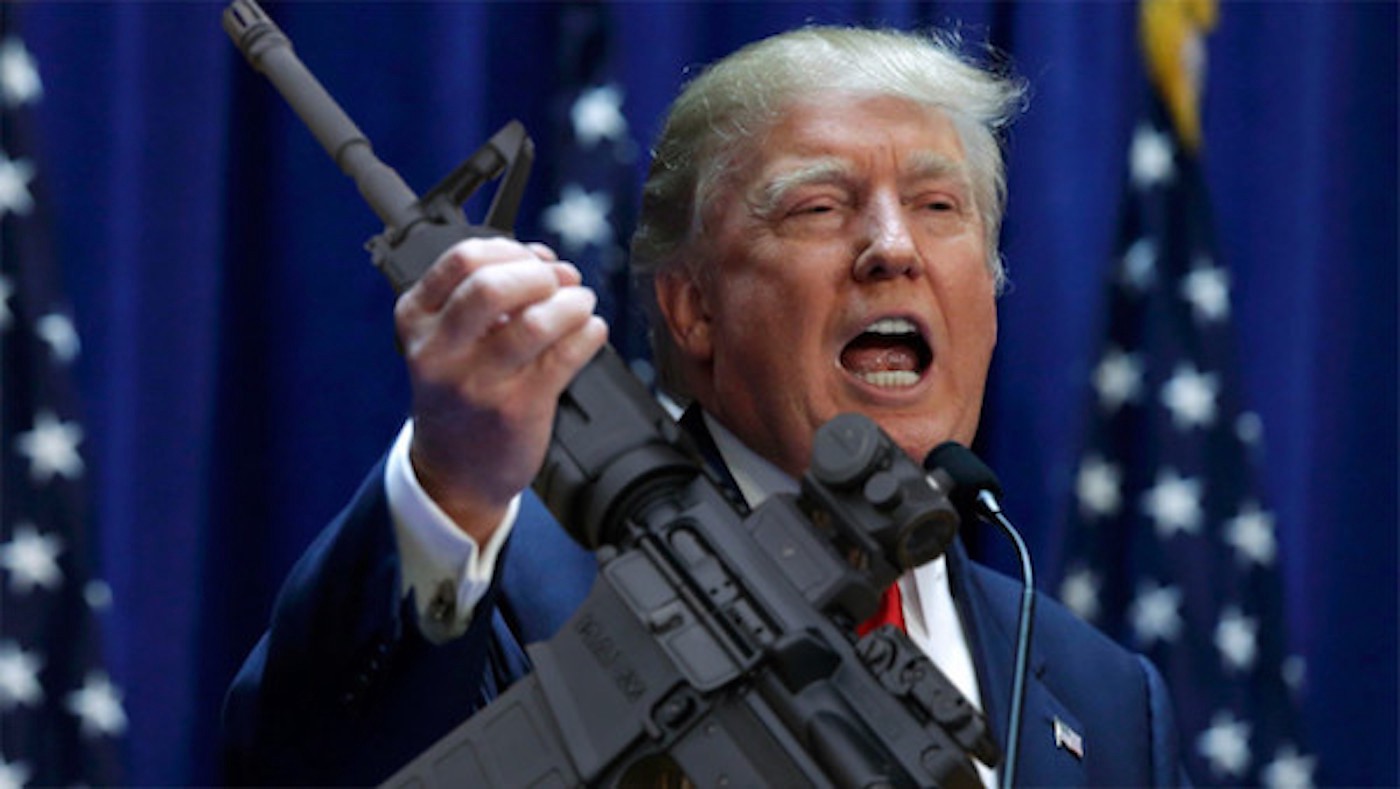 WASHINGTON, Mar 12: The White House is forging ahead with a plan to give firearms training to teachers while pulling back from moves opposed by gun lobbyists such as raising the age limit for purchasing some weapons.

U.S. President Donald Trump is also calling on states to adopt so-called “red flag” laws to allow authorities to take guns from individuals who are determined by a court to be a threat to themselves or others, according to recommendations released by the White House on Sunday. The package of measures is aimed at making schools safer after a string of deadly shootings, it said.

The measures endorsed by Trump fall short of those that were expected, including a call for states to raise the minimum age to buy certain guns. The idea, backed at times by Trump but opposed by the National Rifle Association, was endorsed as recently as Sunday morning by White House deputy press secretary Raj Shah.

“The president has been clear that he does support raising the age to 21 for certain firearms,” Shah said during an appearance on ABC’s “This Week.” On a conference call with reporters, two administration officials didn’t explain why that proposal was excluded.

The Department of Justice has been asked to create programs helping schools to partner with state and local law enforcement authorities that can provide training in gun use by those who volunteer to do so. The White House also said it would support moving military veterans and retired law enforcement officers into new careers in education.

The administration will also launch a commission, led by Education Secretary Betsy DeVos, to examine school safety issues. DeVos said her commission would study a “culture of violence.”

An NBC News/Survey Monkey poll taken Feb. 26-28 showed 56 percent of those polled disagreed with the proposal for teachers to carry guns. Responses fell along party lines, with Democrats opposed by a wide margin while Republicans agreed with the concept.

“Arming teachers is an absolutely abhorrent response to school shootings – opposed by law enforcement, students, and educators alike,” Senator Richard Blumenthal, a Democrat from Connecticut, said in a statement. The announcement was “more talk and theatrics than action,” he said.

The proposals were described by the White House on Sunday as the culmination of weeks of meetings the president and senior officials have held since the Feb. 14 shooting at a high school in Parkland, Florida, in which 17 people were killed. That incident has re-energized the gun control debate.

The White House reiterated its support for two pieces of legislation being considered by Congress: the Fix NICS Act, which would penalize federal agencies that fail to report relevant criminal records, and the STOP School Violence Act, which would provide new funding for school safety programs. An administration official said the White House was endorsing those measures because they could both pass in short order, while a bigger background overhaul would have a tougher path in Congress.

On background checks and other issues, Trump has offered inconsistent positions on gun control since the Parkland massacre, complicating efforts in Congress to pass legislation in response.

The NRA, the powerful gun industry lobbying group that spent $30 million toward Trump’s election, has expressed support for both bills but is resisting more stringent measures.

Trump’s recommendations also fall short of some of the ideas he’d discussed during multiple hour-long meetings in front of news cameras, including a stronger background check system and the suggestion that guns should be taken from people considered dangerous without first seeking a court order.

After the latter statement the president met privately with the NRA, whose leaders said he’d backed down. But Trump is still bucking the NRA in his support for raising the age for some gun sales: Florida last week passed a bill doing just that, and the NRA immediately challenged it in court.

The Justice Department on Saturday sent a proposed regulation to the Office of Management and Budget that would prohibit the sale of bump stock devices, which modify semiautomatic rifles to allow them to be fired more rapidly, by adding it to the definition of “machine gun” that’s already barred under the National Firearms and Gun Control Act.

Congress is mostly gridlocked on the issue. Neither chamber has advanced legislation to make any change to gun laws since the shooting at Florida’s Marjory Stoneman Douglas High School, even as students who survived the attack have started a burgeoning political movement to raise pressure on lawmakers. Student-led gun control events in Washington and around the country, dubbed the March for Our Lives, are planned for March 24.

Emre Celik, a resident of Australia and President of Rumi Forum announced a Muslim friend living in the US received an anonymous... Read More...