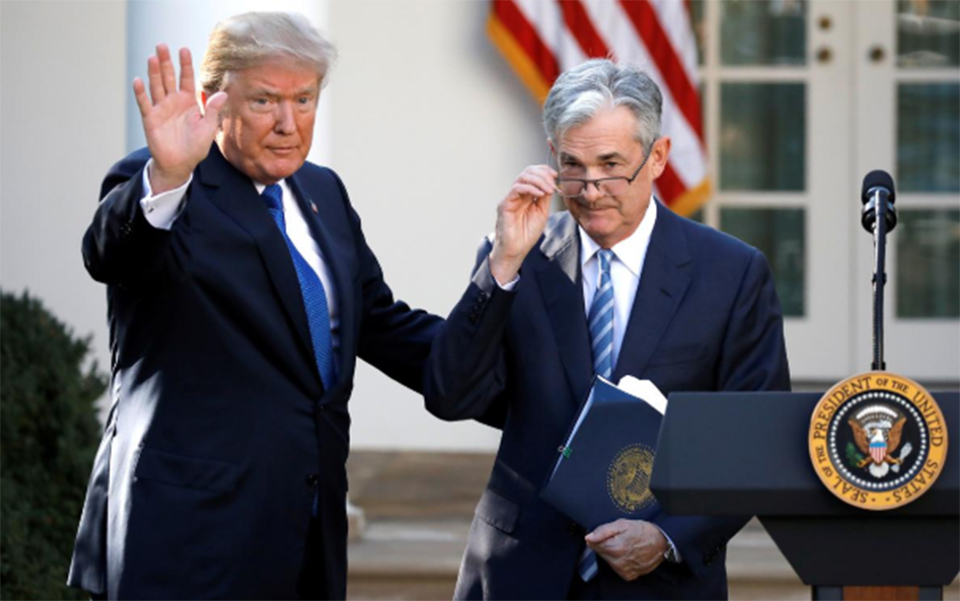 Trump, departing the White House to travel to the G7 summit in France, told reporters, “I’m not happy with Jay Powell.”

His comments continued a war of words against Powell that, along with retaliatory tariffs imposed on U.S. goods by China, helped trigger a sharp drop on Friday in the U.S. stock market.

“I don’t think he’s doing a good job at all,” Trump told reporters as he left the White House shortly before midnight on Friday.

“I don’t think he’s much of a chess player, but I’ve got him so, you know, that’s what I have,” added the president, who earlier questioned on Twitter who was “our bigger enemy,” Powell or Chinese leader Xi Jinping.

Asked if he wanted Powell to resign, Trump replied: “Do I want him to resign? Let me put it this way, if he did I wouldn’t stop him.”

Powell was in Jackson Hole, Wyoming, on Friday for a meeting with other central bankers. He said the Fed would “act as appropriate” to keep the U.S. economy healthy in a deteriorating global economy but stopped short of committing to a series of rate cuts sought by Trump.

Faced with growing risks to the economy, the Fed cut rates for the first time in more than a decade last month, and markets overwhelmingly expect the central bank to deliver another cut at its September policy review.

Thumbs up! Putin shakes hands with Trump and Melania during WWI ceremony in Paris

PARIS, Nov 11: Vladimir Putin and Donald Trump greeted one another during the World War I centenary commemorations in Paris,... Read More...

Obama rebukes Trump and Republicans for 'abuses of power,' urges Democrats to vote