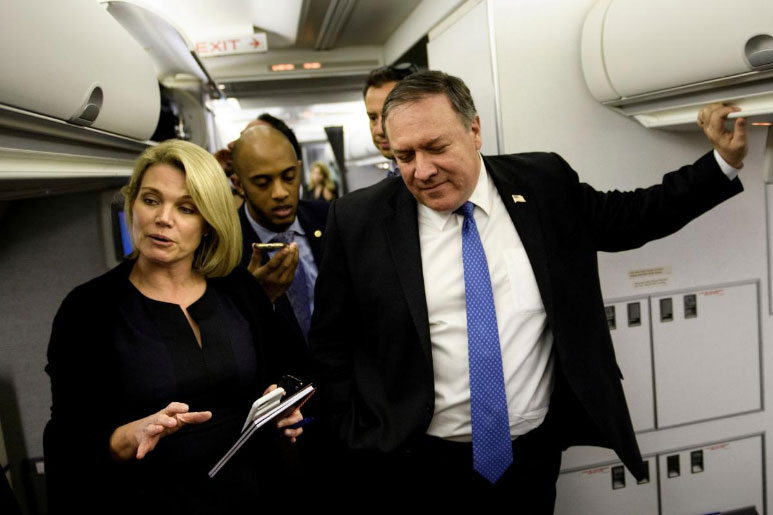 WASHINGTON, Feb 17: U.S. President Donald Trump’s choice to be U.S. ambassador to the United Nations, Heather Nauert, has withdrawn from consideration for the job for family reasons, according to a statement issued by the State Department on Saturday.

Nauert was State Department spokeswoman when Trump chose her for the U.N. position after working as a host for the conservative Fox News Channel. She had been criticized by Democrats for her lack of diplomatic experience.

“The past two months have been grueling for my family and therefore it is in the best interest of my family that I withdraw my name from consideration,” Nauert said in the statement.

The statement did not specify the hardship on her family but the Washington Post said Nauert’s husband and children had remained in New York while she was working in Washington.

The New York Times, citing unnamed people familiar with the matter, said Nauert withdrew from consideration because she had a nanny who was in the United States legally but did not have the proper work visa.

The White House had no information on who might be the next in line for the U.N. job.

Trump had announced on Dec. 7 he would nominate Nauert for the U.N. position to replace Nikki Haley, who resigned at the end of 2018. Haley was a former South Carolina governor who also had little experience in world affairs before taking the ambassador position.

The White House had not yet formally submitted Nauert’s nomination to the Senate.

Nauert joined the State Department as spokeswoman in April 2017, three months into the Trump administration. She was named acting undersecretary for public diplomacy and public affairs in early 2018.

The role of U.S. ambassador to the United Nations is a highly visible international position. While Nauert had little diplomatic experience, other nations with veto power on the U.N. Security Council are represented by ambassadors with decades of foreign policy work.

“She’s clearly not qualified for this job but these days it seems that the most important qualification is that you show up on Donald Trump’s TV screen,” Democratic Senator Chris Murphy said of Nauert on CNN in December.