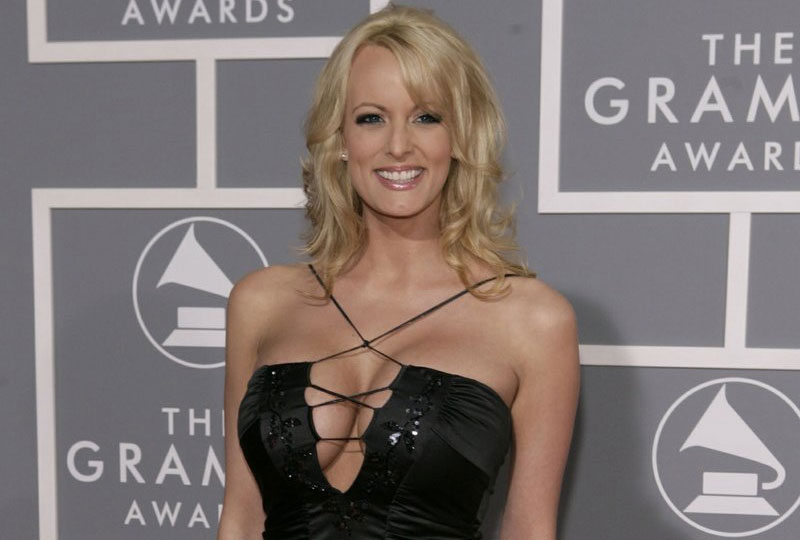 In a filing with the U.S. District Court for the Central District of California made public on Friday, the Blakely Law Group also asked for a lawsuit by Daniels that seeks to nullify the agreement to be moved to a federal district court from a county court.

Brent Blakely, who filed the action on behalf of Essential Consultants LLC and Trump, did not reply to a request for comment.

Under the nondisclosure agreement, Daniels, whose legal name is Stephanie Clifford, could be subjected to a $1 million penalty each time the deal was broken.

Daniels has alleged that she had an affair with Trump that began in 2006 and lasted several months.

Michael Cohen, a private lawyer for Trump, has said he paid Daniels $130,000 of his own money during the 2016 presidential election campaign. Cohen has not explained why he made the payment and has not said if Trump was aware of it.

Attorney Michael Avenatti, who represents Daniels, said on Friday, “This is simply more of the same bullying tactics from the president and Mr. Cohen. They are now attempting to remove this case in order to increase their chances that the matter will ultimately be decided in private arbitration, behind closed doors, outside of public view and scrutiny.

“To put it simply - they want to hide the truth from the American people. We will oppose this effort at every turn.”

Avenatti has filed a lawsuit in Los Angeles claiming Trump never signed the nondisclosure agreement, rendering it null and void.

“The fact that a sitting president is pursuing over $20 million in bogus ‘damages’ against a private citizen, who is only trying to tell the public what really happened, is truly remarkable,” Avenatti said.

In a letter to Cohen on Monday, Daniels offered to return the $130,000 to an account designated by Trump so she could be released from the agreement, which she signed in October 2016. Cohen ignored the offer.

Earlier on Friday, Avenatti told MSNBC and CNN that Daniels had been physically threatened and warned to remain silent about her relationship with Trump.

Avenatti would not provide details about the threat. He said Clifford would elaborate on it during a CBS “60 Minutes” interview due to be broadcast on March 25.

He told Reuters on Friday that six women had been in touch with his law firm to describe relationships with Trump, and that two had signed nondisclosure agreements.