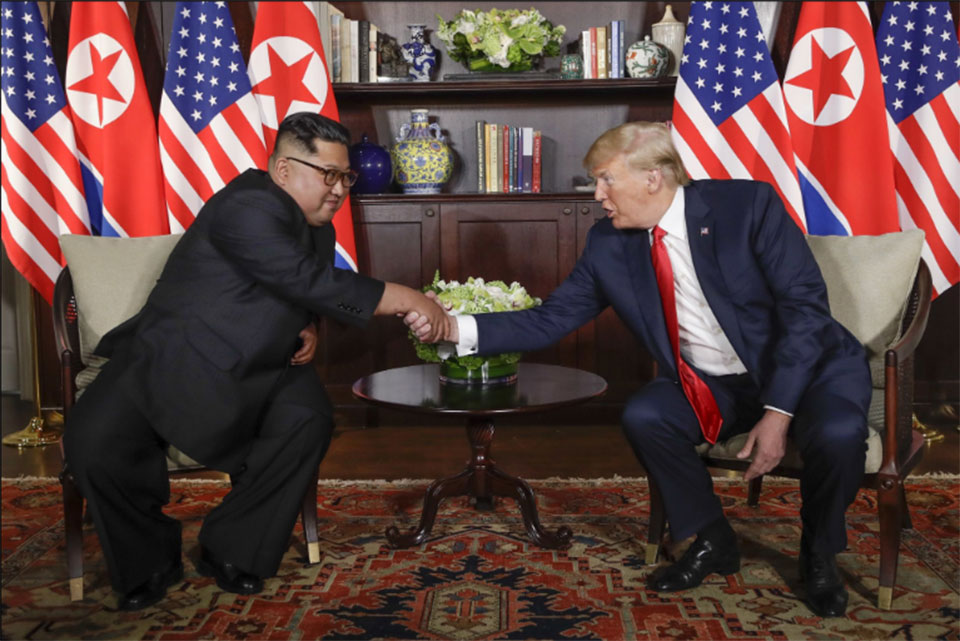 SEOUL, Dec 29: To judge by the stream of extraordinary images on the Korean Peninsula, you might think 2018 marked the beginning of an elusive peace in one of the world’s last vestiges of the Cold War.

Just months after a barrage of threats of missile strikes and personal insults had many fearing the worst, President Donald Trump and North Korean leader Kim Jong Un strode toward each other on a sultry June day in Singapore and grasped hands, vowing to upend decades of animosity and pursue a nuclear settlement. About a month earlier, Kim walked across the cracked concrete block that marks the Korean border, the world’s most heavily armed, and then, with a grin, guided a delighted South Korean President Moon Jae-in back into northern territory for a quick photo-op. Moon later flew into Pyongyang for a triumphant tour that saw him address a stadium of 150,000 North Koreans.

And yet, despite all the jaw-dropping images, any one of which would have stood out in sharp relief in an ordinary year, a sense of unease has taken hold in South Korea. There has been no substantial disarmament by the North, no grand peace deals, and many have the same old fears that North Korea will never give up its nuclear arsenal.

As 2018 draws to a close, the Korean Peninsula is not the only place in Asia looking ahead with apprehension.

Across the region, there are pockets of optimism but also a pervasive feeling of disquiet, a lot of which is linked to the twin political behemoths whose presence has been felt this year in every corner of Asia: China and Trump. That’s especially true of a Trump-China trade war that has caused fears of a global economic slowdown.

Much of the news in Asia has been the typical scattershot fare of tragedy and triumph: there were catastrophic tsunamis, quakes and floods in the Pacific “Ring of Fire,” the return to office in Malaysia of a 93-year-old former strongman, and a fall from grace for the Nobel Peace laureate who now leads Myanmar over what many call a campaign of ethnic cleansing against hundreds of thousands of Muslim Rohingya.

But if you want to mark a through-line in a region that contains more than half the world’s population and boasts a stunning range of diversity, look to China and Trump.

China’s increasing power has been impossible to ignore on the Korean Peninsula, where Beijing props up its ally in Pyongyang even as it serves as Seoul’s largest trading partner. Beijing fires up feelings of both nationalist rage and avarice in Southeast and South Asia as it pushes its territorial claims, using huge sums of money, investment and diplomatic energy to promote its interests.