KATHMANDU, March 23: One any given day, the office of transport management at Ekantakuna, under the Department of Transport Management (DoTM), is found to be in a state of total disarray. Service seekers are infuriated and frustrated as the office rooms are often empty, and most probably, nobody is available anywhere if one needed to ask anything or get anything done.

After queuing up in line for hours, citizens are often forced to return home without getting their tasks done.

On a surprise visit to the office on Friday, Republica found that even the chief of office, Chet Prasad Upreti, was not available at his desk and would not answer telephone calls. 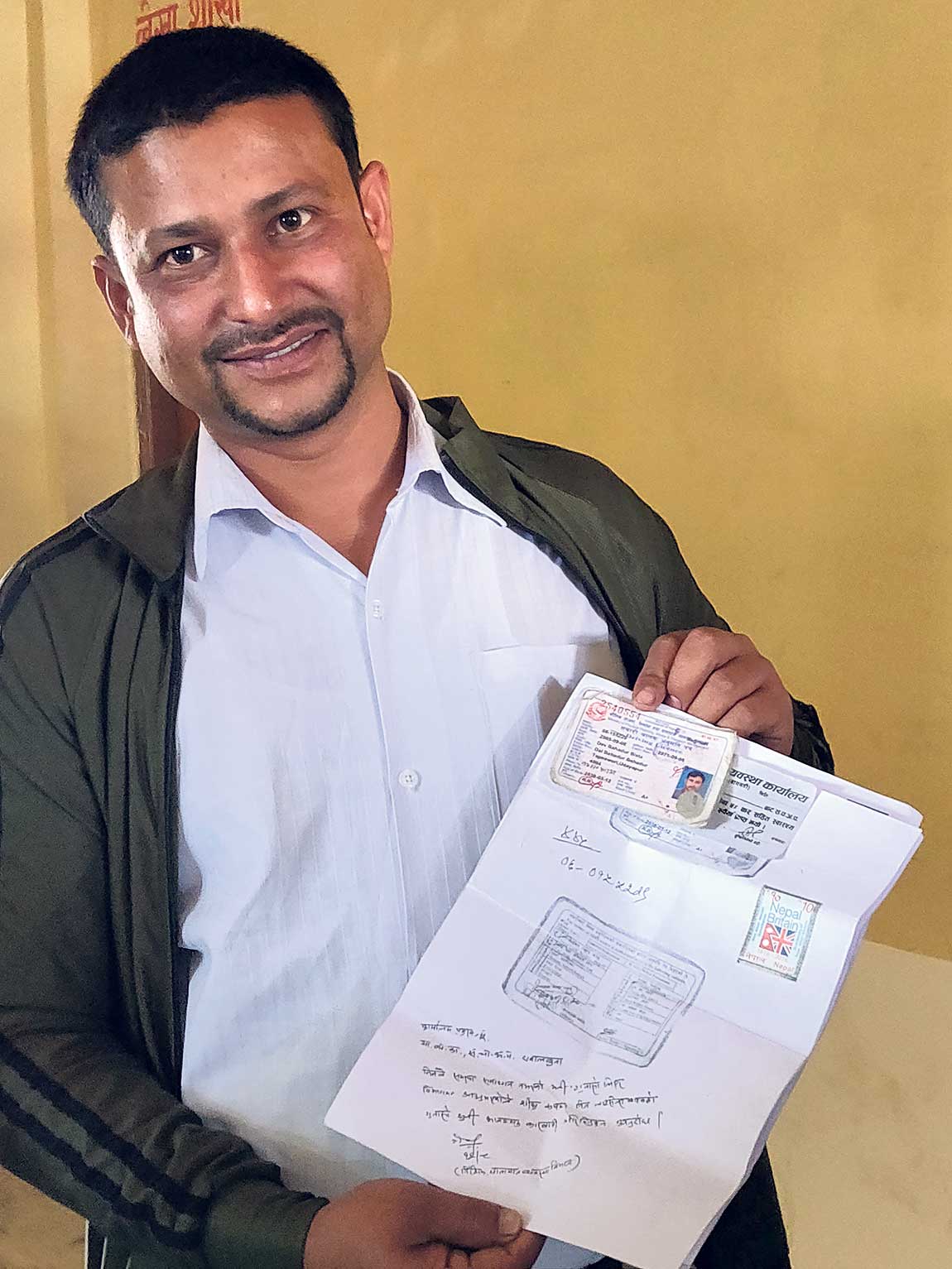 Dev Bahadur Bista from Biratnagar came to Kathmandu a few days ago only to get his license renewed. With a delay of four days, his 90-day-period for license renewal has expired. “I cannot stay here forever,” Bista said, adding, “It is impractical to skip work for days to get such a minute task done.”

His trip to the capital was “lengthened simply because of the DoTM’s irresponsibility.”
Similarly, it was Surendra Raj Shrestha’s eight visit to the office on Friday. Even after repeated trips and countless hours spent standing in line, his father’s license has not been renewed yet.
According to Shrestha, during his personal inquiries with officials, no-one had any clue about what was to be done. “I have been sent from one cabin to another like a puppet,” Shrestha said in dismay.

Service seekers complained to Republica that the operation of the transport management office exceeded all levels of carelessness. Office rooms were empty, notices for license trial were not displayed on time, and there was a communication gap among officials at the office itself.
When Republica asked about the next trial date, Rajan Paudel who heads the No. 2 cabin at the office, responded by stating: “I am not aware of this issue. The office chief is responsible for such queries.”

Many are agitated at the lousy response by authorities. “It is in a complete state of havoc,” Bista said, adding: “The general response from every official is that we meet the office chief to solve our problems.” However, the office chief was nowhere in sight. 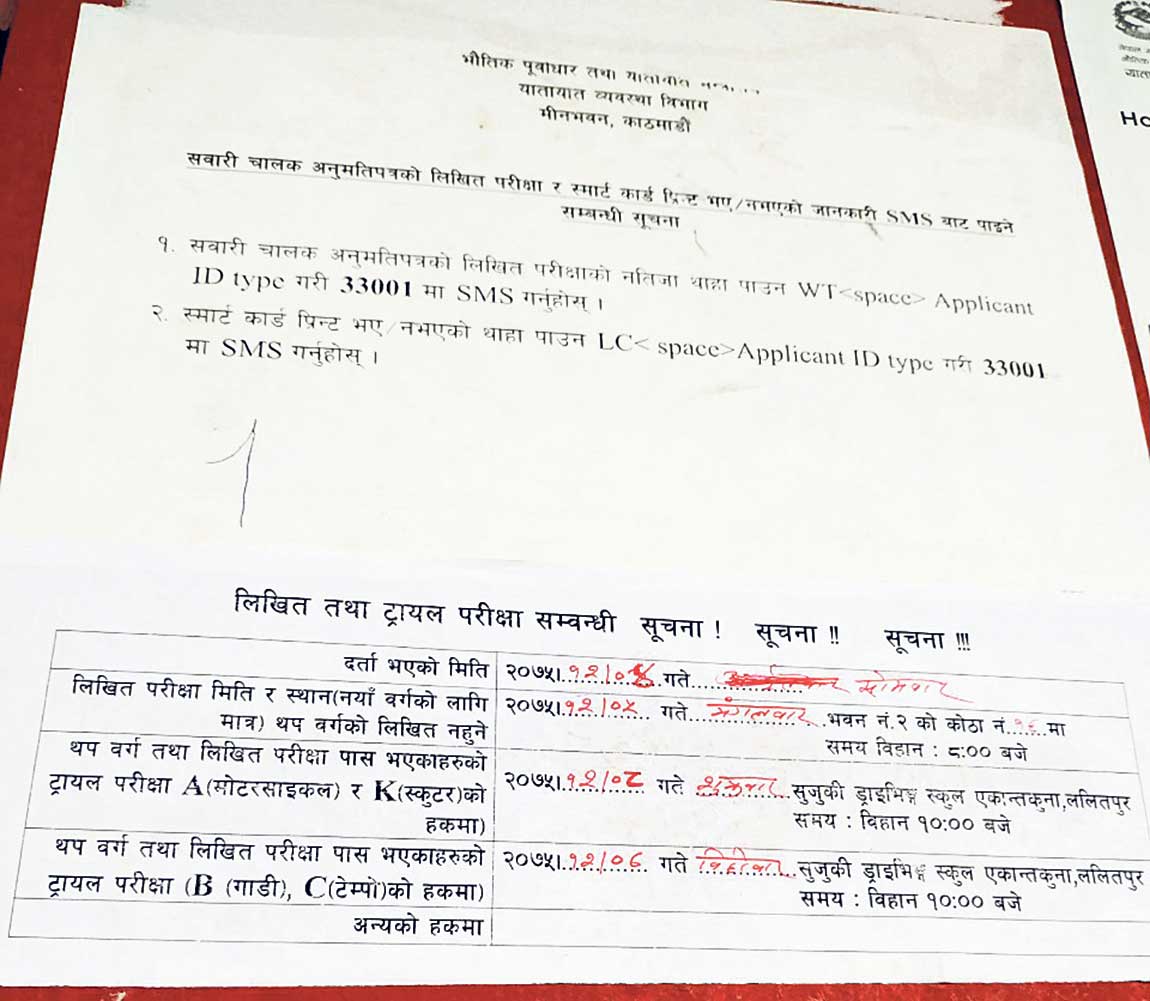 Over 50 service seekers missed their two-wheeler trial which was held on Friday. According to an earlier notice posted on the notice board, the trial was set to take place on Friday, March 22.

However, the trial was held on Thursday, March 21, as per a second notice which was posted without informing those who were to take the trial based on the first notice.

Rajesh Yadav, Laxman Maharjan, Sanjay Kumar Shah, Prabha Pande, and Shikhar Dhami were among the many service seekers who have been compelled to take a re-trial. When Pande questioned the officials about the lack of proper communication, they blamed the service seekers, stating that it was their “stupidity that they believed a notice posted without any stamp or signature on it.”

Pande, however, said: “The second notice too did not have any stamp or signature.”

The service seekers complained that “their time, money, and a chance to get driving license were stolen from them.” 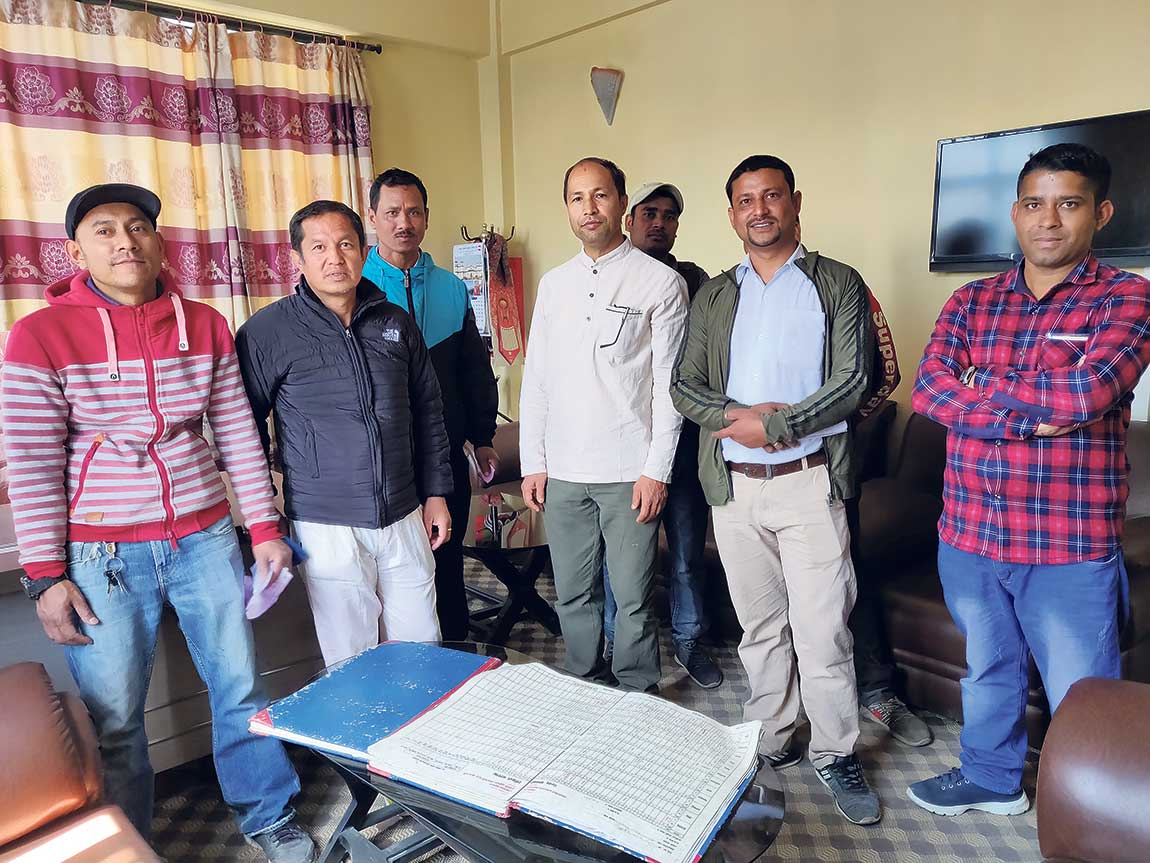 Rajesh Yadav, a local from Imadol of Lalitpur, said that in a world of technology and internet, it was so simple and easy to send out information. Looking furious, he said: “They could have simply sent a bulk SMS to all who had registered for the trial. Our whole day has been wasted for nothing.”
Service seekers complained that paying any of the taxes at the office without hiring a middle-man was next to impossible. They stated that everything and anything was possible if there was some money involved, but without giving money, any job was delayed for days at a time.

One who faces the situation at the transport management office cannot but muse at Prime Minister KP Oli’s claim of ‘Zero Tolerance against Corruption’.