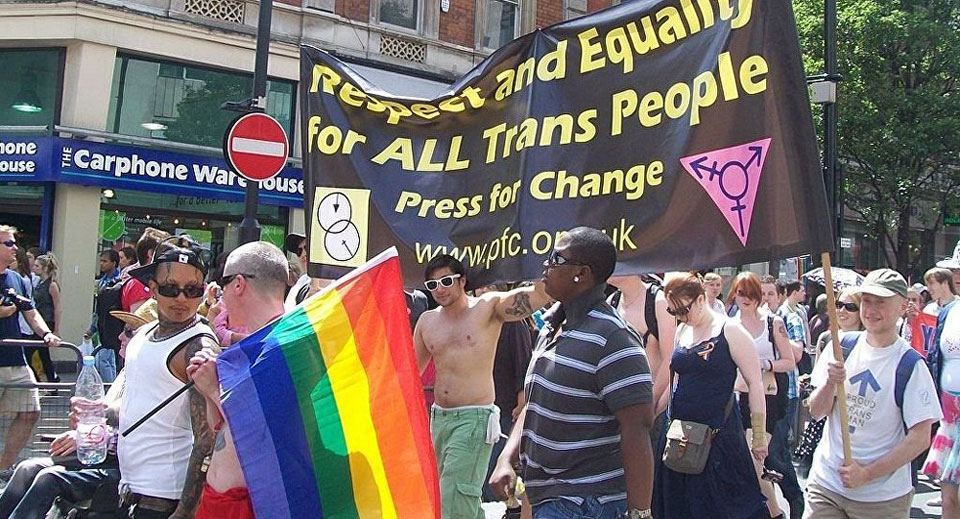 People who are labeled as transgender are viewed as less attractive dating partners, according to new research published in Social Psychological and Personality Science. The new study, which was conducted with heterosexual college students, indicates that gender identity affects perceptions of attractiveness.

“As a social psychologist, I have long been interested in person perception. This topic (perception of people and how it may change depending on their gender and transgender identity) is timely, as many social network and dating websites are now allowing users to select from a wide variety of identity labels beyond just ‘male’ and ‘female,'” explained study author Eliot R. Smith of Indiana University.

“Anecdotal evidence suggests that some transgender people find that others seem less sexually or romantically attracted to them once they learn of their transgender status, so we decided to study that issue rigorously.”

In the study, 342 cisgender students rated 48 potential partners of the opposite sex. Each partner was presented as an online dating profile, which included a facial photograph, a gender identity label, and a racial label.

“Cisgender, heterosexual college students report being less sexually attracted to others (represented by photos) who are labeled as transgender or nonbinary, compared to cisgender,” Smith told PsyPost.

“This difference is not due to differences in physical appearance (e.g., degree of gender conformity in appearance) because we randomly presented gender identity labels with the same set of photos. The effect appears to represent a type of prejudice against individuals with non-cisgender identities.”

“Our experimental situation, though it has some resemblance to real-life dating websites (where people judge others represented by photos and some textual information), is unrealistic in that participants knew they would not actually be meeting or dating the individuals they were rating,” Smith explained.

“However, it would be practically and ethically difficult to randomly assign gender identity or transgender labels to profiles in an actual dating website to overcome this issue.”

“There is also a limitation inherent in our participant population (cisgender, heterosexual students),” Smith added. “It would be of great interest to study attractiveness ratings made by transgender or non-heterosexual individuals.”

The study also found that male and female students differed when it came to their willingness to befriend the potential partners.

“One potentially hopeful aspect of our results is that female participants reported only slight decreases in their willingness to become friends with individuals with non-cisgender identities,” Smith remarked. “In contrast, male participants’ ratings of openness to friendship paralleled their ratings of sexual attraction, with lower ratings given to nonbinary and transgender others.”

Rohini Pande, Professor of Public Policy at Harvard Kennedy School and Co-Director of Evidence for Policy Design, is reputed for... Read More...

BAJURA, April 7: Badimalika Municipality has come up with a noble idea in a bid to enforce old-age security. It... Read More...