Towards smarter cities: KMC ties up with innovators for Kathmandu’s face-lift

KATHMANDU, July 10: Kathmandu Metropolitan City has initiated a public private partnership with adGuru, an advertising company that specializes in out of the box outdoor advertising solutions to install smart street signs throughout the Kathmandu valley.

“Yesterday, we installed the street signs at Ratnapark, Sundhara and Newroad. We’ll gradually place it throughout Kathmandu valley. We’ll continue placing the sign boards in some places today,” Saurav Rimal, co-founder and Director of Client Relations at AdGuru said.

While Kathmandu metropolis has its signs, directing commuters to take preferred routes, “these are not standardized and at times not visible,” according to a brochure released by adGuru. “With the smart street signs, we bring standardized street signs across the valley to create a communication medium to share important messages with the general population,” it reads further.

The newly installed street signs are such that it will help the Kathmandu metropolis to generate revenue. The sign boards comprise of three key spaces, one for advertisements, another for Public Service Announcements, including traffic congestion alerts in the LED scroll, and directions.

Kathmandu Municipality Cooperation believes that with the placement of Smart Street Signs across Kathmandu, KMC will start a game changing platform that can be replicated across the nation. “There is no upfront cost for KMC in fact; KMC will get both advertisement tax and royalty. This will enable KMC to prioritize and focus their budget on other priorities.”

“We are pleased with adGuru and their proposed smart city projects. Their projects are innovative and in line with our city development plans,” Bidhya Sundar Shakya, mayor of KMC said.

The Traffic Police are elated as well. “With the placement of street signs, there will be more structure for commuters. This will allow the traffic police to focus on enforcement of other traffic measures like lane violations, speeding violations, etc which will reduce traffic congestion and accidents.” 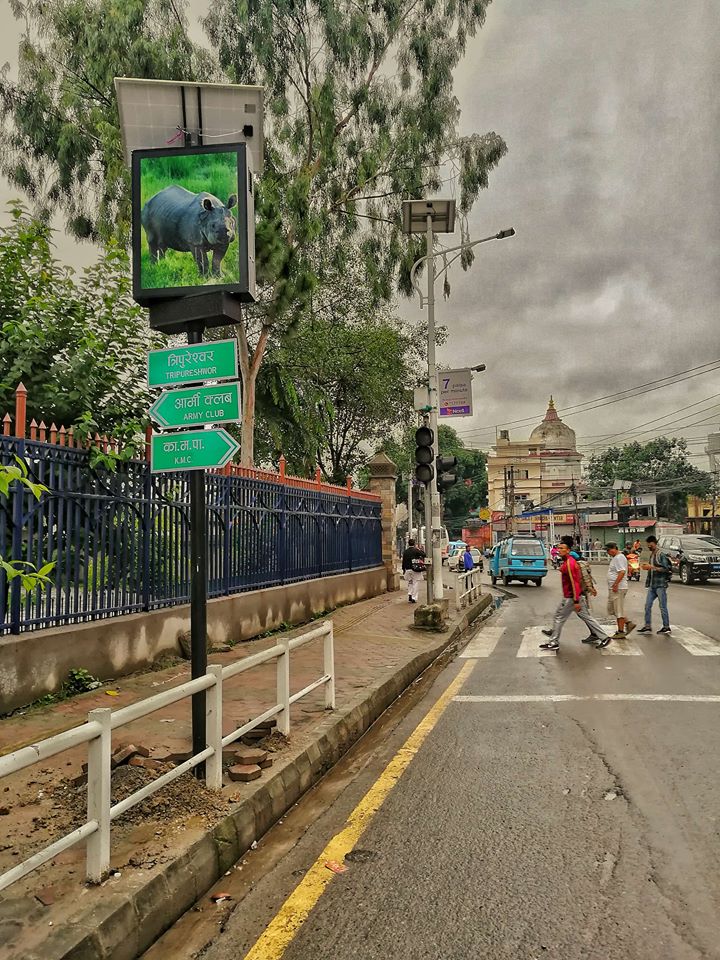 A Ramble to nostalgic alleys!

I wondered for How many centuries These narrow alleys might have Existed and the people Who lived here with Gods... Read More...