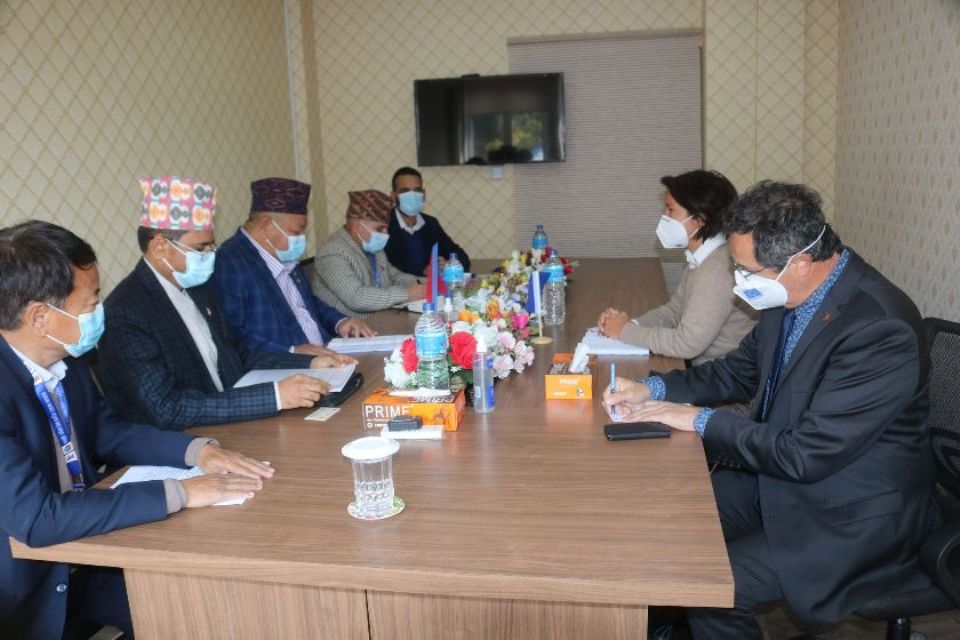 Minister Ale, during a meeting with EU Ambassador to Nepal, Nona Deprez, at the ministry today, requested Deprez for assistance in removing Nepal from the list.

Minister Ale said, "The Government of Nepal is fully committed to further improving Nepal's aviation security sector and flight safety." He also said that Nepal wants to cooperate with the EU for the promotion and development of the culture and tourism sector besides civil aviation.

On the occasion, Ambassador Deprez assured that a request would be made to call an EU technical team as soon as possible to observe the flight safety situation in Nepal. Assuring that the EU is assisting Nepal in strengthening its aviation security and will continue to do so in the future, she also urged Nepal to set up separate bodies to regulate and provide services in the civil aviation sector.

Pokhara will now be connected to the world: Minister Ale