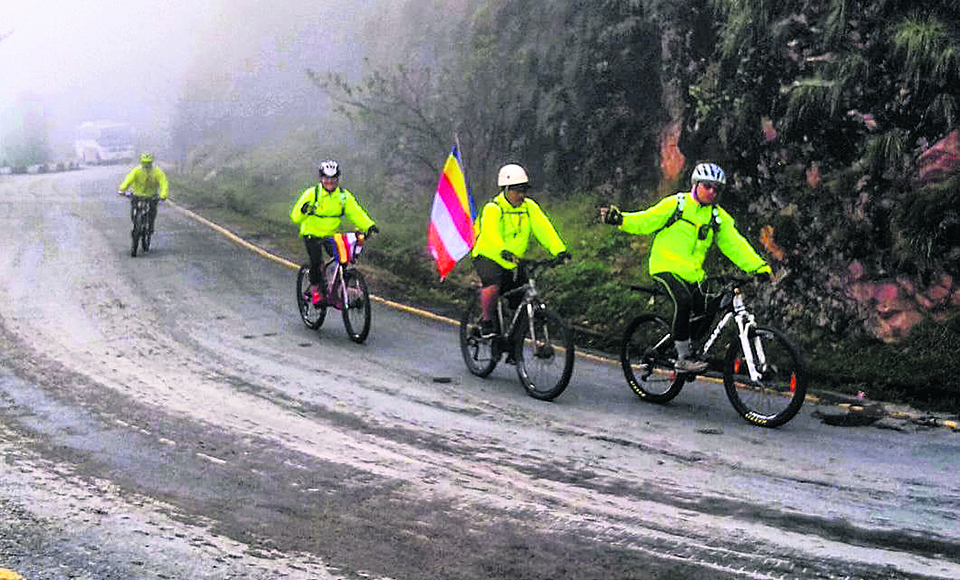 POKHARA, May 19: Cycle City Pokhara and Cycling Association Kaski organized a two-day cycling event from Pokhara to Lumbini with the objective of promoting internal tourism in the country. The event began from Pokhara on Friday and concluded in Lumbini on Saturday, on the auspicious day of Buddha Jayanti.

The organizers said they completed the tour successfully despite the risk of having to ride through the highways of the country amid unpredictable weather patterns.

There were 15 participants in the tour, which was organized to support Lumbini tourism campaign. They traveled along the route Pokhara-Palpa-Butwal-Bhairahawa-Lumbini, covering a total distance of 185 kilometers.

The cyclists began early in the morning from Pokhara (5:30 am) on Friday and reached Palpa the evening where they spent the night. On Saturday morning, they left for Lumbini.

The title of the event was 'Tour de Lumbini'. Cycle City and Cycling Association Kaski have been organizing the event every year.

"With the objective of promoting the Visit Lumbini Year, Cycle City and Cycling Association Kaski co-organized the event,” Shankar Adhikari, chairman of the association, said.

Tourism entrepreneurs stated that in order to promote tourism, it was essential that internal tourism be given priority. With the availability of cheap packages, the number of foreign tourists has increased tremendously. However, in the lack of proper promotion of the multitude of destinations, internal tourists haven't been attracted to these destinations, according to entrepreneurs.

"The campaign was organized to promote Nepal as a destination for Nepalis," Bhandari said. "We should first visit Nepal before touring abroad."

Over Rs 101 million commitments received from religious event in Pokhara