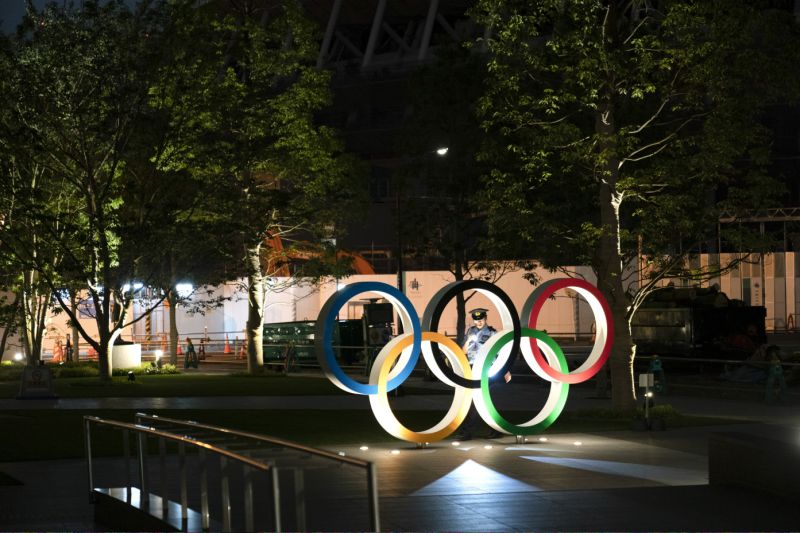 ATHENS/TOKYO, March 24:  A final decision whether to postpone the Tokyo Olympics because of the coronavirus pandemic will be taken in the coming days, sources within the Olympic movement told Reuters on Tuesday, as the United States joined calls for a delay.

Japan’s Sankei newspaper reported on Tuesday that the government were negotiating with the IOC to postpone the Games for up to a year, in what would be a first in the 124-year modern history of the Olympics.

The IOC and Japanese government had announced they would undertake a month-long consultation before making a final decision but there looks to have been a rethink as more and more voices joined the chorus of calls for a postponement.

On Monday, former IOC board member Dick Pound said the Swiss-based body appeared to have decided to delay the event, likely for a year, due to the virus.

The outbreak has now infected more than 377,000 across 194 according to a Reuters tally on Tuesday morning, with over 16,500 deaths linked to the virus.

Efforts to contain it have led to major travel, commercial and social restrictions, which have also hindered the ability of many athletes to prepare for the Games.

Canada and Australia have already said they will not be sending teams to Tokyo if the Games go ahead as scheduled this year, while Britain said it was likely to follow suit after meeting with sporting body representatives on Tuesday.

The United States Olympic and Paralympic Committee said it had listened to feedback from athletes and was encouraged by a clearer path towards postponement.

“Even if the current significant health concerns could be alleviated by late summer, the enormous disruptions to the training environment, doping controls and qualification process can’t be overcome in a satisfactory manner,” the USOPC said in a statement on Monday.

The United States is by far the most successful nation in the history of the modern Summer Games, while the rights deal with American broadcaster NBC to televise the Olympics represents from 50% to 70% of the IOC’s total annual revenues.

Tony Estanguet, head of the Paris 2024 Olympics organising committee and an IOC member, said a delay of the 2020 Olympics was likely.

“Today the Games are not the priority, the priority is health, and that is how the world of sports contributes to that international solidarity,” Estanguet said on France Info radio.

Japan and the IOC have said calling off the Games entirely is not an option but a delay would present major logistical difficulties given the crowded global sporting calendar and other commercial considerations.

World Athletics said on Monday they would be willing to move their 2021 world championships, scheduled for Aug. 6-15 in Eugene, Oregon to clear a path for a 2021 Olympics.

A groundswell of concern from athletes - already struggling to train as gyms, stadiums and swimming pools close around the world - appeared to be tipping the balance towards that outcome.

“I have ridden not just a rollercoaster but the entire theme park of emotions,” Keesja Gofers, part of the Australian women’s water polo team, said on Instagram.

“I am relieved. Athletes around the world will now have the chance at a proper preparation and the Olympics can, on whatever date they are held, continue to be a coming together of the world’s best at their best.”

An Olympics postponement would be a blow for host country Japan, which has pumped in more than $12 billion of investment, and huge sums are also at stake for sponsors and broadcasters.

A poll showed about 70% of the Japanese think it is appropriate to delay the Olympics, the Sankei said.

The Olympics have never before been delayed, though they were cancelled altogether in 1916, 1940 and 1944 during the two world wars. Major Cold War boycotts also disrupted the Moscow and Los Angeles Games in 1980 and 1984.

Taiwan says WHO ignored its coronavirus questions at start of outbreak

TAIPEI, March 24: Taiwan accused the World Heath Organization of ignoring its questions at the start of the coronavirus outbreak,... Read More...

Special Report: How Korea trounced U.S. in race to test people for coronavirus

LONDON/LOS ANGELES, March 7: Twenty-one people aboard a cruise ship that was barred from docking in San Francisco have tested positive... Read More...