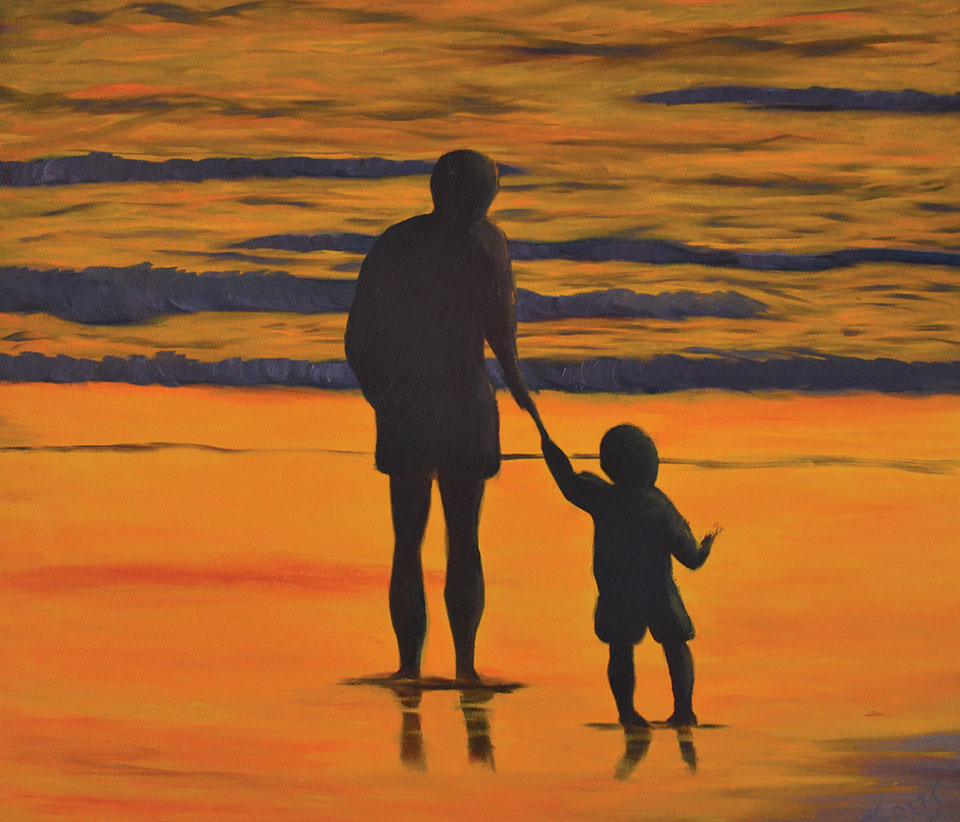 Until masculinity is measured by men’s ability to shuttle back and forth from one wife to another, gender equality will remain an elusive quest in Nepal

Every year, I get bombarded by emails from Nepali websites as Nepali Father’s Day nears. Looking at the records of my history of sent gifts, it is normal for these businesses to assume that I could be the client for Father’s Day too. But what they don’t know is, I don’t celebrate Father’s Day. I am among those who see father as nothing more than just a sperm donor. Those who do not fulfill their basic fatherly duties, including nurturing their children, do not deserve any special treatment on Father’s Day. Mine was largely absent from my childhood—when I needed him the most—therefore he lost his right to be celebrated. I stand strong on my conviction and have acted accordingly throughout my life. Anyone who knows me will attest to my conviction.

As I grew older, I realized that I was just one of the thousands of kids figuring out the world without an active supervision of a father. Psychologists might jump their guns and tie social and emotional deficiencies to kids growing without fathers. To some extent, that is true. But, it is also a fact that single parent homes are lot safer for the overall cognitive and emotional development of kids than those where violence and abuse resides in the form of father or someone else.

Luckily, I had other fatherly figures intact in the form of grandfathers and uncles to support my mother who had no choice, but take both the roles. Because of the stigma attached to “broken homes,” I had a rough childhood. I went through the “five stages of grief” and accepted my reality very young.

After entering the United States, I realized that my story was the story of millions. Even Barack Obama, one of my role models, grew up without a father. His book Dreams from My Father: A Story of Race and Inheritance is the result of that void. A picture of little Barack clutching his father’s hand after years of fatherless childhood speaks directly to me. Like Obama, 11 million American kids, just between 1990 and 2016, explored the world just through their mothers’ lenses. Unlike in Nepal, these kids in the US got the required protection from the state.

Citizenship and patriarchy
America has its fair share of Alpha Males—from the White House to the regular houses—trying to sustain patriarchy. The struggle to equality is ongoing. But, no child has to wait for a father’s approval to be considered a citizen here. My daughter might be fighting for other equalities, looking at the current American politics, but citizenship won’t be one of them. She received her proof of citizenship right at birth unlike her grandmother who fought for hers most of her adult life.

Nepal’s record to protect its vulnerable citizens is weak. It has not even attempted to keep track of them. But there is something that Nepal tracks pretty well—the movement of women for equality. Arresting women in black petticoats was the recent classic example. Patriarchy defines the dress codes for women. Men can protest with their chests exposed. But women can’t even protest with their chests covered. Patriarchy dangles its phallus at women fighting for justice or equality all the time.

I did not know how complicit the government could be until I got out of school and applied for my own citizenship. Instead of supporting those mothers who raised children single-handedly, the state made sure that patriarchy kept everything under its fold, including the right to citizenship. It not only kept women, half of the sky, first at the mercy of their fathers and later to their husbands, treating them as second class citizens, but also made sure that the children of those mothers, without the stamp of approval from their husbands, got nothing—not even their rights to citizenship.

The state has the responsibility to protect its minors and vulnerable from abuse. Instead, it doubled down on them by denying them citizenship and turned them stateless. It punished all single mothers, including mine, psychologically, for daring to challenge the status quo. It did not take long for me to understand that patriarchal social order was the real reason behind all those unhinged fathers. Until masculinity is measured by men’s ability to shuttle back and forth from one wife to another, in broad day light, mocking at the polygamy laws in the books, gender equality will remain an elusive quest in Nepal. Patriarchy is making sure that those laws are not executed or are rendered toothless when used.

Patriarchal masculinity
Nepal has seen the change of many governments in the last decade. Even the entire system of governance has changed twice. But what have remained largely intact are the laws that continue to question the existence of women who have dared to live a life sans men. I recently read a write-up by Deepti Gurung in Nepali Times who appears to be fighting the same fight for her two daughters that my mother fought two decades back for me and my brother.

I am awestruck to read that even today Nepali mothers can’t secure citizenship rights for their children. Half of the world recognizes its citizens at birth, without asking for a father’s name. It is disturbing to read that Nepali Citizenship Act still requires a father’s name, or a husband’s stamp of approval, to get recognized as a citizen. Mothers and daughters are still denied citizenship in the absence of an acceptable male figure willing to attest to the phallocentric social order. This is nothing but patriarchy dangling its phallus for dominance. In this context, Father’s Day is nothing but self-aggrandizement: Patriarchy’s desire to legitimize the oppression it is perpetuating for centuries.

Patriarchal masculinity is imbedded into society to the extent that it is almost impossible to break free from it because there are thousands of fathers who are contributing to keep this state of patriarchal masculinity intact. They are the real reason behind the stalled social change for women’s equality. In my opinion, they do not deserve to be celebrated on Father’s Day—definitely not from their daughters. And those sons who do not stand up against the Alpha male fathers of their households, are complicit too. If they can compromise the freedom of their mothers, and sisters today, they surely can do the same to the freedoms of their wives and their daughters tomorrow. This struggle for equality needs the support of those fathers who are observing father’s day. Those fathers whose mouths are opening up for a sweet treat from their daughters today, can surely open up for demanding equality for the same daughters tomorrow. The question is: Will they?

Father’s day is the celebration of those fathers who have fulfilled their responsibilities and raised their children—fed them, bathed them, clothed them, cooked for them, wiped their tears, clapped for them, cried with them, nurtured them, and prepared them for the future without parental oversight. Father’s Day is not a free ride. Only those who have fought to remove the toxicity of patriarchal masculinity from the lives of their daughters, and injected the spirit of equality on their sons, have the right to this day. Happy Father’s Day to all of those fathers!

The author is Cofounder at Advocacy for Refugee and Immigrant Services for Empowerment (ARISE), a nonprofit organization based in Massachusetts
baral.mukesh@gmail.com

Actor Shruti Haasan says she has learnt to navigate through the "lopsided" gender dynamics on a film set, where the... Read More...

My City went out on the streets and asked random questions to public, became successful to get interesting answers and... Read More...

KATHMANDU, March 8: A nun wrote a 200-page-long autobiography 300 years ago. It was found at Rifuk and Gakar monasteries... Read More...