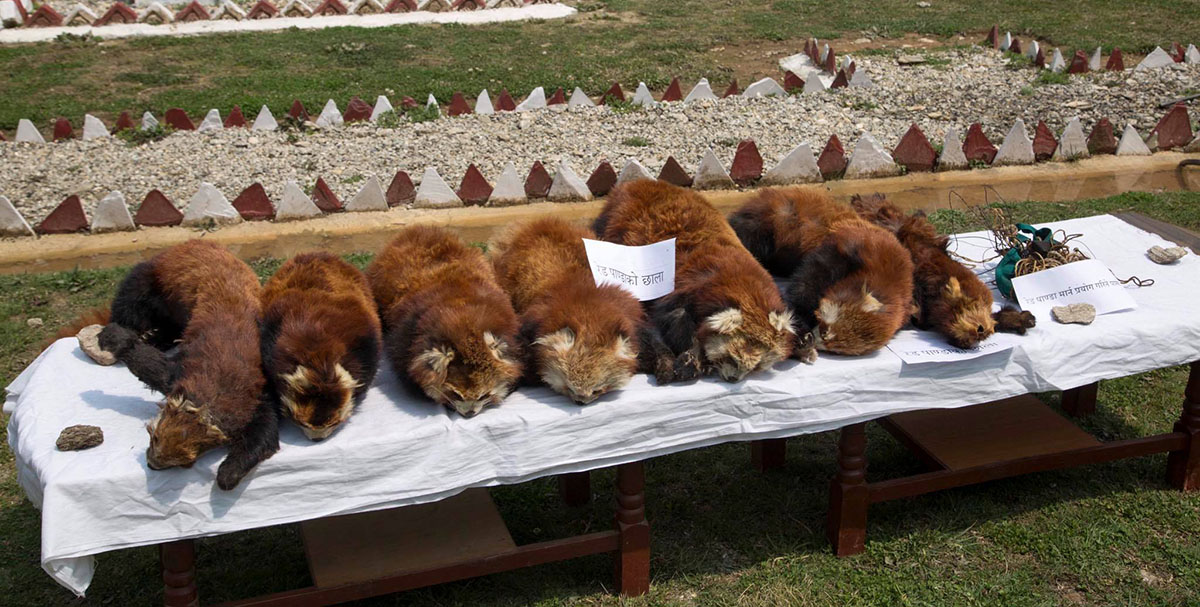 Acting on a tip off, a team of police deployed from the District Police Office, Solukhumbu apprehended Jagat Bahadur Rai, 76, Miturdhan Rai, 57 and Kabir Shankar Rai, 56.

According to Deputy Superintendent of Police (DSP) Kabit Katawal, police seized seven pieces of hide of the endangered animal and five pieces of trapping gears.

Further investigation is underway after bringing the arrested persons to the DPO, Solukhumbu.

As per the National Parks and Wildlife Conservation Act-1973, they will be sanctioned a jail term upto 15 years or a fine between Rs 500,000 and Rs 1 million if they are proven guilty, according to police.