Three-fourth of taxes will be collected from internal sources: FinMin 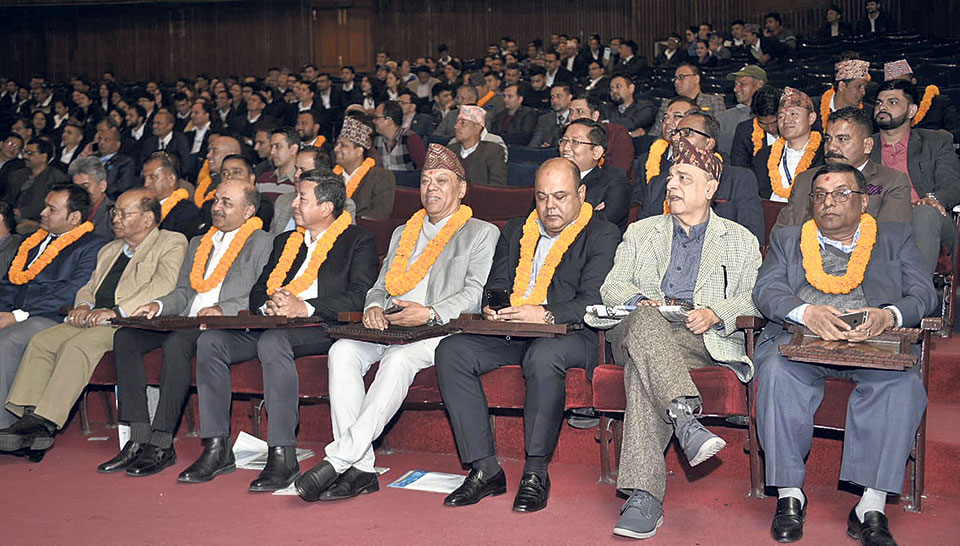 Speaking at an event organized on the occasion of 8th National Tax Day in Kathmandu on Sunday, Khatiwada said that the government was committed at increasing the share of internal resources even though it may be hard in the beginning. “But we will make amendment to tax policy and law,” he added.

Stating that the economy was in a transitional phase, Khatiwada said that business fraternity is now used to VCTS, PAN, and other ICT systems.

He also said Nepal had comparatively lower public debt in South Asian countries because our revenue collection has met some portions of expenses. “We accept the fact that confusion in tax policy exists, but we are determined to clear them as we move forward,” he said, adding: “All the tax compliances in the federal system regarding the financial aspects will be resolved within the current fiscal year and works will be done in such a way that business environment is not affected.” 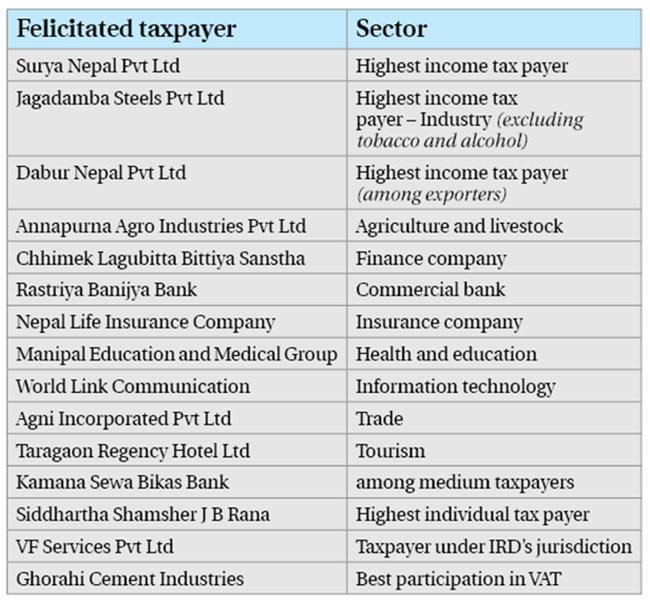 15 LARGEST TAXPAYERS FELICITATED
The government has felicitated 15 largest tax-paying companies, including an individual, for their contribution to government revenue in FY2018/19.

The government has been felicitating companies and individuals on national tax day for the past few years to honor taxpayers and encourage tax compliance.

KATHMANDU, June 5: Although the government almost every year revises the customs duty and excise duty on alcohol to collect... Read More...