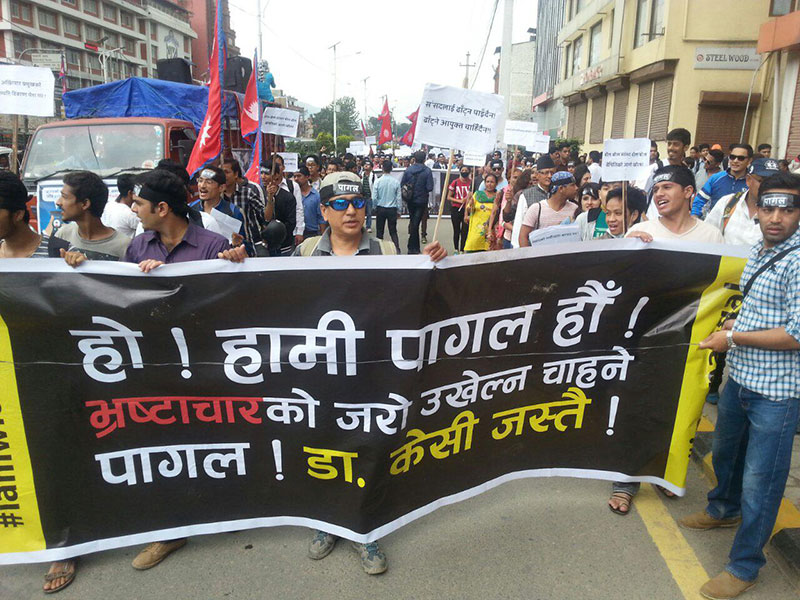 KATHMANDU, July 30: Thousands of civil society members and independent citizens are taking part in a campaign titled “Walk with Dr KC” on Saturday.

Shouting slogans, ‘Yes! We are Mad! Mad to Root out Corruption! Like Dr KC!”, the rally gathered at Maitighar Mandala before marching toward Legislature-Parliament building in New Baneshwar.

Dr Govinda KC, a crusader against the anomalies and aberrations in the medical education sector, however, could not  join the rally at Maitighar Mandala on the ground of his health condition. He joined  the rally at New Baneshwar, Republica Photojournalist Bijaya Rai told Republica Online.

KC had ended his 16-day-long fast-unto-death  this week follwing an agreement with the  governemnt. He has been demanding reforms in the medical educaiton sector and impeachment of Chief Commissioner of the Commission for the Investigation of Abuse of Authority (CIAA) Lokman Singh Karki.

Addressing a corner meet at new Banewsar, Dr KC said he was not confident that the agreement reached by the government with him would be implemented. He said his movement was to ensure access to medical education to all Nepalis, irrespective of their financial ability.

He also accused the Chief of the Commission for Investigation of Abuse of Authority (CIAA) of going beyond his jurisdiction.

On the occasion, Dr Jeevan Chettri, Ranju Darsana, Srijana Biswakarma and Asmina Ranjit among others said that the movement would continue until the demands raised by Dr KC were fulfilled.

The event has been organized by Solidarity for Prof Dr Govinda KC Alliance to express solidarity against the corruption in Nepal. 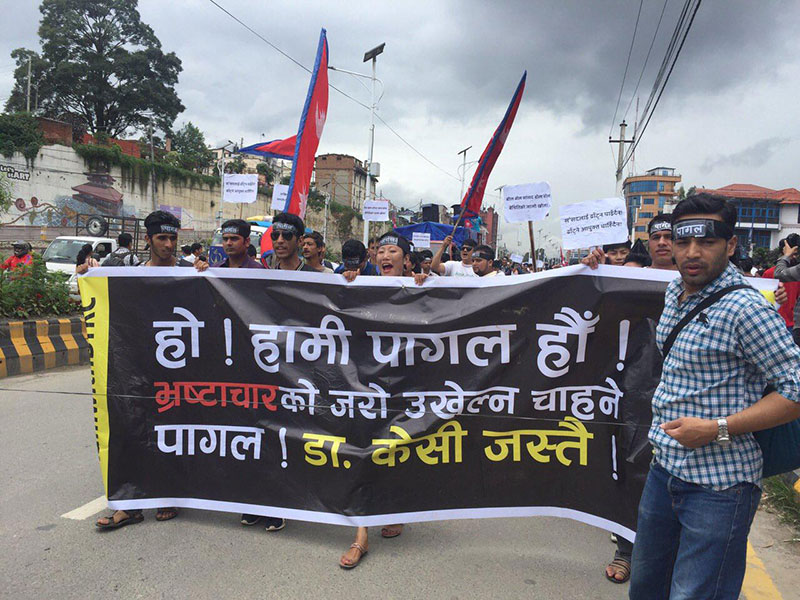 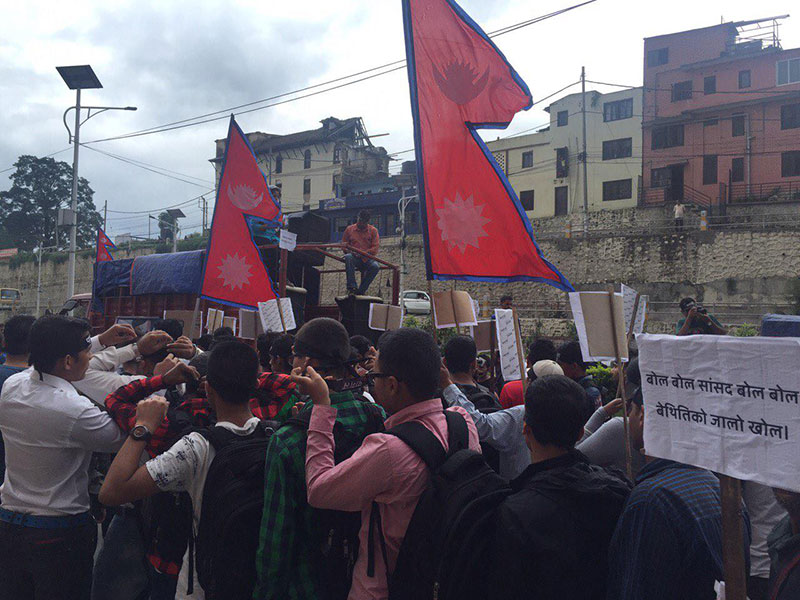 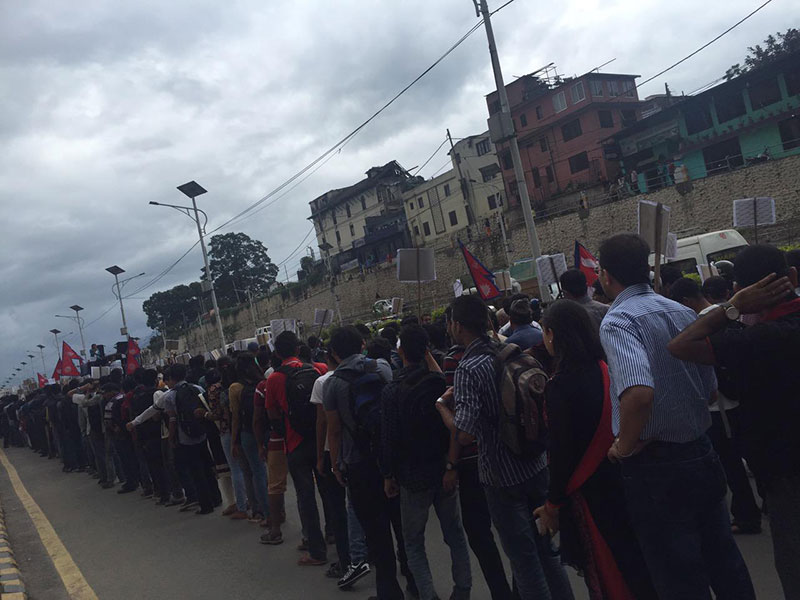 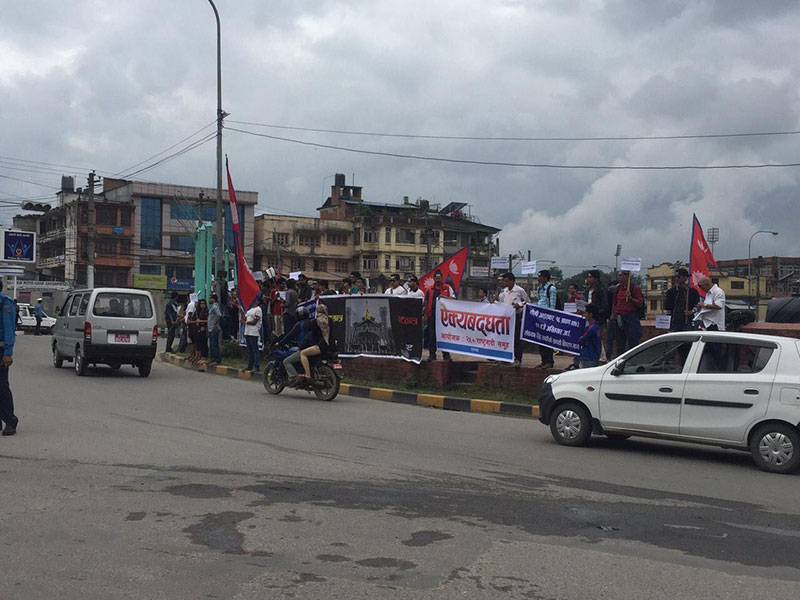 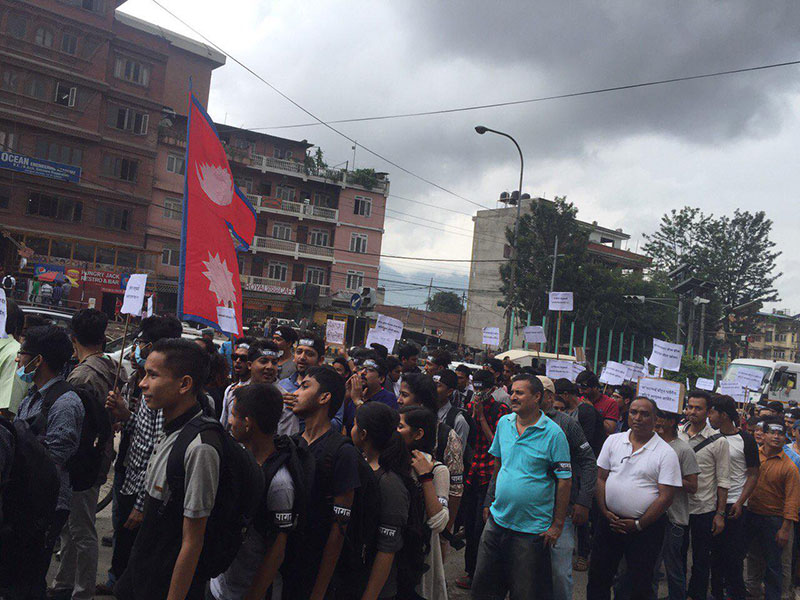 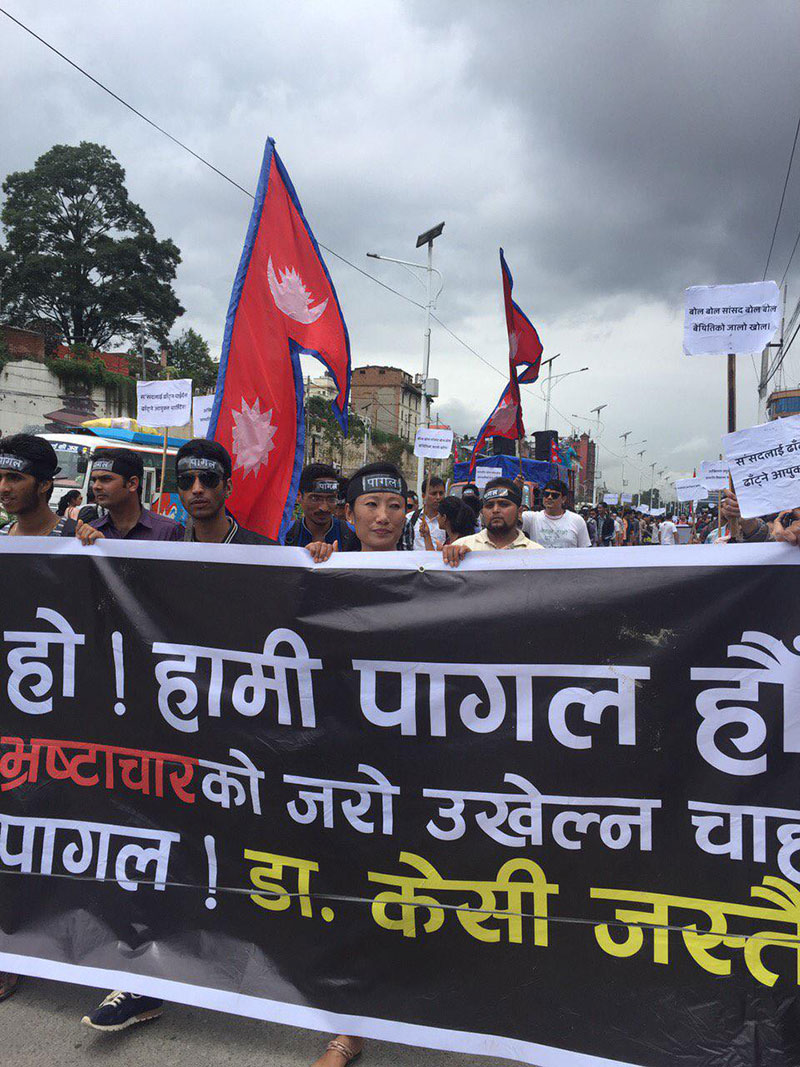 British lawmaker stabbed to death in 'terrorist incident'
20 hours ago