KATHMANDU, April 17: Third week of the lockdown, first implemented on March 24 has forced thousands of people to walk home as businesses are shut down in cities. Lockdown has hit hard the lives of daily bread earners, especially those working in construction sites and factories. Government has put in place strict measures to enforce the lockdown. Thousands of workers in the informal sector depend on daily wages. Income has dried up and they have no option but to leave for their homes. Scores of people are heading home during the night.

Painful stories of children, women and physically challenged people walking home are pouring in from across the country.

Meanwhile, social media users have blasted the government for ignoring the plight of the stranded people. People are sharing heart-wrenching photos of people walking home, for days and weeks.

A Twitter user by the name of @Poudel_NR suggested the government should use the vehicles of the Nepal Army to take these people home. Another Twitter user, @Jad_bharat, is angry. He says the people walking home have no other option. “Why are they being asked to return?”

People walking home face multiple problems on the way. First, they are rarely allowed to make an exit from the Valley. So they have to sneak at night. The local bodies have restricted entry of people in their places.

Labourers are hit hard not only in Kathmandu but also in cities across the country. The laborers working in reconstruction, government offices and houses in quake-hit Gorkha have been reported to have left for their homes. With just beaten rice and water, they have left for Bardiya and Kailali, about 400-500 kilometers from Gorkha. It will take them days, if not weeks to reach home by foot.

“After our request for a vehicle permit was denied, we decided to walk home rather than to die of hunger here,” said Netra Ram Chaudhary, one of the laborers.

People also complain that the distribution of passes for vehicles has not been fair. Ram Prasad Adhikari wrote on Twitter, “People who have access to power are misusing passes while those who don’t have access are neglected by local administration, police, medics and local representatives.”

A Republica correspondent from Nepalgunj on Friday reported that a group of laborers reached Banke after a week-long walk from Lalitpur. Their feet were swollen. Pratap Singh Rana of Lalchandi-7, Kanchanpur, said he had never experienced such hardship in his lifetime. “I don’t feel like a citizen of this country,” he lamented.

According to Rana, the journey from Kathmandu to Banke was awful. “We walked on foot. We also travelled on empty trucks, but it was difficult,” he said. He also added that the government never thinks of the poor and the needy.

Accountability Lab has run an infographic of 17 laborers who walked from Kathmandu to Rajapur, Bardiya. It took them a week to reach home, covering a distance of 575 kilometers. 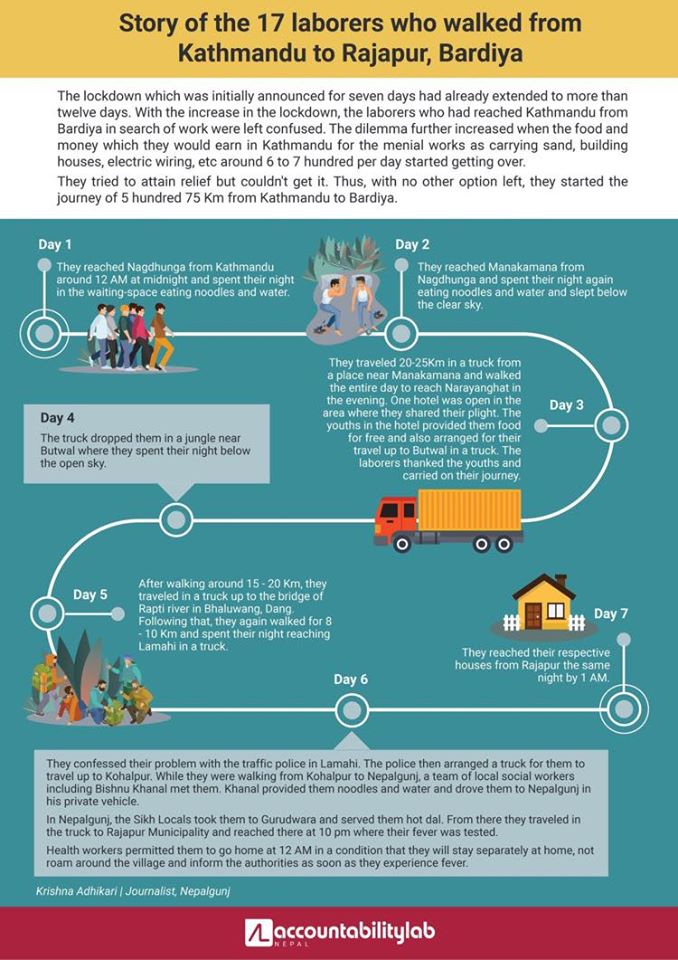 The government, however, was planning to send the stranded people in Kathmandu to their hometowns, according to Minister Lekh Raj Bhatta. However, due to protests by provincial and local governments, the decision was quickly scrapped. 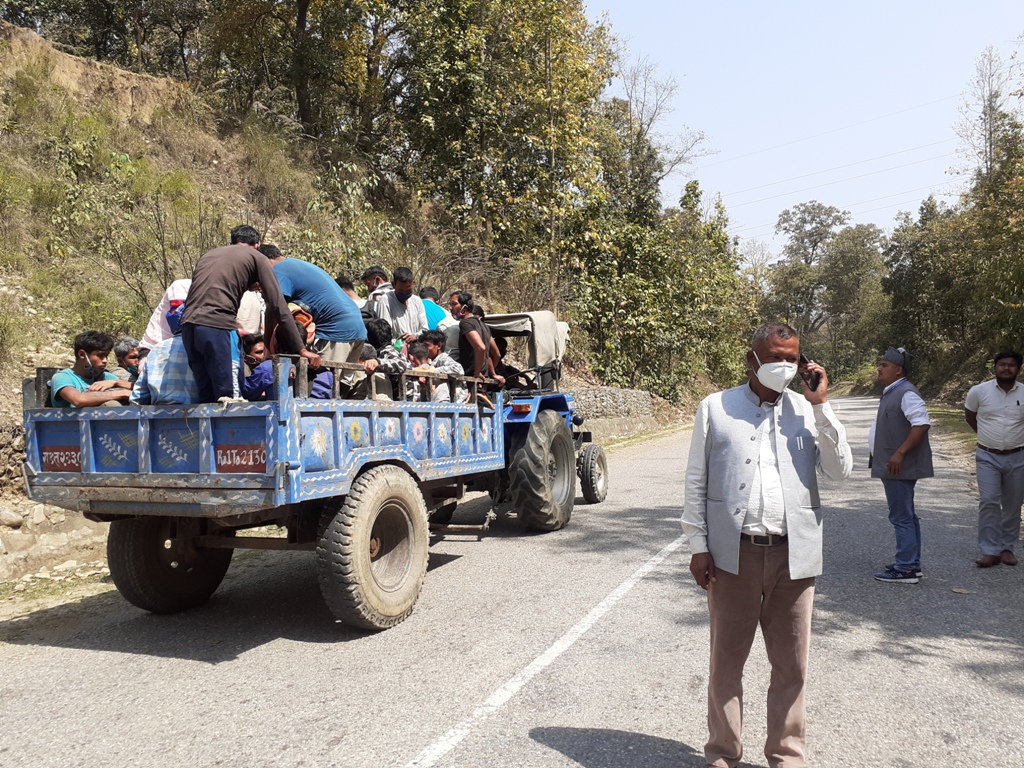 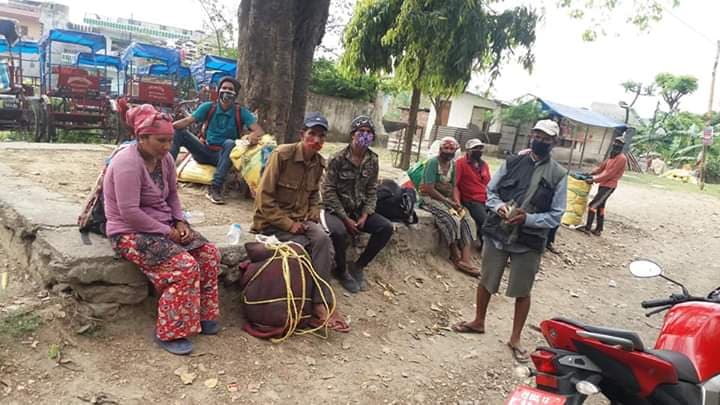 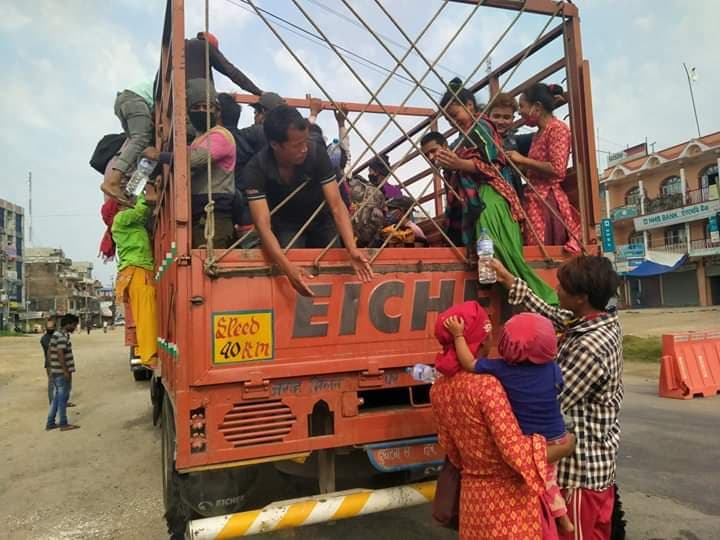 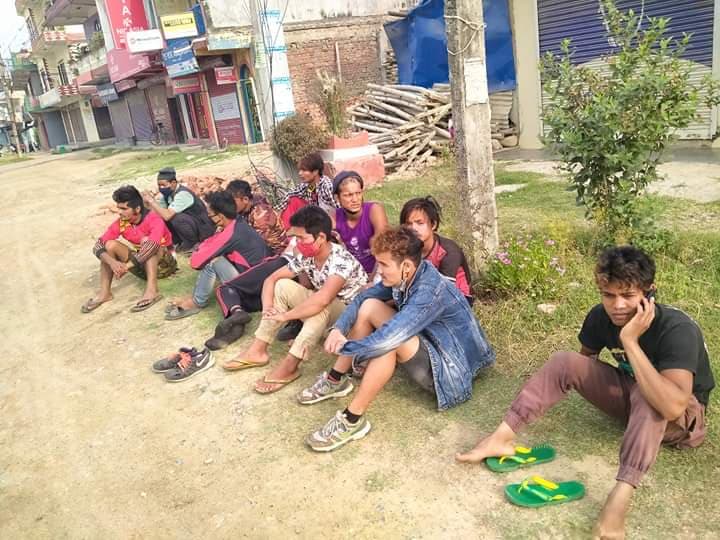 KATHMANDU, April 22: Number of people leaving Kathmandu for their villages has kept on increasing as prolonged lockdown order has... Read More...

Trade through Tatopani suspended for 20 days
24 minutes ago