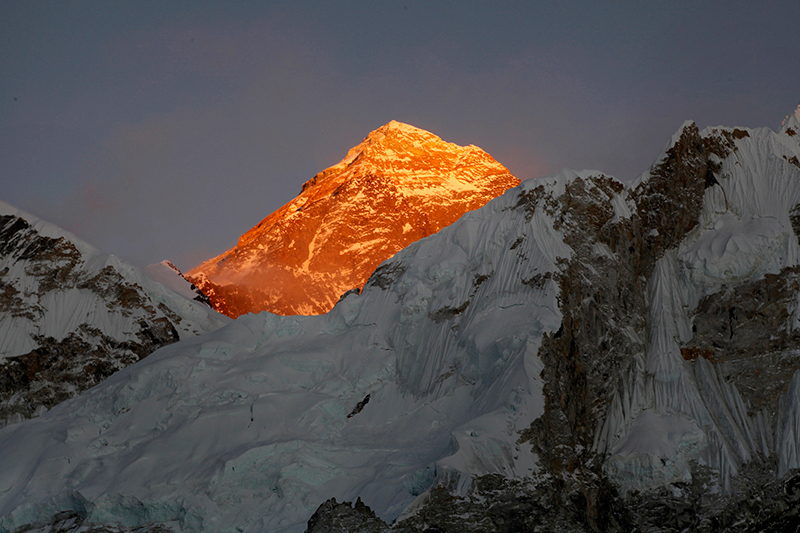 SOLUKHUMBU, June 2: This year's spring climbing season has ended with the total 500 climbers having made it to the top of Mt. Everest. The expedition that started from May 15 lasted about 15 days and 500 mountaineers scaled the tallest peak of 8,848 meters, according to the Department of Tourism.

The total 500 climbers including the Sherpa guides took permission from the Department divided into 42 expedition teams, a Department official said.

Besides, some expedition teams had to return midway due to bad weather, said Gyanendra Shrestha, the government liaison officer based at the base camp. Some of them are on the way down while others have already returned to Kathmandu, he added.

Meanwhile, an Indian national Anshu Jamsenpa who set a new record by climbing Mt. Everest two times in a single week in this year's season was honoured by the Department. Jamsenpa was presented with a certificate amid a function.

More details of the expedition teams are yet to come by as the climbers are on their way back to the base camp, said the Department Chief Durga Datta Dhakal.

The total five mountaineers (one Nepali and four foreigners) and a cook were killed this year due to various reasons on the climbing course. RSS

After 3 years, MH370 search ends with no plane, few answers

In Pictures: Students take to the streets demanding justice for Sadiksha Chaudhary
36 minutes ago