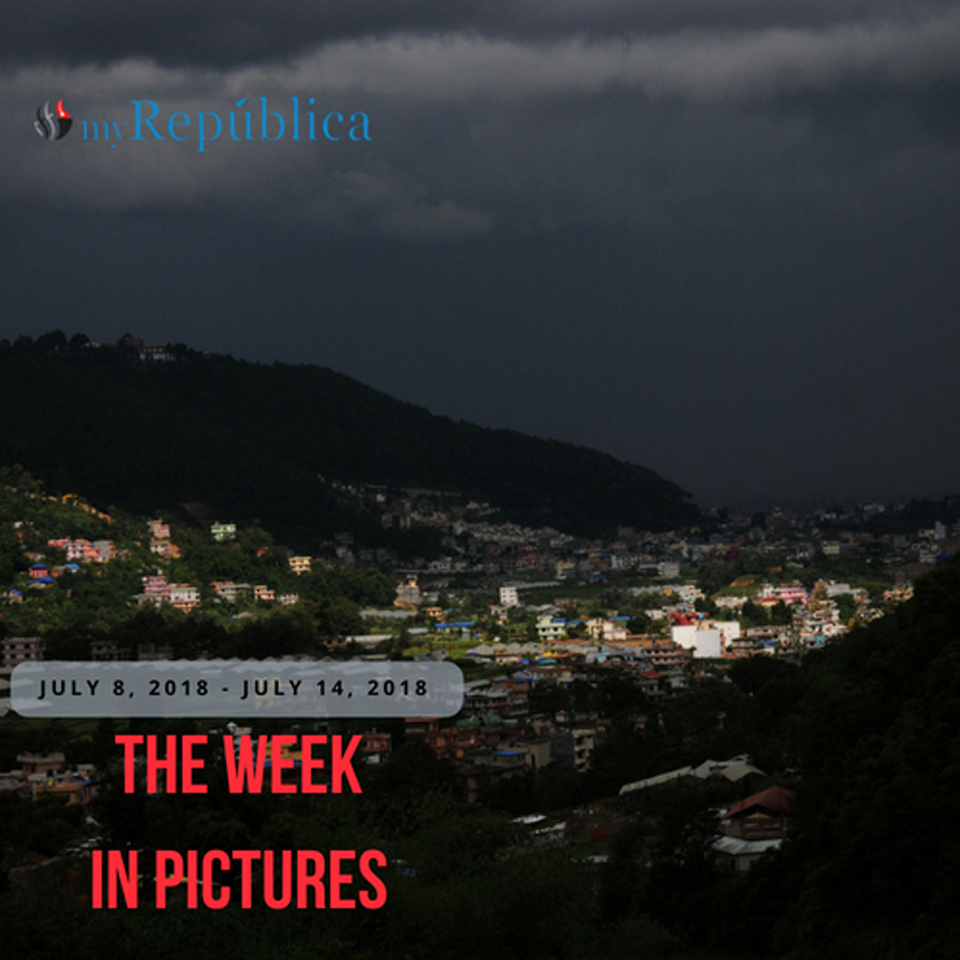 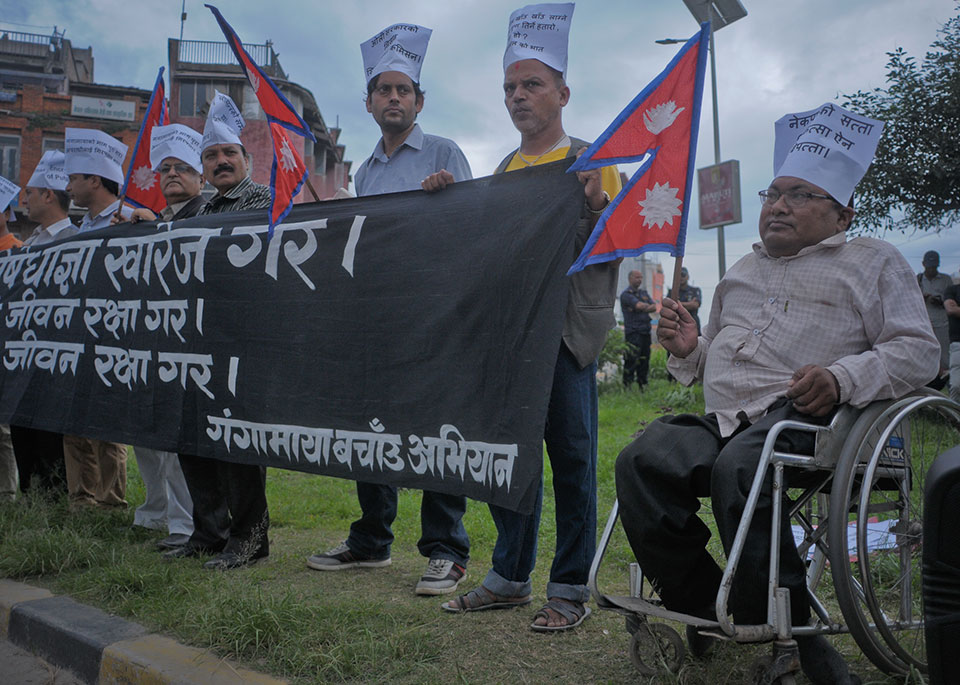 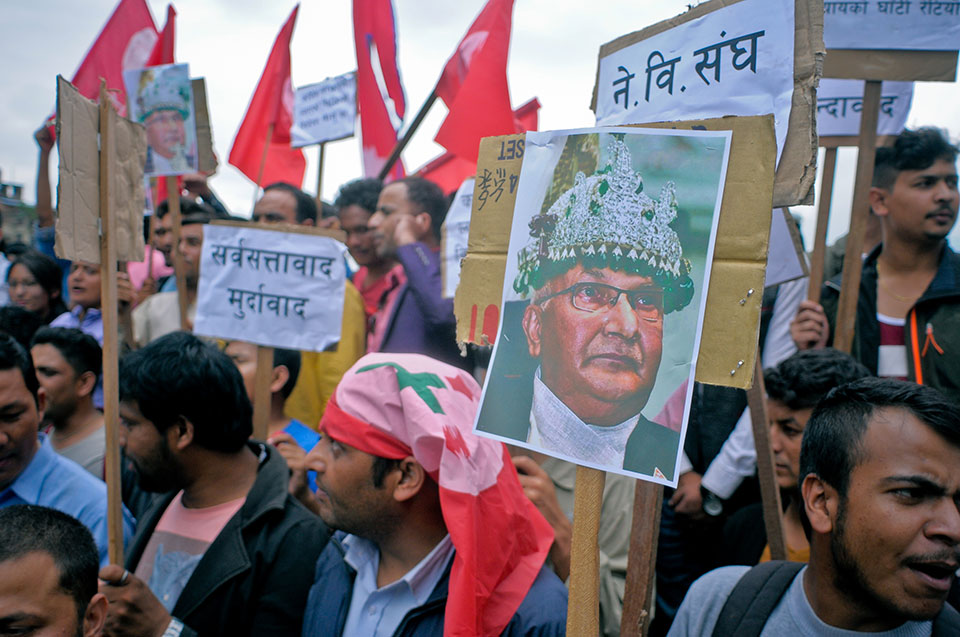 July 11: The back of the one horned rhino taken on Wednesday as Prime Minister KP Sharma Oli handed a couple of rhino named Bhadra (male) and Rupasi (female) to Chinese Ambassador to Nepal Yu Hong amid a program in the Capital.  Photo: Dipendra Rokka 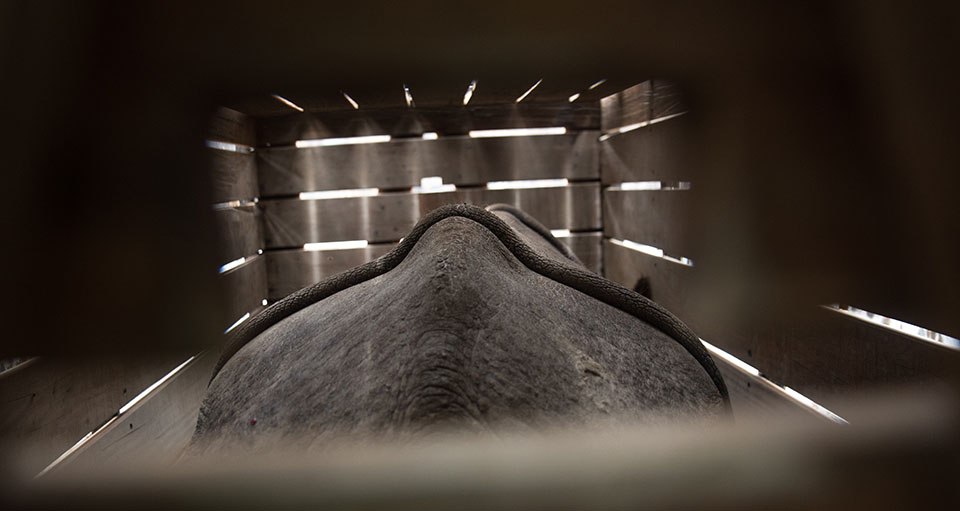 July 13: Ganga Maya Adhikari breaks 45-day-long hunger strike at Bir Hospital ICU ward on Friday by taking a sip of juice.  She had been staging a fast-unto-death at Bir Hospital demanding stringent action against the murderer of her son Krishna Adhikari. Photo: Pratik Rayamajhi 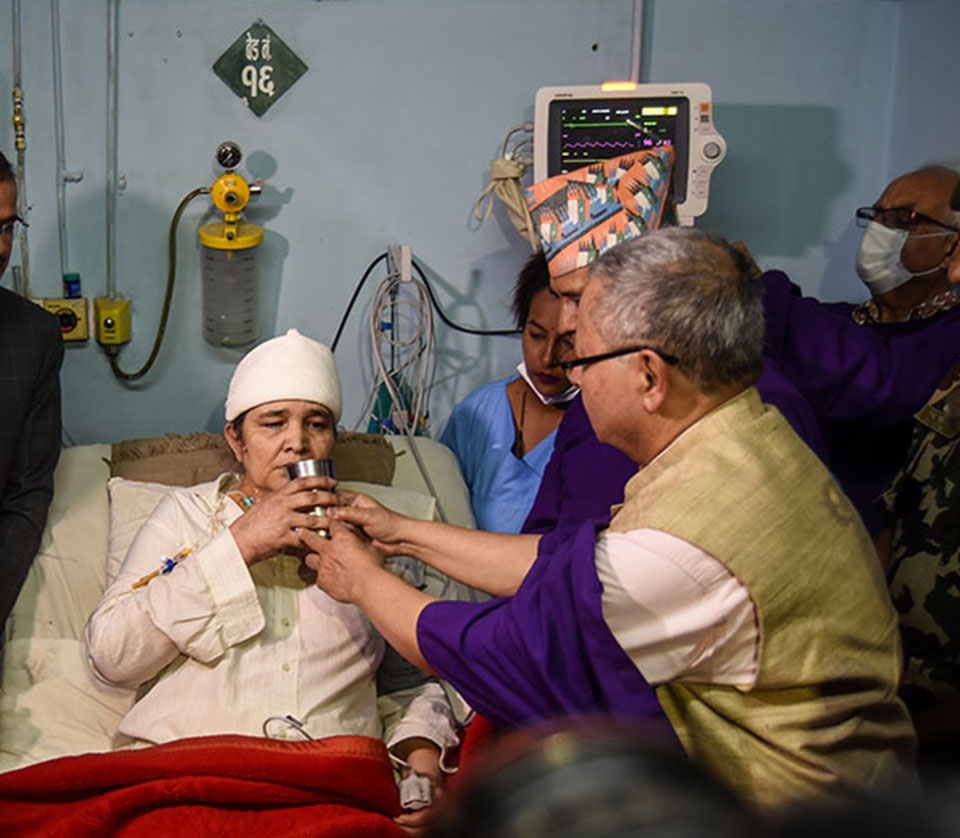 July 14: Police stand on high alert as protestors press the government to save life of Dr. Govinda KC, who is on his 15th fast unto death hunger strike at Jumla. Photo: Sujan Shrestha