The US and China must cooperate in space 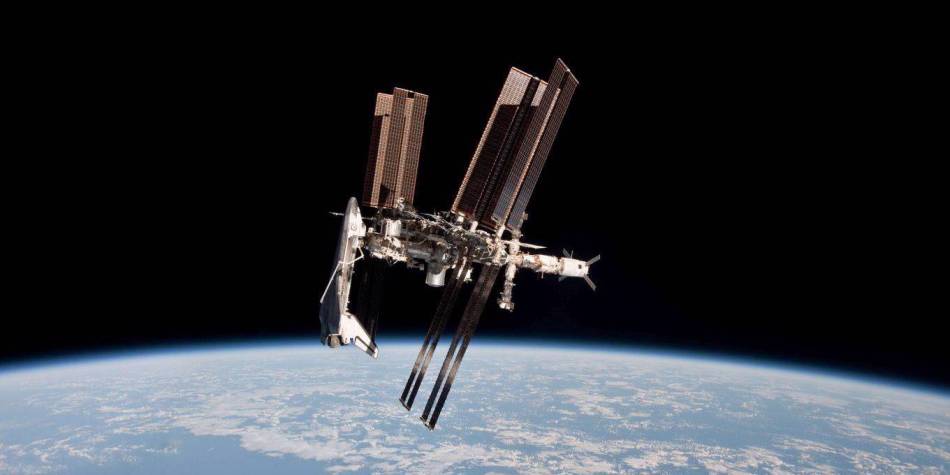 Both China and the US, along with the rest of the world, would benefit from a set of clear rules governing the exploration and commercialization of space.

WASHINGTON, DC – America and China should cooperate in space. Although the United States can no longer take its extraterrestrial dominance for granted, it remains the leading player, while China’s space capabilities are growing fast. Most important, both countries, along with the rest of the world, would benefit from a set of clear rules governing the exploration and commercialization of space.

China made history in 2019 by becoming the first country to land a probe on the far side of the Moon. It continues to notch up impressive achievements, most recently its Chang’e-5 mission to retrieve lunar samples. Former US President Donald Trump also took an active interest in space, announcing that America would return astronauts to the Moon by 2024 and creating the Space Force as the newest branch of the US military.

The next phase of competition in space will be to establish a mining base on the Moon. Lunar mining is important for two reasons. First, ice on the moon’s surface can be converted into hydrogen and oxygen and used as rocket fuel, which is crucial for deep-space missions.

The second reason is closer to home: the moon’s surface contains highly valuable rare-earth metals that are used in technologies like cellphones, batteries, and military equipment. China currently produces approximately 90 percent of the world’s rare-earth metals, giving it significant leverage over other countries, including the US. By sourcing these metals from the moon, countries could reduce their dependence on China.

Historically, mining and any other claims to objects in space were considered to be prohibited by Article II of the 1967 United Nations Outer Space Treaty (OST), which states that “outer space […] is not subject to national appropriation by claim of sovereignty, by means of use or occupation, or by any other means.”

This agreement resulted from collaboration between the US and the Soviet Union, the two leading space powers at the time. Despite their rivalry, they were able to establish a framework for space exploration that prevented militarization and, inspiringly, regarded astronauts as “envoys of mankind.” The hotly contested Space Race continued—as did the larger Cold War—but with norms in place to protect the common good.

This regime began to fracture after the adoption of the 1979 UN Moon Agreement, which sought to place private commercial claims to space resources under the purview of an international body. No major spacefaring power ratified the accord, and the legality of private claims in space remained murky. Then, in 2015, the US Congress granted US citizens the right to own any materials they extract in space, opening the door for commercial space exploration.

In October 2020, Trump took matters even further by initiating the Artemis Accords—a set of bilateral agreements between the US and Australia, Canada, Italy, Japan, Luxembourg, the United Arab Emirates, and the United Kingdom that set out principles for future civil space exploration. The accords claim to affirm the OST, but actually expand the US interpretation of commercial space law by stating that mining “does not inherently constitute national appropriation under Article II” of the treaty.

With these accords, the US and the other signatories are bilaterally—and dubiously—interpreting an international treaty, and attempting to determine future commercial interests in space without a multilateral agreement. Absent international standards, countries could engage in a race to the bottom in order to gain a competitive advantage. Unregulated commercial activity could cause a host of problems, from orbital pollution that jeopardizes spacecraft to biological contamination of scientifically valuable sites.

Moreover, the Artemis Accords deliberately circumvent the UN to avoid having to include China, thus souring international space relations just when cooperation is needed to tackle common challenges. China has historically been excluded from the US-led international order in space. It is not a partner in the International Space Station program, and a US legislative provision has limited NASA’s ability to cooperate with it in space since 2011.

If the US managed to coordinate with the Soviet Union on space policy during the Cold War, it can find a way to cooperate with China now. The two countries will likely remain at odds on many issues, including trade, cybersecurity, internet governance, democracy, and human rights. But President Joe Biden’s administration must also recognize those areas where cooperation is in America’s best interest. Global threats like pandemics and climate change are obvious examples; setting norms for commercial activities in space is another.

As a first step, the new administration should distance itself from Trump’s accords and instead pursue a new course within the UN Committee on the Peaceful Uses of Outer Space. Biden can restore some of America’s global legitimacy by working to establish a multilateral framework, negotiated with all relevant parties, that protects areas of common interest while granting internationally accepted commercial opportunities.

This will not be an easy task, given that US-China relations are at their lowest point in decades. But the alternative is bleak. Without an international framework that includes all major spacefaring countries, the Moon could become the next Wild West. China is unlikely to be a responsible partner in a space order that does not afford it the position it deserves. Isolating China could even lead to a territorial clash with the US over prime real estate at the Moon’s south pole, where precious ice reservoirs are thought to be located.

The wonder of space inspired rival powers to work together in the interest of mankind once before. With effective leadership in the US and China, it can happen again.

Anne-Marie Slaughter, a former director of policy planning in the US State Department (2009-11), is CEO of the think tank New America, Professor Emerita of Politics and International Affairs at Princeton University, and the author of Unfinished Business: Women Men Work Family. Emily Lawrence is a fellow with the Aspen Strategy Group at the Aspen Institute.