'The pressure to deliver made us to explore new markets' 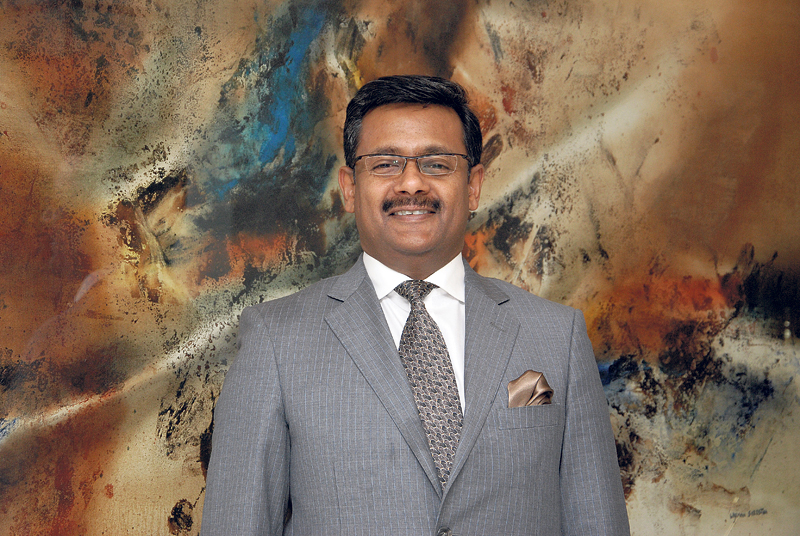 Kuvera Chalise of Republica talked to Upaul Majumdar, the General Manager of Soaltee Crowne Plaza, on the accolades that the hotel has won in the most difficult times for Nepali tourism industry among other issues.

Hotel Soaltee Crowne Plaza is winning accolades after accolades. What magic wand do you have?
It is the strength of the great team that we have with Soaltee Crowne Plaza. We have established certain records that we think are great. All these accolades and awards are public recognition that we are doing right things. It is an industry indication that we are doing right things. Very soon, we will have most of the leading hospitality brands here. So, it is time to prepare our team to compete with these global brands.

It is the first time that Soaltee has won the largest foreign exchange earner award. Why it took so long for arguably the best five-star hotel in the country to receive the honor?
It’s combination of things. We found the traditional business dried up after the earthquake and the blockade. Most of the people in Europe and the US decide six to eight months before to travel. Lots of contracting happens at the beginning of the year. As the blockade was until March, traditional business was not confirmed. Therefore, we went out and got other business. That is one thing that contributed a lot.

You mean to say that without the earthquake or the blockade that shift from traditional market to new ones would not have come?
It’s very difficult to answer. But if you ask me, yes, it would have come because as a team we have been working very hard on this area of business. We have also done a lot of focus in terms of getting a value for business. What I feel personally is that all of us in the tourism industry, the hotel industry, we have been underselling Nepal.

We have not been giving fair value. Soaltee Crown Plaza - as a part of the InterContinental Hotel Group (IHG) - does not compromise on a single brand standard. So, whether we have 20-25 occupancy or 80 percent occupancy, we still have to maintain our standards in every aspects of service. To maintain all these standard quality, our cost of operation is still very high. We are also audited in all this, and it’s mandatory for us. When you are in business, you have to maintain this breakeven. So, that is why, there is lots of focus and pressure in getting results. So, this pressure made us explore new markets. We started going out to get business. It also contributed in our earnings.

The other thing is we are quite used to being here and the business comes our way. But because it was not coming, we did a sustained strategy in tapping three countries -- India, China and Bangladesh.

We did some joint business promotion with Chinese airlines and Chinese tourism authority. In India, we are dependent on the IGH network. We did lots of joint promotion. We also did joint promotion in Bangladesh. Besides that, we did partnerships with Nepal Airlines and Casino Mahjong. Besides traditional market of Delhi, the NAC partnership also brought us guests from Mumbai and Bangalore.
Besides our regular channel of businesses, we tried out many different things like FAM tours. We asked the guests to come to Nepal and see the real situation after the earthquake. To our surprise, 90 percent said: “If I had not come, I would not believe that it’s so good, that there is nothing wrong or damaged except for a few.”

What is the contribution of MICE tourism in your overall business?
The Meeting, Incentive, Convention and Exhibition (MICE) segment brings 30-35 percent of our business, which was not there earlier. It just happened because we went out to the market and tried to bring the business.
Similarly, lot of business picked up in leisure, FIT and package tours. We sold lots of packages.
Basically we moved away from the traditional mode of business and went out to discover new things. We did staycation in hotel for the expats in Kathmandu for the weekends. We did a lot of different new things that got us dividends. People are very happy to pay if you give them quality service. There is market, if you deliver.

KHOTANG, Jan 1: A recent survey conducted by the District Health Office (DHO), Khotang shows that around 75 percent of... Read More...