The journey of a judoka 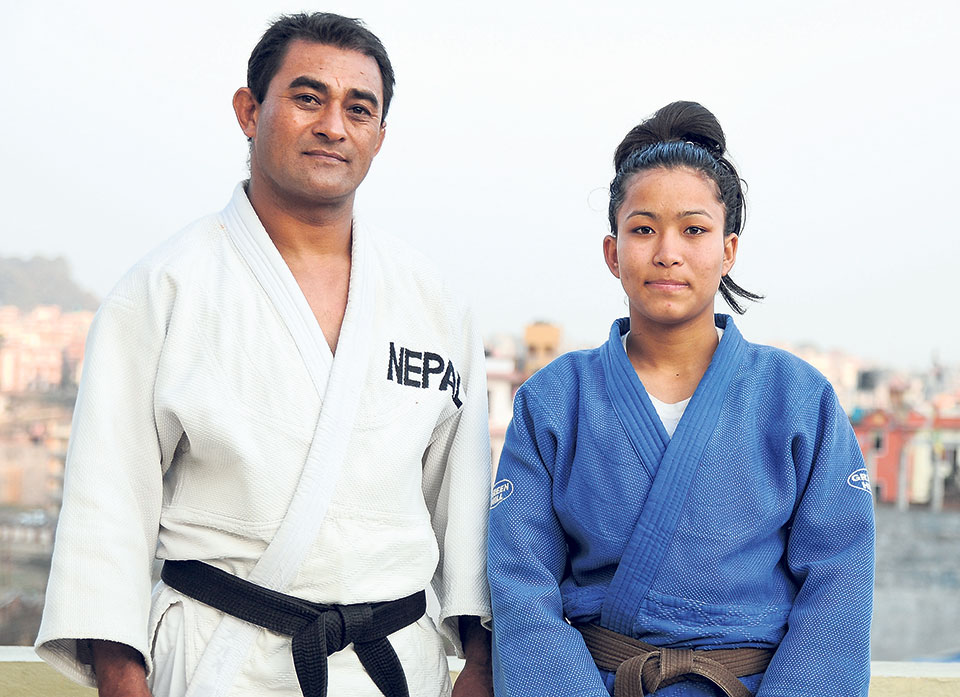 Manita Shrestha Pradhan is the first Nepali judoka who created history in Nepali Judo by winning the Asian Judo Championship 2017. This was the first win for Nepal in 29 years. Along with that, she has also represented Nepal in more than 24 national and international judo championships so far. For a girl who is just 18, these achievement is simply the result of support from her coach and her dedication towards attaining success itself.

Shrestha was brought to Prisoner’s Assistance Mission (PAM), an organization that provides shelter and care to prisoner’s dependent children, at the tender age of five. She’s been living there ever since, growing up and studying as well. Reminiscing about her initial days when she landed on PAM, she shares that she had no plans on what she wanted to do in life. It was her caretaker and coach, Surya Narayan Shrestha, who noticed her strength and counseled her to take up judo as a career.

“If I hadn’t met him, I would not have known anything about judo. He was the one who introduced me to it and honed my skills to make me who I am today,” says Shrestha adding that she loves everything about the sport now. From the harsh trainings to competitive international championships, Shrestha confesses she enjoys every aspect of it. Learning unique techniques and teaching her friends these tricks are her favorite parts of training.

Besides having great judo instincts, Shrestha is also a great dancer. She enjoys creative work and reading short stories and poems. The hardworking girl is also currently studying in grade ten at Bal Bikas Secondary School in Ranibari.

Shrestha participated in her first tournament in 2009. Since then, she had been successfully able to bag many gold, silver, and bronze medals in different championships. She will be now preparing for the 2020 Summer Olympics that will be held in Tokyo, Japan. However, her journey so far has not been an easy one. Her coach mentions how hard is it to disarm players’ anxiety alarms right before their performances.

“Our kids are habituated to practicing in a small stadium with limited equipment. But the scenario is very different abroad. The players usually get nervous looking at the huge stadium, extraordinary lightings, and experienced players. The same was true for Manita as well. We need to counsel and take control of their emotions before every match to make sure they do their best,” he shares.
Initially, Shrestha was introduced to judo in a bid to make her self-confident and disciplined.

However, she has made it further than her coach ever expected. And now, he thinks she has what it takes to become one of the very best judoka in the world. But Shrestha is taking it one day at a time. She just wants to keep playing and see where that takes her. “I’m never going to give up on judo. I believe whatever I have done till now is just the beginning of my career. I will continue to do my best to perform well and also promote this sport,” she says adding that athletes Debu Thapa and Saroj Maharjan are her idols and that wants to be as good as them.

A journey from restaurant waiter to owner

TIKAPUR, April 16: A son of a former Kamaiya (bonded laborer) has marked his exemplary journey from a waiter to an... Read More...

KATHMANDU: “Time management is a matter of will. If you have the drive, somehow you will get it done. You... Read More...

As the much-awaited trailer of his upcoming film Rock On 2 unveils in Mumbai, the team of the film gave... Read More...

Passengers forced to pay higher fares for charter flights are requested to complain with documentary evidence
5 hours ago
Govt warns of action against those posting photos, videos in social media platforms without consent
5 hours ago