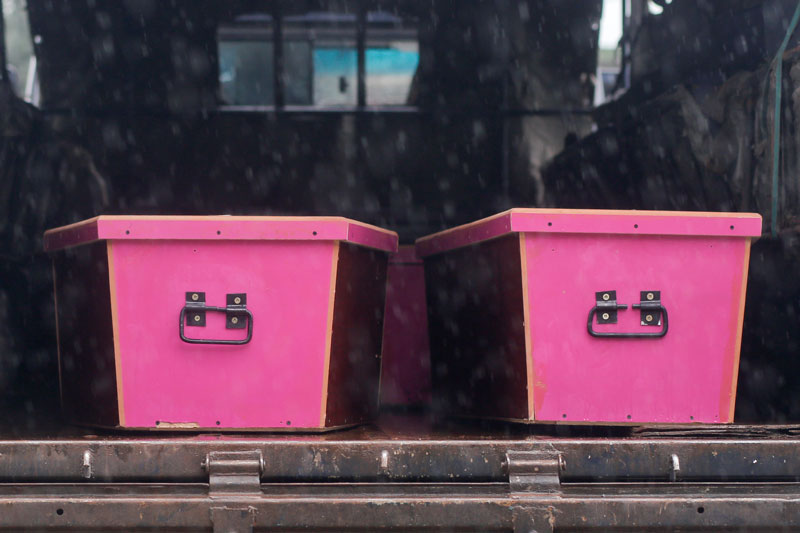 It is more or less the same story the world over. In the US, Republican presidential nominee Donald Trump continues to spew hot venom against the devious Mexican migrants who, in his reckoning, take away the valuable jobs that would have otherwise have gone to decent, hard-working Americans. The “millions of Mexicans” who cross into America illegally every year, says the enlightened property mogul, contribute to crimes and social instability in the mainland US. His solution? Why, build an impassable wall along the 3,200km US-Mexico border! True-blue Americans, free of Hispanic free-riders, can then “Make America Great Again”.

In Europe, too, the number one political issue right now—from the UK to Hungary to Turkey—is how to manage the growing influx of refugees: in 2015 alone, more than a million migrants, predominantly from the war-ravaged Syria and Afghanistan, crossed the Mediterranean Sea into mainland Europe. Like the hoards of Mexicans trying to slink into the US in search of better opportunities, the new migrants to Europe also come with hope of a better life. Most of them have loved ones back home, dirt-poor families praying that their seafaring sons or daughters somehow strike gold in faraway lands.

Even as hundreds of thousands of Afghans apply for asylum in Europe every year, the curious global phenomenon of labor migration is such that Nepal has become one of the few suppliers of security guards to watch over vulnerable western missions in Afghanistan. In 2015, nearly 1,200 Nepalis obtained legal permits to go work as security guards in Afghanistan. At least as many are expected to have made it to the Islamic Republic illegally. The lure is easy to see. With the monthly salary of a security guard there touching Rs 300,000, unemployed Nepalis are lining up to go, even at considerable risk to their lives.

The wretched sight of the family members of the 12 Nepali workers killed in Kabul wailing disconsolately over wooden coffins was a cruel reminder of that risk. In the best of worlds, Nepal would be able to employ all its youths, and pay them handsomely too. But realistically, even if we can somehow manage the first, the second isn’t happening, which is why many Nepalis will continue to risk their life and limb for a shot at a solid middle-class life.

Not that this is a new phenomenon. Nepalis have always travelled for employment. Jung Bahadur Rana broke the taboo of crossing the “black waters” when he set sails for Great Britain in 1850. The British have been hiring able-bodied Nepali men as mercenaries in their armies since.

Following the country’s unification in mid-18th century, Nepalis have always sought employment across the border in the proverbial Muglan, a bastardized form of the Mughal Empire in India. They travelled north as well. Before China’s annexation of Tibet in 1950, there was a flourishing trade between Nepal and Tibet: traders from Nepal hauled the rice grown in the Tarai belt up to Tibet; in return, they brought back salt from the dry lakes of Tibet. The demand for Tibetan salt was such that it was often equated to gold. No wonder so many Nepalis became ready to undertake the perilous journey through steep, icy trails.

We thus see that Nepalis have in their quest of better livelihoods always sought to venture out, on one pretext or the other. So it is futile to try to control their movements now. So long as there continue to be disparities in the fortunes between different countries and regions, these movements of people will continue, to places both near and far.

When I was a kid my mother often invoked the famous Hindi saying: Jaha na pauche ravi, waha pauche kavi (“a poet can reach places where even the sun can’t”). But in her reiteration, the ubiquitous Kavi (poet) was replaced by “an Indian”. Schooled in India, she had quickly learned that there is no part of the world where Indians can’t be found.

Pretty much the same could be said of globetrotting Nepalis these days. They can be found manning pricey stalls at Doha airport, running street shops through the length and breadth of Thailand, serving sandwich at Subway in New York, and working as security guards from Delhi to Iraq to Afghanistan. We Nepalis are thus a cosmopolitan, enterprising bunch. This is how it should be in a globalizing world.

That does not mean Nepal as a country should not do everything in its ambit to protect its nationals abroad. But if people are determined to go, what can it realistically do, save the unthinkable of closing its borders to keep everyone hemmed in?

Like it or not, in the days ahead there will be more and more Nepalis wanting to leave to work abroad, often in some of the most dangerous places in the world. They will tell you that there truly is no bigger logic than the logic of hunger and human need.

Can Ranbir Kapoor’s Sanju be as great as these 5 biopics on actors?

When the alarm rang, Mahavir woke up instantly. It was as if he hadn’t slept at all. His throat felt... Read More...

Infographics: 7 leadership styles displayed by great leaders, past and present