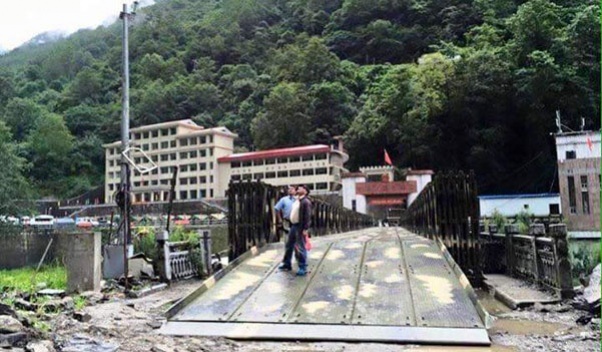 CHAUTARA, Dec 20: The 26-km road stretch from Bahrabise to Tatopani of Sindhupalchowk - which was demolished in quake-triggered dry landslide - has been reconstructed but the major transit point with China is yet to open up.

The Chinese government has shown less interest in bringing the Tatopani border point back into operation due to which it has remained shut for the past 21 months.

Chief District Officer, Antar Bahadur Silwal, quoted Chinese officials as saying that the border point will be opened only after a Chinese team submits a report on the geological survey and gives a green signal for human settlement.

CDO Silwal shared that the Chinese side is eager to open the border point and that the issue will be further discussed during the next joint border security meeting.

Meanwhile, the families that were displaced during the massive earthquake of April, 25 last year are gradually returning to their hometown, Border Police Office Inspector, Khumlal Bhusal said. RSS

KATHMANDU, March 16: China has agreed to extend support to Nepal to bring back into operation the Tatopani border point, which... Read More...

KATHMANDU, Mar 15: The Chinese government has agreed to extend the assistance to Nepal for the projects on post-disaster recovery for... Read More...

SINDHUPALCHOWK, May 28: With the completion of infrastructure including dry port, roads and bridges, the Tatopani border is likely to... Read More...