Tanahu’s Manahukot goes viral, draws as many as 10,000 visitors a day 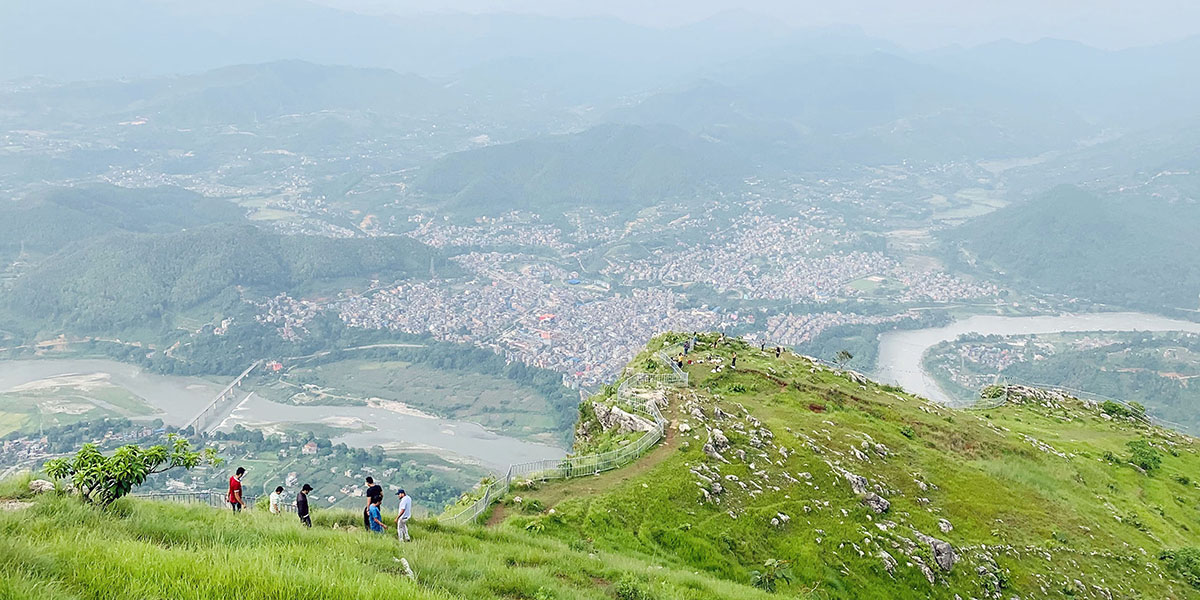 DAMAULI, Nov 8: Manahukot, located on the western top of Damauli bazar, has been drawing a huge crowd, after breathtaking photos of the area went viral on social media. Situated in ward 5 of Byas Municipality, this beautiful place has been receiving domestic tourists in huge numbers every day.

The place had been receiving around 1,000 tourists every day, but Saturday saw more than 10,000 visitors who had flocked the newest popular tourist destination in the area. It was like a big fair organized during the festival period with the highest number of visitors to date, said ward chairperson Mohan Kumar Shrestha.

Until last year, 200-300 tourists would arrive during the tourist season, but this year it has been unprecedented. There is now a traffic jam for hours on the road leading to Manahukot. The place is six kilometers away from Chapaghat.

Meanwhile, the increasing number of people gathering at the place is drawing concerns due to the risk of Coronavirus spread in the area. A majority of the people arriving here are from the neighbouring districts including Kaski, Syangja, Lamjung, Gorkha and Chitwan. Some arrive a day earlier to witness the sunrise over the clouds early in the morning.

There were people queuing up since 3:00 am on Saturday morning to go to Manahukot. Besides the sunrise, the place is also good to observe the sunset, the Himalayan range along with the beautiful view of the Modi and Seti rivers, as well as Damauli bazar. 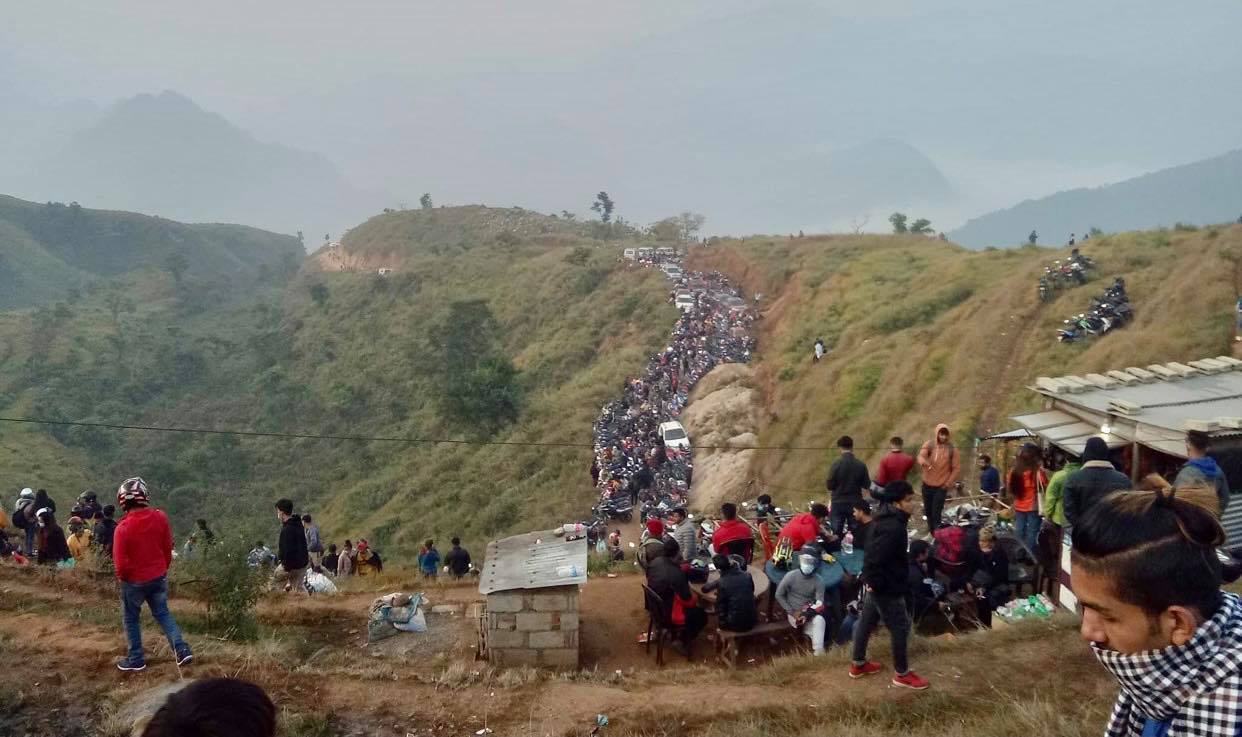 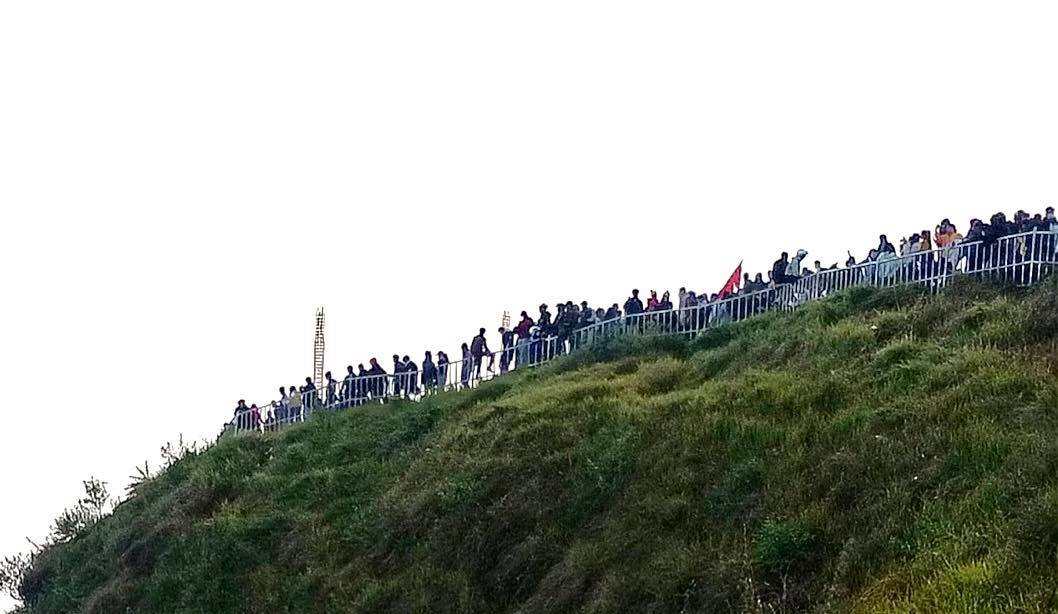 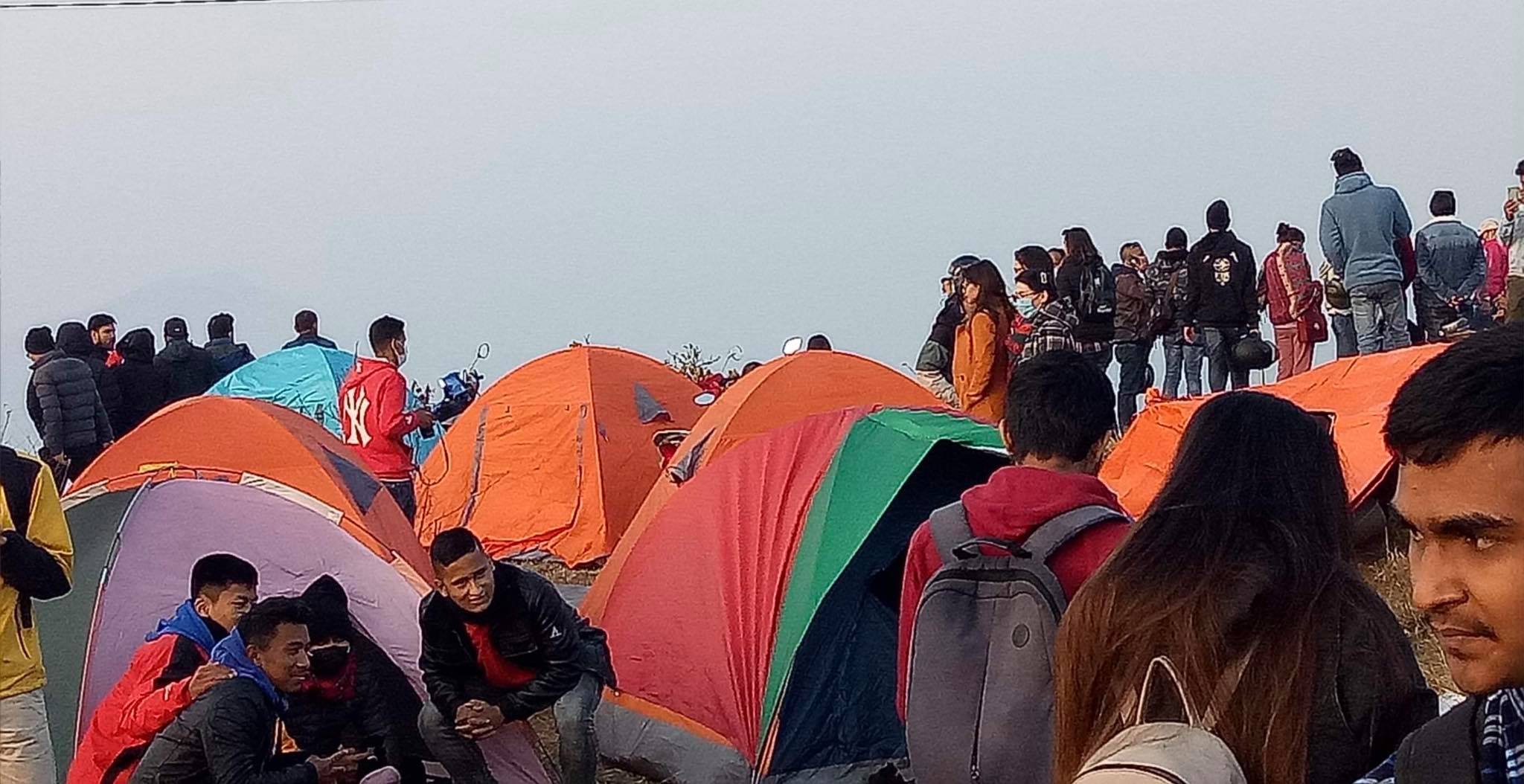 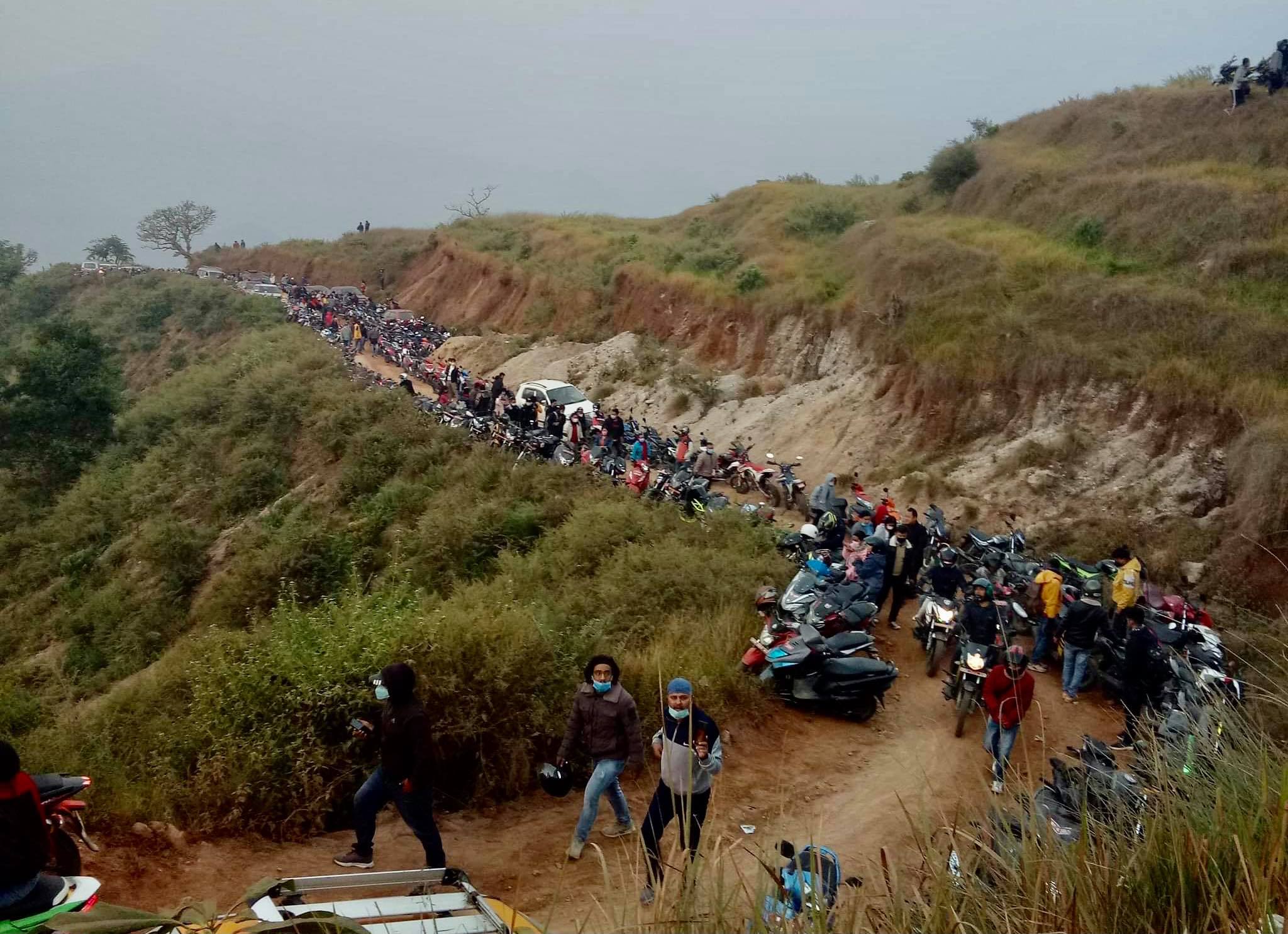 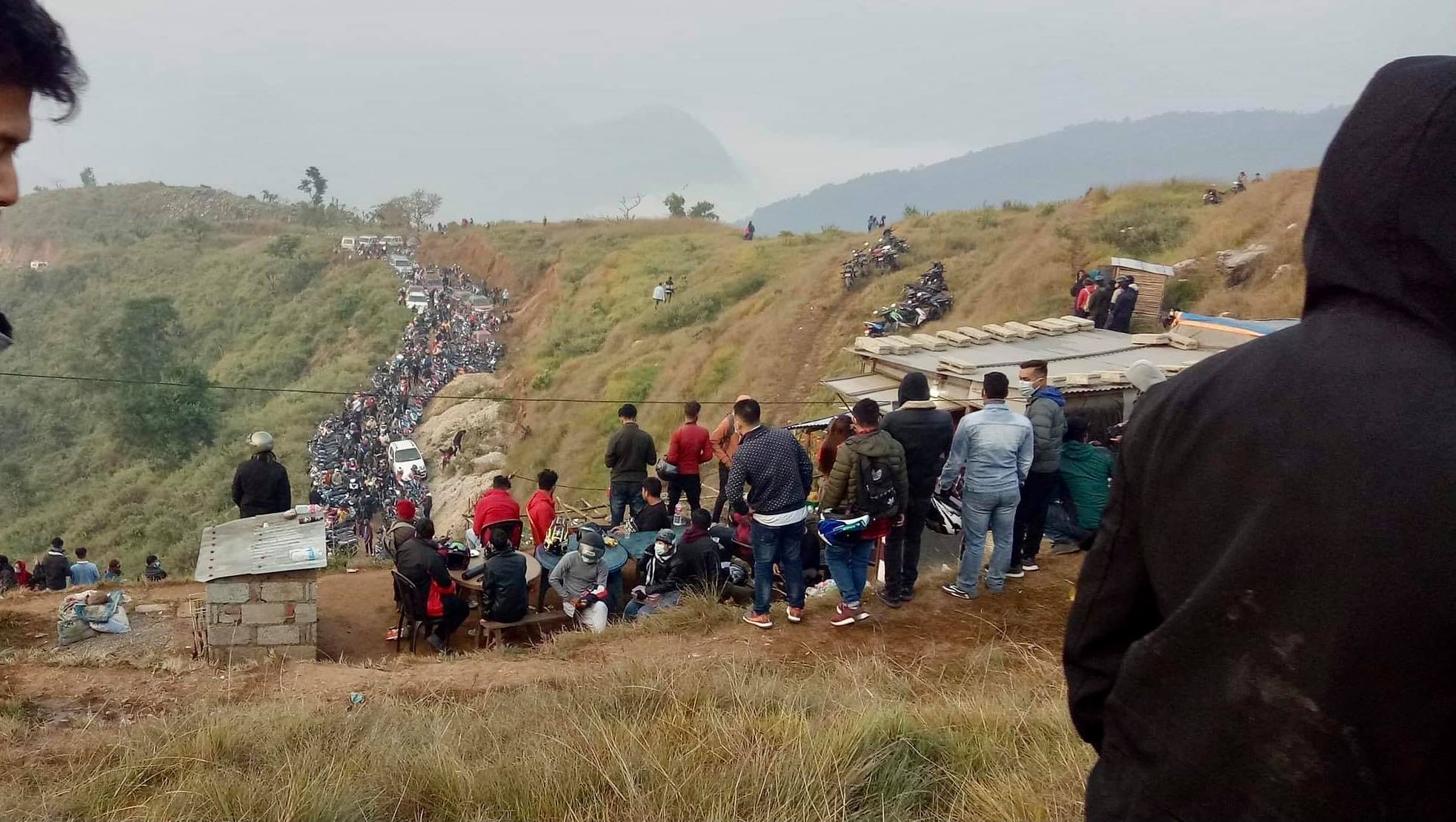 POKHARA, Dec 25: It has been almost a year since the COVID-19 pandemic affected the tourism sector. Had there been... Read More...