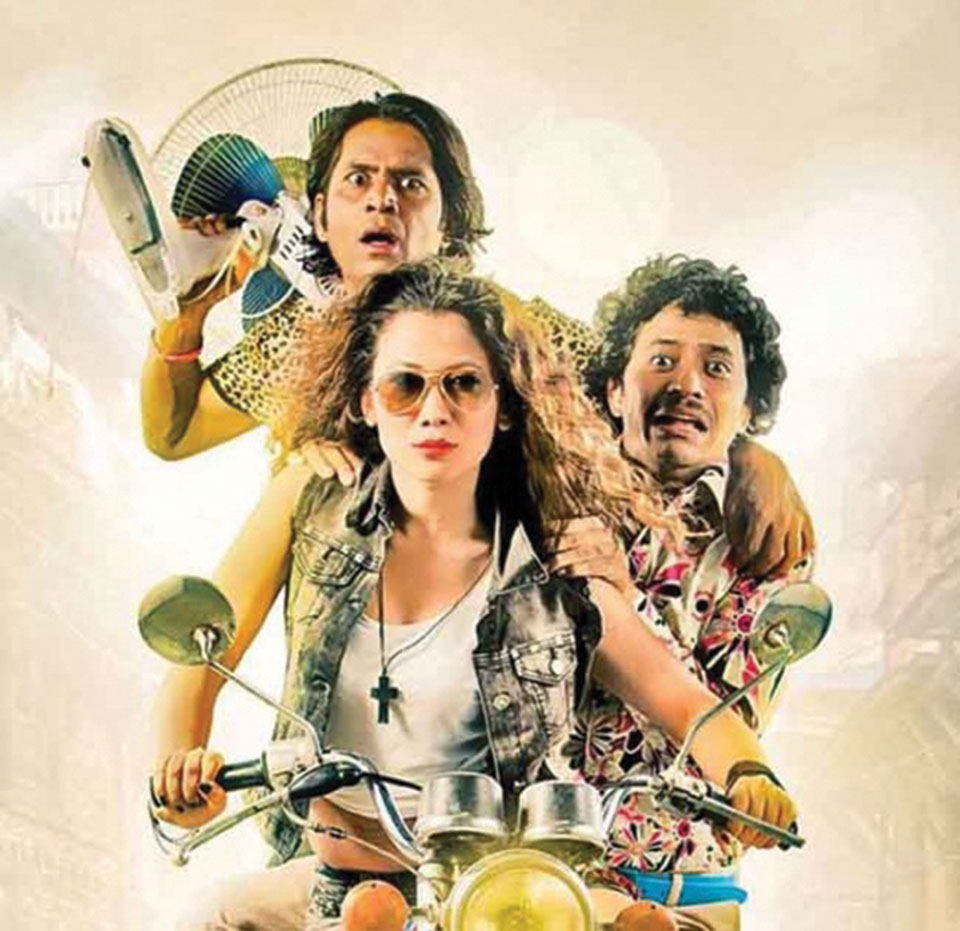 Most Nepali movies are mixture of bad casting, bad direction and second-rate screenplays which most audience find extremely funny

Ask any pedestrians or film addicts about their preference for Nepali movies and their answers will be this: Nepali movies seek to earn only profit, focus little on stories and talents and therefore they are boring.

If you are a book fanatic or a movie addict, you know how precious stories are. In Nepal, there are millions of untold stories and yet the producers and directors focus on predictable love stories. They don’t bother doing a research. And even if the movie is being made on groundbreaking inspiring stories, the actors who play in them rarely do any research about the characters they are going to play.

The history of Nepali movies dates back to 1950s when DB Pariyar made the first ever Nepali language movie, Satya Harischandra, in 1951 from Kolkata, India. Nepal made its own movie from its own soil in 1964. Aama was the first movie ever made in Nepal by the the government of Nepal.

Fifty four years later, Nepali movie industry is still at snail pace. Our movies have not changed in terms of quality. Yes, there are some innovative directors, but neither the storyline nor acting is impressive enough.

Most Nepali movies are mixture of bad casting, bad direction and second-rate screenplays which most audience find extremely funny.

In Hollywood, they invest a lot and the actors don’t pretend. They research the characters and try to do justice to their roles as much as possible.  But here in Nepal we are guided only by profit motive. When I was called at the premiere of one Nepali movie (name not disclosed), I met some of the directors and producers. I asked how long it normally takes to make a movie. One of them said: “I made one in month.”

Nepali movies lack research. In Hollywood or even Bollywood, actors and directors live the situations they are going to enact in films: Such as living with mental patients and locking themselves in dark room for a month to portray the role as real.

For one role, Daniel Day-Lewis stayed two nights in jail to pull out character in the movie In the Name of the Father. Leonardo DiCaprio spent time with real OCD (obsessive compulsive disorder) patient while shooting for Aviator.  We have not heard our directors and actors doing anything of this kind in Nepal.

There are talented theater actors in Nepal but most directors and producers choose actors who only look handsome. That’s one reason most Nepalis find it difficult to bear with more than 30 minutes time inside the cinema hall, watching Nepali movie.

During the early stage of development, Nepali film production crew focused on stories. They presented serious stories and wanted to make the audiences cry as far as possible. Movies today are not like that.  Today even the mediocre actors are paid highest amount of money. Actors use easily detectable fake accents. They only prepare and practice the script rather than learning about the character. Thus actors themselves ruin the whole movie even if it is based on the best stories. Though video quality has improved, direction and acting have not.

Process in selecting an actor is also faulty. Most producers prefer famous actors for commercial purpose. They are not made to give auditions for new role. In foreign countries, even those who have won best actor awards need to give audition for a role. Directors often reject them if they are found unsuitable for the new the character.

Nepali movies have good prospects. This is attested by the fact that some of them get magnificent appreciation in foreign film festivals. Nepal’s movie industry can still have a magnificent future. For that innovative filmmakers should come forward. They must focus on research. If a filmmaker is making a war movie, the filmmakers and actors must meet real war heroes and the veterans to hear their war experiences, and to study their characters.

Most of all, quality should precede profit.