Taking care of your aquatic friends 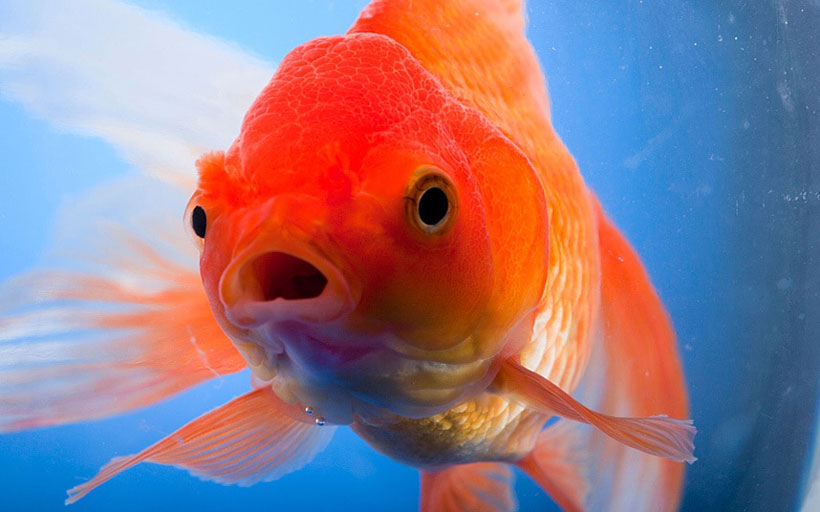 Many of us have tried to keep a fish or several as pets but given up after the fifth one died for no apparent reason. There are many basic things that we don’t pay attention to while bringing aquatic life into our homes. The Week talked to Dhan Bahadur Shrestha of National Aqua Pet in Jawalakhel to know the basics of taking proper care of our little pets. With Shrestha’s help, maybe we can finally have a happy fish at home.

Getting started
The first thing you will need is obviously an aquarium. You can buy a custom sized one or have it custom made according to the space you have. The custom made ones, however, don’t have the same finishing as the readymade ones do. Once you have that, you will need to lay down the rocks and gravel you have purchased for the tank, and fill it with water. In order to avoid displacement of gravel while filling the aquarium, place a plate on top of it and make sure that the force of the pipe water falls on the plate and disperses it without moving anything. Then add the required amount of water treatment medicines. The water needs about 24 hours after being treated before it is suitable for a fish.

“Take a few small fish after having set up your aquarium and test if the water is habitable. If the small fish survive for a week in the water, you can now finally take the fish you wanted to in the first place,” says Shrestha.

As for aquarium food and medicine, Shrestha has found in his 20 years of fish care, that products that come from Thailand are the best. “Chinese products are a little cheap and have a higher profit margin but aren’t very good,” he says.

Water
Never remove all the water from the aquarium when you are cleaning it. When the fish have been living in an aquarium for a long time, there are good bacteria growths which are essential for the survival of the fish. With the help of a small pipe or a mug, remove 10% of the water from the tank every week and replace it with fresh water. Once every month, replace 25% of aquarium water and add fresh water back in. You need to only clean your aquarium completely once a year. In this case, remove half the water in the tank and put it in a bucket and then transfer the fish to the bucket. Clean everything including the decorations properly and make sure you thoroughly clean the gravel as well, as there is a lot of fish excretion lurking underneath.

Fill half the tank with fresh water and add the fish back in along with the rest of the old water in order to make sure that the good bacteria are there. “If you don’t want to do this, there are also active bacteria available for purchase but they are a little expensive. You can just stick to the old water and maintain the ecosystem of the fish,” Shrestha said.

Filter
The primary function of a filter is to remove the toxic ammonia that fish produce as waste products. These filters are the most stable and efficient way of breaking down ammonia. You will need to clean your filter on a regular basis for if debris collects for a long time, the ammonia decomposes rendering the filter useless. Filters require water movement across a large surface area on which bacteria may have attached. The larger the surface area, the more effective the filter is. When the bubbles being produced by the filter isn’t strong enough, take it as a cue to immediately clean it.

Heater
A heater is absolutely necessary for it minimizes the chances of drastic temperature fluctuation in the aquarium. For most fish, the ideal water temperature is 28 degree Celsius. A completely submerging heater will keep the temperature uniform since heat rises in water bodies. In order to avoid potential disasters during winter, you can use two heaters parallel to each other. Never use a heater that is bigger than the optimal size for the tank so that the tank won’t overheat.

Common diseases
There are many ways your fish can get a disease. Introducing new fish to the tank, the water temperature, the amount of nitrate in the tank and a failure to regularly add fresh water can all lead to the fish contracting these diseases. Make sure you quarantine new fish for a few days before adding them to your aquarium. They may be carrying diseased mucus of its former mates.

White spot
Also known as Ich, the white spot disease is a parasite that is responsible for the most fish deaths. It is mainly found in aquarium fish from being in close contact with other fish. Although the spots look like small grains of salt, each one is a parasite. The symptoms show the fish swimming to the surface regularly in order to aid their breathing, spots on the body and disoriented swimming. To treat this disease, slightly increase the temperature of the tank a few degrees and treat the water with super ich for four to five days.

Fungus
A fuzzy, cotton like growth on the body of the fish is a tell tale sign of your fish having contracted a fungal infection; where it’s common name ‘cotton wool disease’ stemmed from. The fungal spores that are found in most fish tanks can quickly colonize on a stressed or injured fish causing the disease. Tanks that have poor water quality, old or diseased fish or a large amount of decomposing organic material are more likely to have fish with this disease. Fluctuating water temperature may also be a factor contributing to this disease. “Cleaning the tank and providing a good environment are good starts towards the treatment of the fish,” says Shrestha.

Gill diseases
There are many types of gill diseases which aren’t as apparent as the other two. You will have to observe your fish and try to figure out what is wrong with them if they are showing irregular symptoms like scratching themselves on the decorations or coming up to the surface frequently. Once the gills of fish are destroyed, they die. The fish could be swimming slower than usual or not eating as much as they regularly do. Quarantine the diseased fish and treat it with antibiotic and water treatment medicines that are widely available at pet shops.

Taking care of your skin

KATHMANDU, Oct 21: In today’s world, as much as we might try to oppose the trend, we are forced to... Read More...