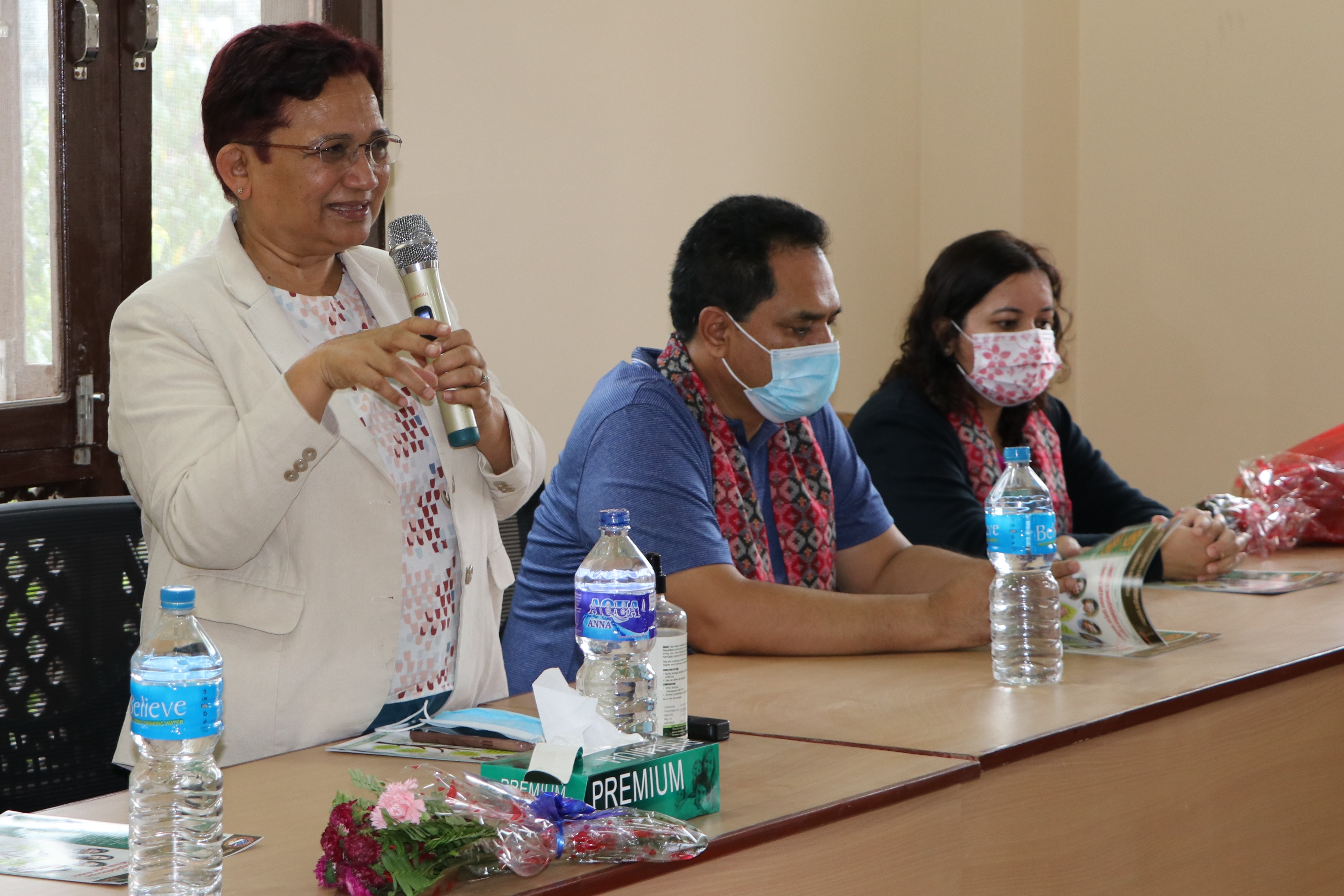 After planting trees at Indrayani Park in Lalitpur Municipality-2 on the occasion of Civil Service Day, Minister Bhusal said, “Developing countries have to bear the impact of climate change caused mainly due to industrialised countries.”

Stating that industrial and nuclear development has led to unforeseen disasters due to climate change, she said, “Soil erosion has hit various parts of the country, which has affected our daily lives.”

She said that the floods in Helambu of Sindhupalchowk had caused huge loss of water resources and the Melamchi Drinking Water Project was badly affected. Minister Bhusal said, “There have been human casualties and damage in physical structures due to floods and landslides. It has affected Manang, Rolpa, Baglung and other areas.”

While assuring that the trees that were planted would be well protected, Minister Bhusal urged them to make their settlements environment friendly by planting trees.

KATHMANDU, September 12: Minister for Energy, Water Resources and Irrigation, Pampha Bhusal has pointed out the need for increasing the... Read More...

Electricity meter will now be made available to tenants: Energy Minister Bhusal

KATHMANDU, Nov 29:  Minister for Energy, Water Resources and Irrigation Pampha Bhusal has directed not to delay the construction of... Read More...

Statue of Bhrikuti at Bhrikuti Fun Park unveiled
28 minutes ago