I pricked with nails in the name of syringe for fun, says syringe attacker Karki 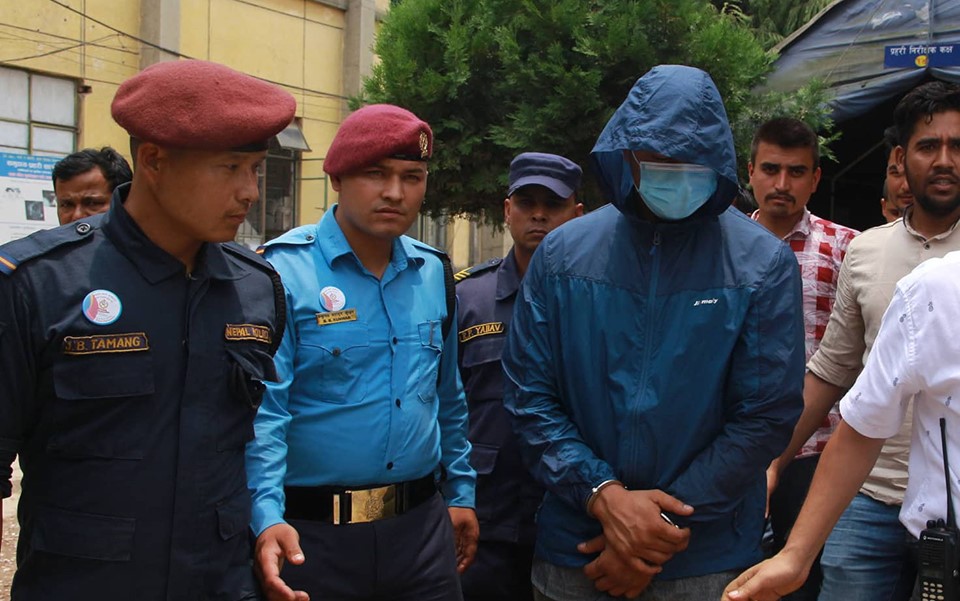 KATHMANDU, June 28: One person allegedly involved in the series of syringe attacks targeted at women was arrested on Thursday night from Maharjgunj, Kathmandu.

According to Spokesperson for the Metropolitan Crime Range DSP Hobindra Bogati, the person arrested on the charge of syringe attack has been identified as Santosh Karki. DSP Bogati quoted him as saying that he attacked women with a nail but not with a syringe.

“Karki  has been getting involved in the alleged syringe attacks for fun”, DSP Bogati told Republica Online.

According to Bogati, Karki gave a statement involving the claim that the motive behind his involvement in the attack was to not transmit any kind of disease.

The police officer had examined the CCTV footage to identify Karki.

Karki, who was arrested on the charge of syringe attacks, has also taken responsibility for the other two incidents that recently occurred in Dhalku and Paknajol.

The police have stepped up security in Kathmandu and the areas surrounding it following the syringe attacks.

A woman became the victim of a similar incident that took place on Wednesday evening in Banepa. The woman accompanied by her daughter was attacked with syringe-like objects while she was walking on the road. She received medical treatment at the local hospital to avoid being affected by HIV and Hepatitis.

Eight arrested for gambling along with Rs 500,000

KATHMANDU, Nov 13: Police have arrested eight people along with Rs 500,000 in cash from an illegal gambling den in... Read More...

KATHMANDU, Feb 5: Police have arrested 37 Bangladeshis citizens who had been living in different places of Kathmandu changing their identity. Read More...