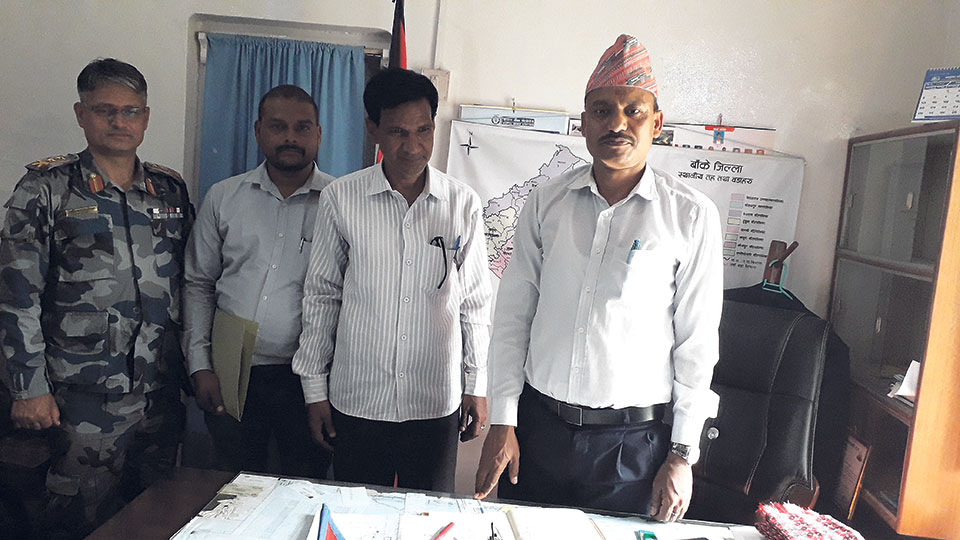 BANKE, March 15: Survey for a railway connect that connects Indian town of Rupaidiya with Kohalpur of Banke has begun.

A team of Indian company, RK Techno, has arrived in Nepalgunj to conduct the survey. Two engineers from the company discussed with Nepali officials on Tuesday as part of preparing Final Location Survey (FLS) report. An engineer of the Department of Railway (DoR), Government of Nepal, will also be in the survey team.

The company’s engineers Santosh Tripathi and Dinesh Tiwari held discussion with Banke CDO as well as a team formed by the government to facilitate the survey.

According to Tripathi, the survey will be completed in 10 to 12 days.

The team will submit survey report to officials of both the countries. If the survey report is acceptable for both the sides, they will ink an agreement to build the railway line.

Banke CDO Ramesh KC told Republica that the railway line is a part of the agreement between Nepal and India to build five cross-border railway links.

The agreement was signed during the India visit of former president Ram Baran Yadav. As part of the agreement, Rupaidiya-Ranjha section will be built with the Indian assistance. The remaining section -- from Ranjha Airport to Kohalpur -- will be built by Nepal.

The first meeting of survey officials held in Nepalgunj held discussion on potential route, construction process and security challenges, according to a participant of the meeting.
The government has already announced plan to build a railway line that runs parallel with the East-West Highway. The Indian government has already showed interest to connect its railway network to Nepal’s east-west railway line through five points including Rupaidiya.

A government official told that it would be better to build railway line from Integrated Customs Checkpoint that the government is building three kilometers west of Nepalgunj instead of Rupaidiya.

“We will benefit only if the railway service began from the integrated customs point. If it is built from Rupaidiya, it will be difficult for us to comply with border security regulations and also revenue could be affected,” the official said. “But it is up to the government to decide.”

BANKE, Mar 15: Survey for a railway connect that connects Indian town of Rupaidiya with Kohalpur of Banke has begun. ... Read More...

KATHMANDU, Dec 3: A preliminary list of road, railway, transmission line, and drinking water projects has been proposed for the projects... Read More...