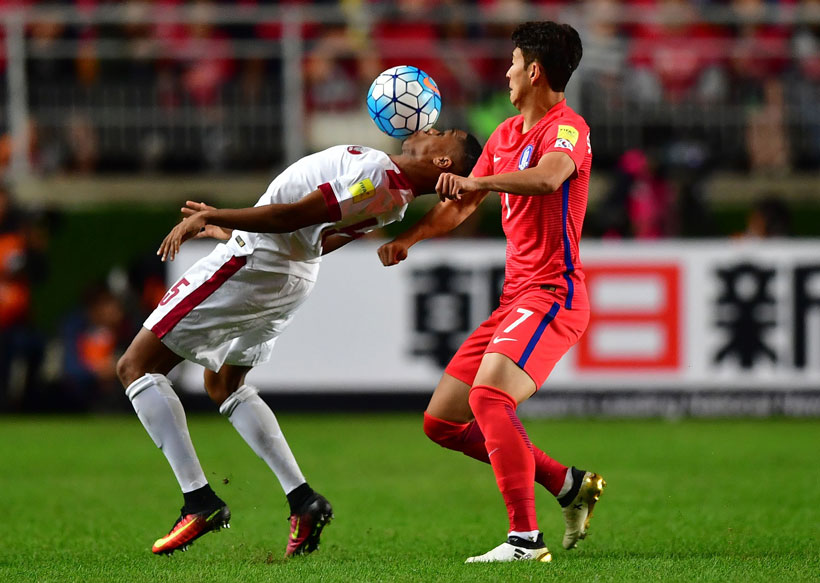 SUWON, South Korea, Oct 6:  In-form Tottenham Hotspur forward Son Heung-Min grabbed the winner as South Korea came from behind to beat Qatar 3-2 and take a step towards the 2018 Russia World Cup on Thursday.

After South Korea trailed 2-1 at half-time, the hosts levelled through Ji Dong-Won before Son extended his electric scoring run with the decisive strike on 58 minutes.

Uli Stielike's team saw out the last 24 minutes a man down after Hong Jeong-Ho was sent off, compounding a miserable evening for the defender after he gave away a penalty for Qatar's opener.

While South Korea march on in the final qualifying round, Qatar look unlikely to reach their first World Cup before hosting it in 2022 as they remain pointless and bottom of Group A after three games.

South Korean captain Ki Sung-Yueng opened the scoring with a low shot that skipped past the diving Saad Al Sheeb after 11 minutes.

But Qatar hit back and they won a penalty when Hong was booked for taking down Sebastian Soria. Captain Hassan Al Haydos stepped up and struck it past Kim Seung-Gyu.

And the Gulf state wasn't done yet as Soria made it 2-1 just before half-time, flicking Rodrigo Tabata's cross past Kim Seung-Gyu.

The hosts then protested strongly for a penalty when Ki's close-range header struck Mohammed Kasola on the left hand.

After the break, towering forward Kim Shin-Wook nodded down a cross to set up Augsburg forward Ji for South Korea's equaliser.

And Son, who has scored five goals in his last six games for Spurs, made it South Korea's night when Ki picked him out and he curled his shot past Qatari goalkeeper Al Sheeb.

Hong was sent off for another foul on Soria in the 66th minute and from the free kick, the Qatari forward's powerful header drew a spectacular save from Korean 'keeper Kim Seung-Gyu.

South Korea have two wins and a draw from three games in final qualifying Group A, lifting them above Uzbekistan and Iran who play each other later.