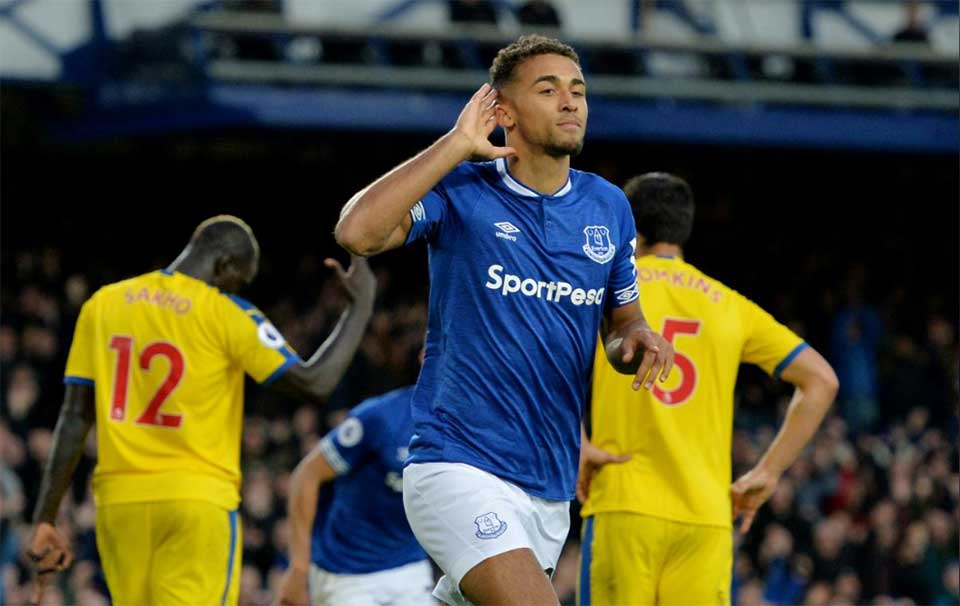 Ademola Lookman set up the first in the 87th minute for another substitute, Dominic Calvert-Lewin to head in and the third replacement, Cenk Tosun, scored two minutes later.

Palace had missed a chance to take the lead when Serbian international Luka Milivojevic’s penalty was saved by Everton and England goalkeeper Jordan Pickford.

Wilfried Zaha passed fit after missing an Ivory Coast international in midweek, had won the penalty when he was clipped by Seamus Coleman on the hour.

The miss meant Crystal Palace have scored only five goals in nine games, the second-worst record in the Premier League.

Everton moved up three places to eighth in the table, Palace dropping to 15th.

Everton’s Portuguese manager Marco Silva, in his first season at the club, was naturally delighted with the effect of his three substitutions.

“We [the staff] are here to make decisions, it is not just the starting 11,” he said.

“The three players who came on were aggressive, it is really good and I’m very happy for them.”

Crystal Palace, only two points above the relegation places after a third successive loss, were bitterly disappointed, having had a fair share of the game until the dramatic finale.

Palace goalkeeper Wayne Hennessey saved well from Gylfi Sigurdsson and Theo Walcott on either side of halftime as the game warmed up.

James Tomkins headed carelessly wide from a chip by Andros Townsend and when Tomkins did better to head across goal, Cheikh Kouyate’s header came back off the underside of the bar.

“Football does not give you what you deserve, it is a question of results,” said Palace manager Roy Hodgson.

“Had we won even or certainly drawn no-one would have begrudged us that.

“But the bottom line was the game was lost to us on the 1-0 – there was not enough time to get back into it.

“It was a harsh blow to have defended so well and to then concede with just three minutes left.

“All you can do is accept your fate, whether we deserved it is neither here nor there. We must make sure that next Sunday against Arsenal we are as hard to beat as today,” the former England manager added.

As Pickford said, the penalty was the turning point.

“I thought he (Milivojevic) was going to go to my left so I left a leg dangling and managed to get a foot on it,” the goalkeeper told Sky Sports.

“It was the game-changer. The crowd got going and we brought the lads on for two great finishes.”

Turkish international Tosun, with the second goal in three games, said that an Everton squad approaching full fitness are now full of confidence after the three successive wins.

“We played a really good second half and will go to Old Trafford next week with confidence,” he said.

LONDON, April 4: Tottenham Hotspur marked their long-awaited homecoming with a vital 2-0 win over Crystal Palace in the first... Read More...