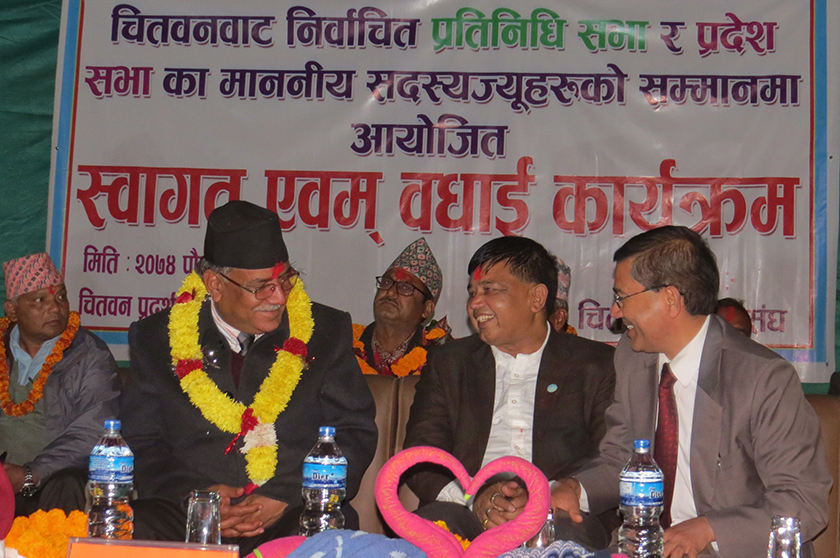 Addressing a programme organized to honour the elected representatives in the federal and province polls by Chitwan Industry Association, Dahal said there would be no room for dismal performance even though the government wished so.

"Things would be implemented after the commitment of the new government," he added.

On the occasion, the former prime minister said that local, provincial and federal governments were together.

In a separate context, the Maoist Centre Chairman said a model of development and economic revolution would be offered in the upcoming five years if we all make commitments.

Stating that peace, good governance and prosperity are inter-connected, he said development can take a pace if these three issues were linked together.