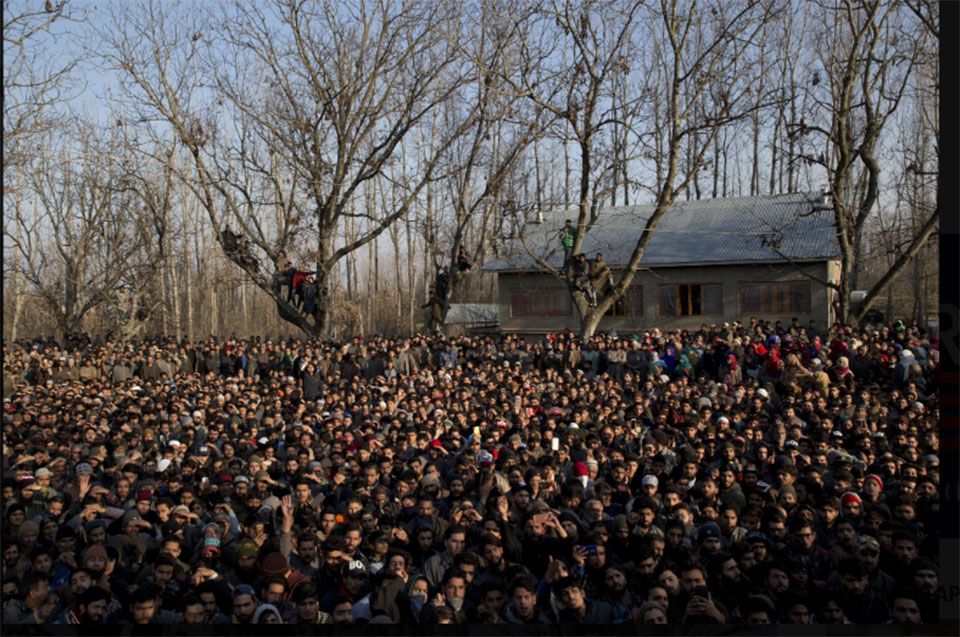 SRINAGAR, Dec 16: A security clampdown and a strike sponsored by separatists fighting against Indian rule shut most of Indian-administered Kashmir on Sunday, a day after chaotic protests and fighting killed seven civilians and four combatants in the disputed region.

Armed police and paramilitary soldiers in riot gear fanned out across the region in anticipation of anti-India protests and clashes. Shops and businesses closed in other areas with no security restrictions.

At least seven civilians were killed and over three dozen injured Saturday when government forces fired at anti-India protesters following a gunbattle that left three rebels and a soldier dead.

Residents accused troops of directly spraying gunfire into the crowds and killing at least two civilians, including a teenage student, away from the site of a battle. Police said in a statement that they regretted the killings but that the protesters had come “dangerously close” to the fighting.

Separatists who challenge India’s sovereignty over Kashmir said the killings were part of India’s state policy and called for three days of mourning and a general shutdown in Kashmir.

Authorities stopped train services and cut cellphone internet in Srinagar and other restive towns, and reduced connection speeds in other parts of the Kashmir Valley, a common government tactic to prevent anti-India demonstrations from being organized and stop the dissemination of protest videos by Kashmiris.

Meanwhile, an influential rebel leader, 72-year-old Syed Salahuddin, who is based in Pakistan-controlled Kashmir, condemned Saturday’s killings while asking Pakistan “to stop begging India for talks and instead aggressively help Kashmir struggle on all fronts,” according to a statement published online by Greater Kashmir, Kashmir’s largest English daily.

India accuses Pakistan of arming and training Kashmiri rebels. Pakistan denies the charge, saying it provides moral, political and diplomatic support to Kashmiris in their struggle for the right to self-determination.

“How long shall the global community keep watching the Indian brutality in Kashmir like a mute spectator?” Salahuddin asked. “As a party to the dispute, Pakistan needs to move beyond offering moral and political support to oppressed Kashmiris.”

India and Pakistan each administer part of Kashmir, but both claim it in its entirety. Rebels have been fighting Indian control since 1989.

The killings of the seven civilians and three rebels angered Kashmiris and sparked anti-India protests and clashes at several places in the region. Kashmiris deeply resent Indian rule and support rebel cause that the territory be united either under Pakistani rule or as an independent country.

In recent years, mainly young Kashmiris have displayed open solidarity with the rebels and sought to protect them by engaging troops in street clashes during India’s counterinsurgency operations despite repeated warnings from the Indian authorities. Nearly 70,000 people have been killed in the uprising and the ensuing Indian military crackdown.

LUMBINI, Dec 19: The wage and contract-based employees at the Lumbini Development Trust have launched fast-unto-death to protest the management's... Read More...

2-day strike set to affect studies of thousands of students