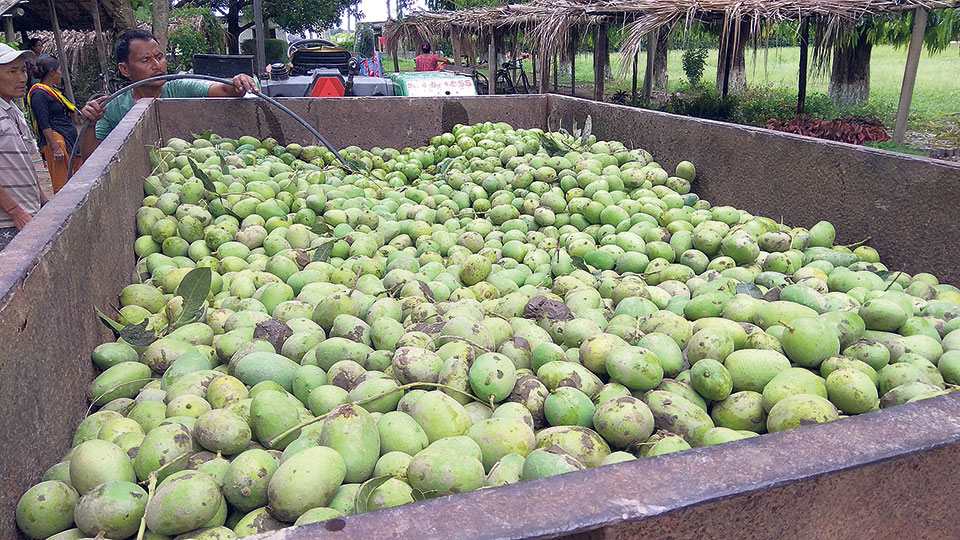 SARLAHI, May 17: Recent storms have caused huge damage to mango and litchi gardens in Sarlahi district.

The fruit trees were weakened by strong winds in the past, according to farmers. The storm that hit the district at 2 am on Monday devastated fruit crops of many farmers, local farmers say.

Hari Ban Ghising, a local farmer, said that this year’s yield has been destructed by the storm.
Krishna Kumar Barma, chief of Ramnagar Rural Municipality, told Republica that while the hailstorm heavily affected the fruits, Monday’s storm caused absolute devastation. “Trees do not have any fruit left,” he added.

According to the center, commercial mango farming is done in around 1,200 hectares of land in Sarlahi while farmers have plant litchi in around 300 hectare.

Tropical Region Horticulture Centre in Sarlahi is the largest horticulture centre in the country that produces 42 different varieties of mango in 112 bigaha land. It has planted litchi in 300 bigaha.
The storm also blew away roofs of many schools and houses in the neighborhood.

Two injured in storm in Sarlahi