KATHMANDU, Dec 26: Civil rights activists on Saturday staged a demonstration at Maitighar, Kathmandu against the dissolution of the House of Representatives (HoR).

Various political parties including a faction of the ruling Nepal Communist Party (NCP) close to Chairman Pushpa Kamal Dahal and senior leader Madhav Kumar Nepal have been objecting to the sudden move by PM Oli.

The participants of the protest urged the government and political parties to seek the solution to all the differences as per the constitution. 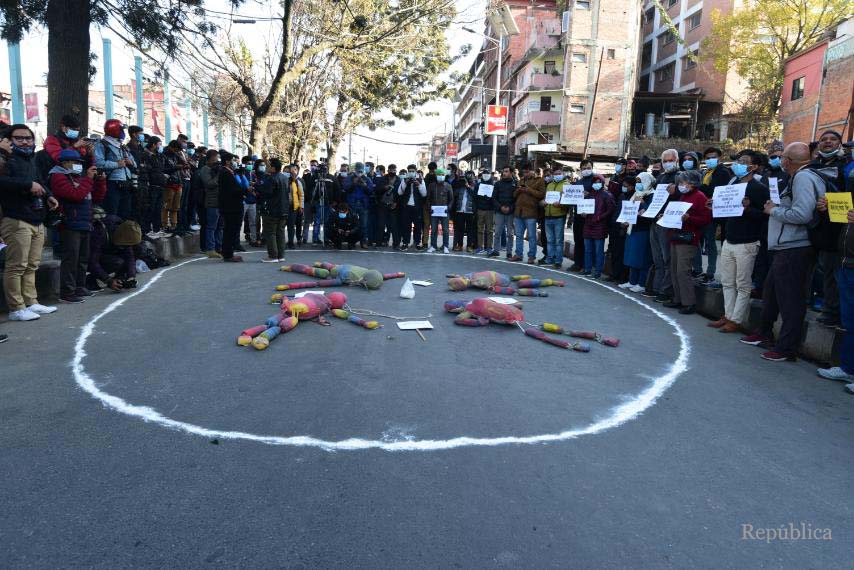 The campaign named Greater Civil Movement [Brihat Nagarik Aandolan] has announced a series of protests until January 2 against the ‘unconstitutional’ move.

The participants vented their ire against the house dissolution through their placards that read ‘Stop Oligarchy!’, “Assassination of people’s mandate’, “I abide by constitution, what about you, Mr Leader?” and “Assault on the constitution, reward to the regressive forces” among others. Here are some photos taken on Saturday afternoon. 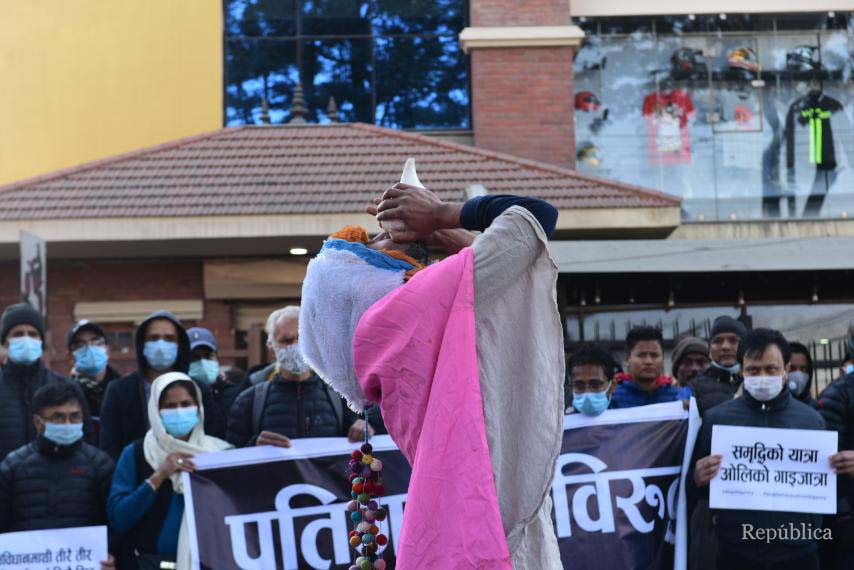 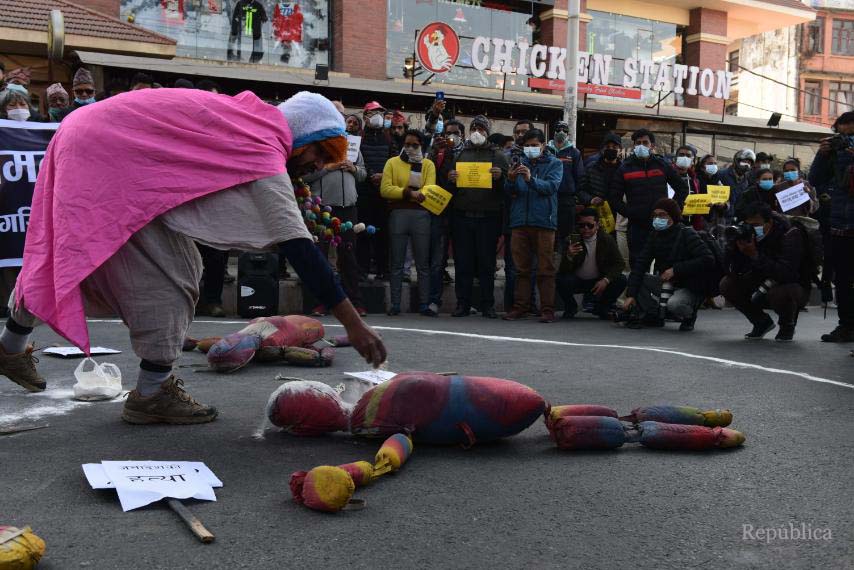 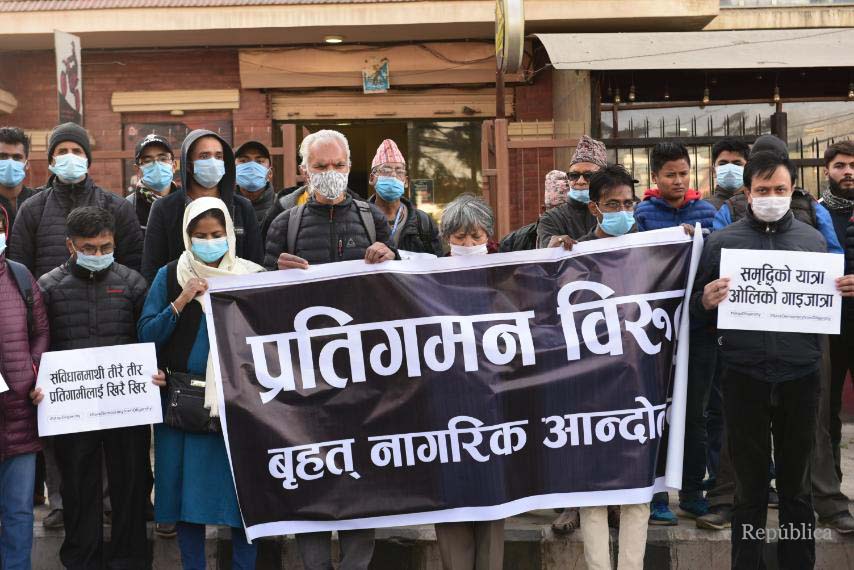 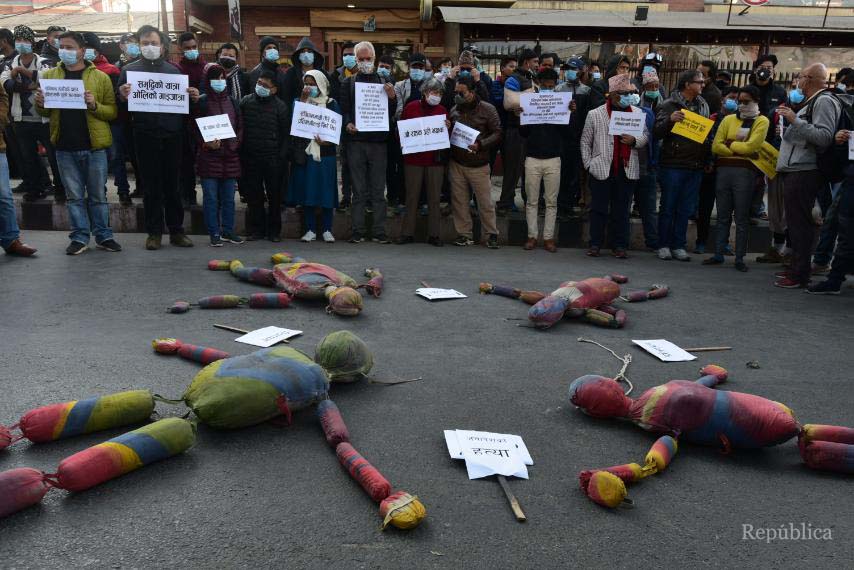 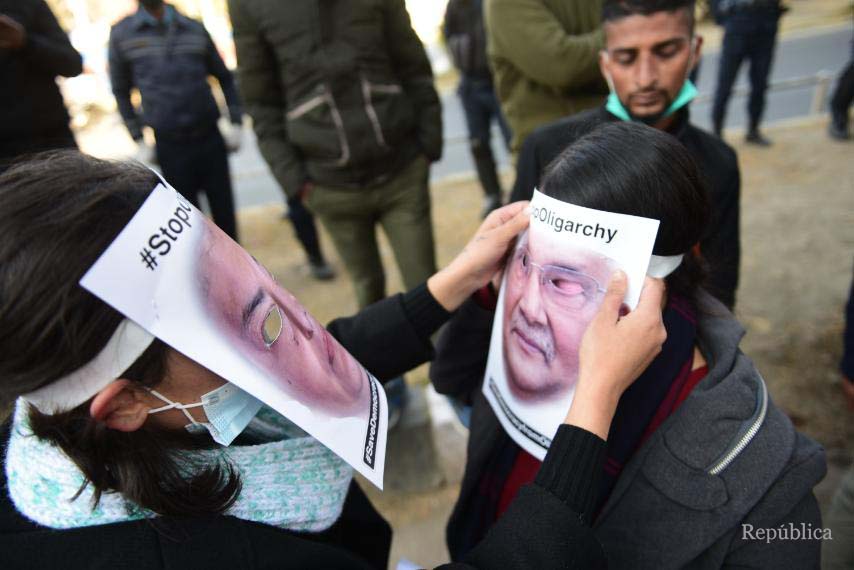 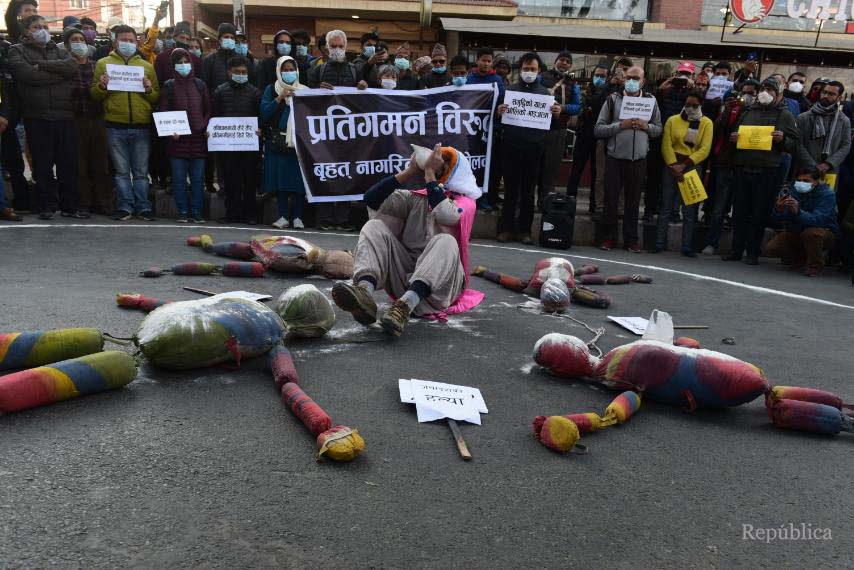 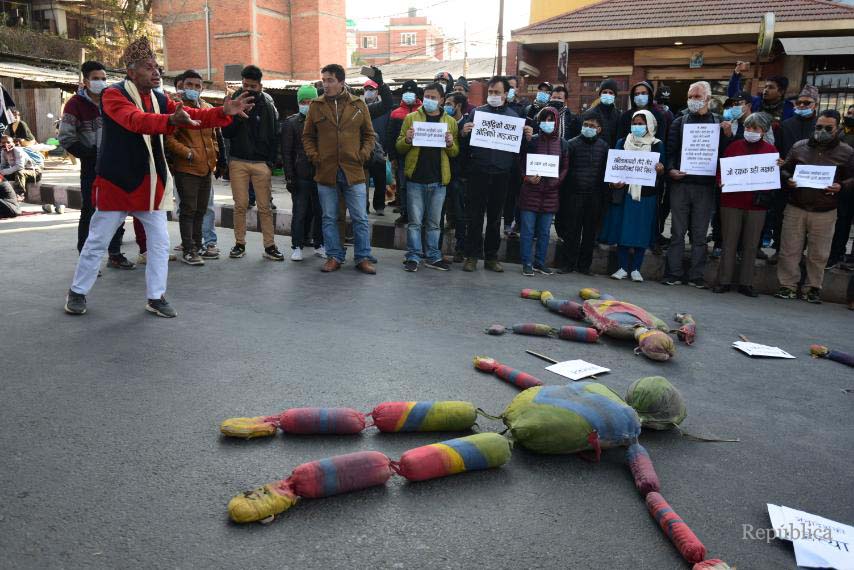 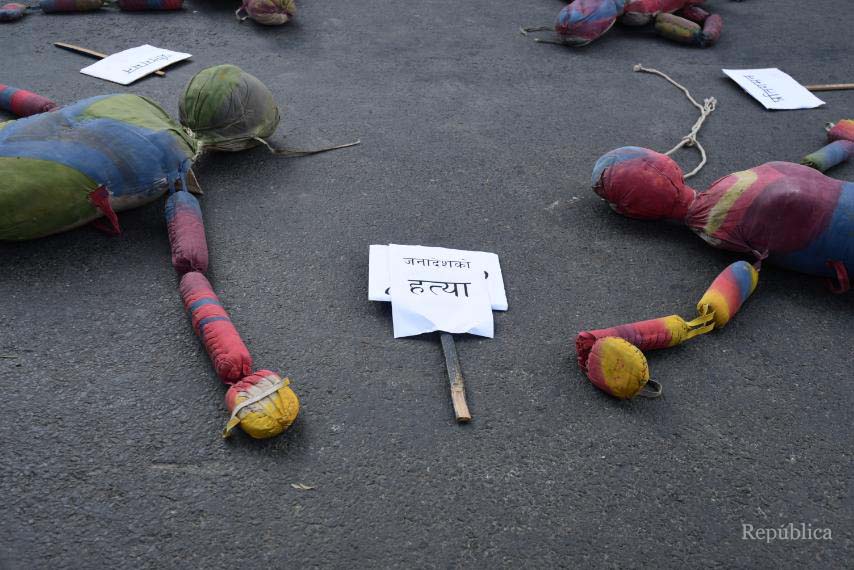 KATHMANDU, Dec 27 : Protesting against the dissolution of the House of Representatives (HoR), students of the rival faction of... Read More...

KATHMANDU, Dec 23: Pushpa Kamal Dahal, who was elected as the parliamentary party leader by a rival faction of the... Read More...

All eyes on the Supreme Court

The role of the Supreme Court now is to provide a fair interpretation which must protect the spirit of the... Read More...