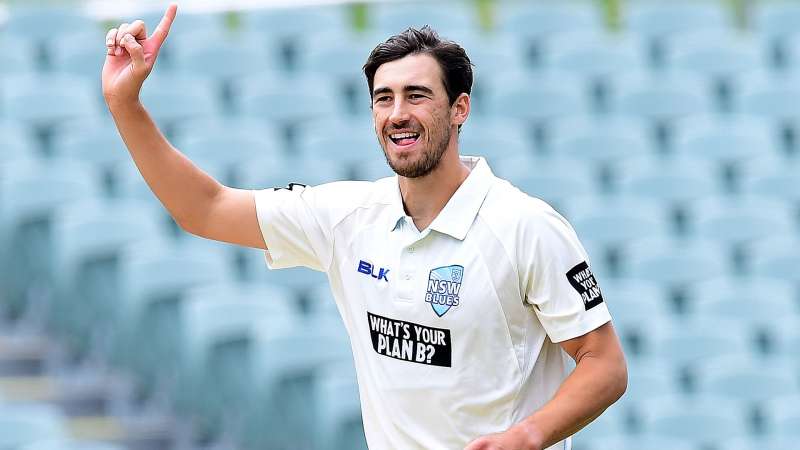 NEW SOUTH WALES, Nov 7: Australia paceman Mitchell Starc claimed his second hat-trick of the match to lead New South Wales to a 171-run victory over Western Australia in the Sheffield Shield on Tuesday.

The 27-year-old, who will spearhead Australia’s attack against England in the Ashes series later this month, dismissed Jason Behrendorff and David Moody with the last two balls of his 15th over and Jon Wells with the first of his 16th.

Starc became the first bowler to take two hat-tricks in one first-class match since 1978 and it has only been done on seven previous occasions in the format.

The left-arm quick finished with seven wickets for the match while Josh Hazlewood, who is likely to open with Starc against England, claimed six.

Starc had fired a pre-Ashes warning to England on Monday with his first hat-trick in the match to end Western Australia’s first innings for 176.

He has been in ominous rhythm ahead of the test summer, having registered a career-best haul of eight for 73 for New South Wales against South Australia at Adelaide Oval last month.

The five-test Ashes begin at the Gabba in Brisbane on Nov. 23.

SYDNEY, Nov 6: Australia paceman Mitchell Starc fired an ominous warning to England ahead of the Ashes series with a... Read More...