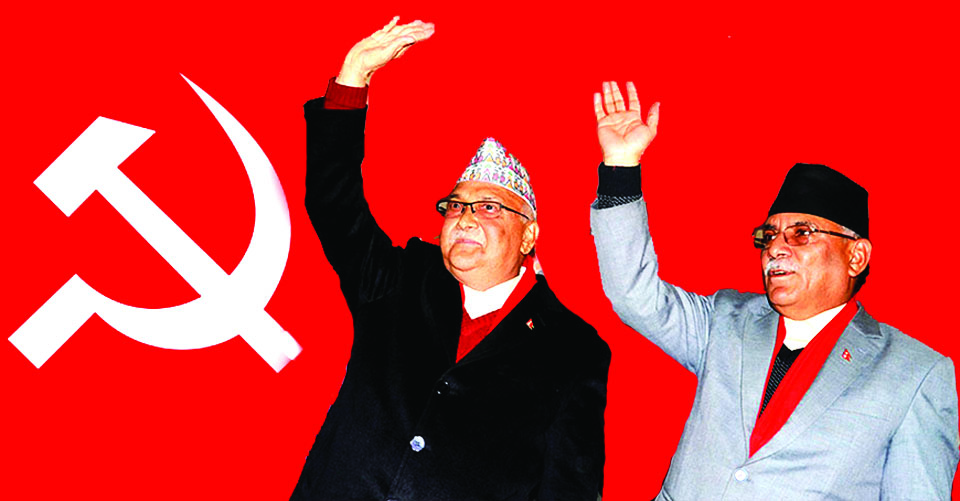 KATHMANDU, May 24: The Standing committee has been still incomplete due to delay in picking memmbers from the former party CPN (Maoist center) by Communist Party of Nepal's Chairman Puspa Kamal Dahal.

Among the total 45 standing committee members, UML has finalized 26 members while 19 are yet to be selected from Maoist Center. However, Maoist Center has not revealed the names of Standing Committee members except the members of 'High Command' Puspa Kamal Dahal, Narayan Kaji Shrestha and Ram Bahadur Thapa.

Chair Dahal is under pressure to pick the members from the Maoist Center. According to the CPN leader Pampha Bhusal, the Standing Committee is yet to get a full shape as no members have been recommended from the former Maoist Center.

According to the source, Top Bahadur Raimajhi, Krishna Bahadur Mahara, Dev Gurung, Giriraj Mani Pokharel, Barsaman Pun, Haribol Gajurel, Shakti Basnet, Janardhan Sharma, Agni Sapkota and Matrika Yadav are sure to be included in the Standing Committee based on thier seniority.

The swearing-in ceremony of those central committee members who missed it it will take place at the meeting.

The discussion will be held to finalize the party's registration process at the Election Commission. According to leader Bhusal, the signature of all the Central Committee members is required to register the party at the EC.

Both the chairs KP Sharma Oli and Puspa Kamal Dahal will congratulate all the 445 central committee members including four invited members and assign responsibilities after the unification.

Both the chairs will brief them on the newly formed party's  roles and strategies to run the party, stated CPN leader Subash Nembang.

KATHMANDU, May 31: The Nepal Communist Party (NCP) has given full shape to its standing committee amid reservation from some senior... Read More...

KATHMANDU, Jan 3: The main opposition party, CPN-UML, is holding a Standing Committee meeting of the party on Tuesday after... Read More...