Stadium in every State: Minister Bishwokarma 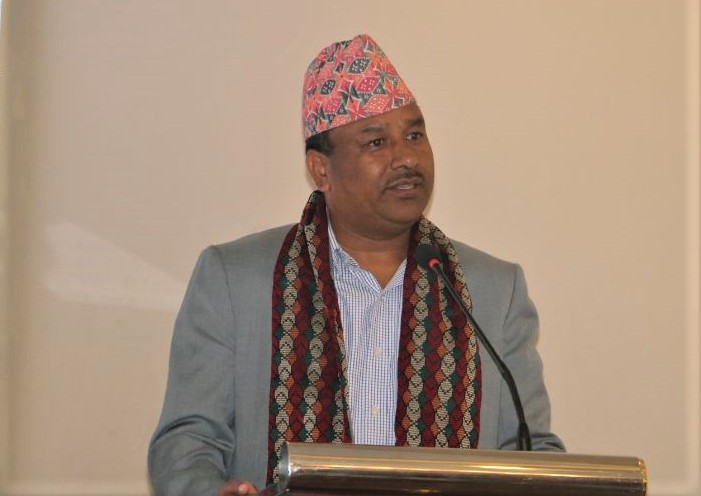 KASKI June 21: Minister for Youth and Sports, Jagat Bahadur Bishwokarma, has argued that the country could not achieve prosperity unless the development in sports.

So, government has given priority to the sports sector, he added. Inaugurating the school level sports competition- 'President Running Shield' begun at Machhapuchhre rural municipality of the district on Thursday, Minister Bishwokarma informed that preparations were on to establish a stadium of international standard in every State and sports village in each 753 local levels.

"We are still in need of stadium suitable for holding international sport competition," he said, adding that the Kathmandu Valley would also have a sports complex. According to him, school playground is another effective platform to produce players.

So, upgrading of the playground and management of a sport teacher in school is equally imperative; and the government has allocated budget for it too, he added. A total of 500 students in both men and women category are participating in the competition where sports as volleyball, kabaddi, athletics, high jumps and javelin throw would be played.

Minister Shrestha announces not to take government facilities
14 hours ago