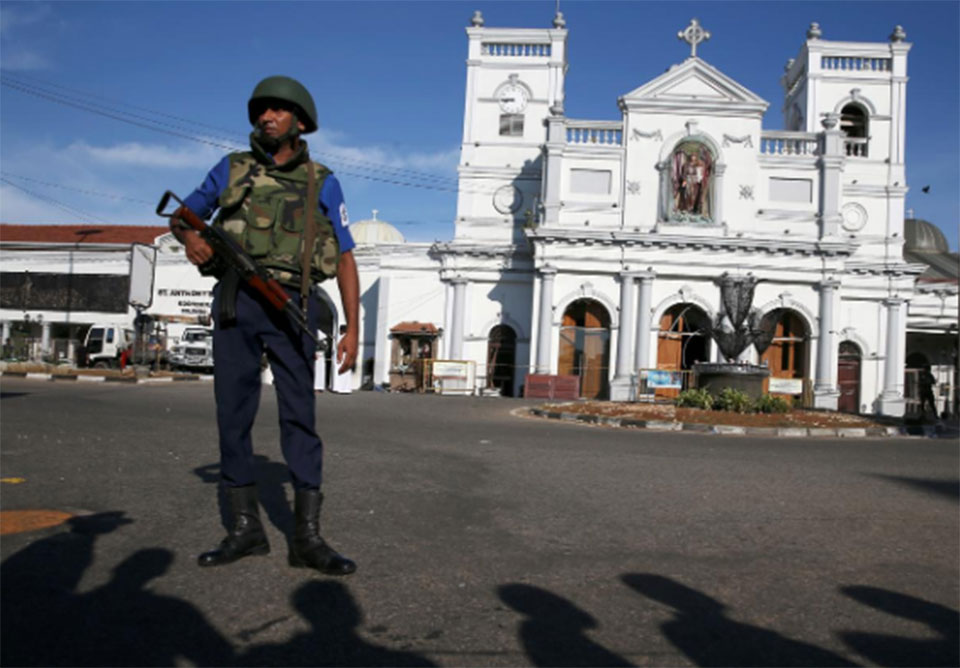 A security officer stands in front of St Anthony's shrine in Colombo, after bomb blasts ripped through churches and luxury hotels on Easter, in Sri Lanka April 22, 2019. REUTERS/Athit Perawongmetha

COLOMBO,  April 22: Authorities lifted a curfew in the Sri Lanka on Monday, a day after 290 people were killed and about 500 wounded by a string of bombings that tore through churches and luxury hotels on Easter Sunday.

There was still no claim of responsibility for the attacks on two churches and four hotels in and around Colombo, the

capital of predominantly Buddhist Sri Lanka, and a third church on the country’s northeast coast.

A government source said President Maithripala Sirisena, who was abroad when the attacks happened, had called a meeting of the National Security Council early on Monday. Prime Minister Ranil Wickremesinghe would attend the meeting, the source said.

There were fears the attacks could spark a renewal of communal violence, with police reporting late on Sunday there

had been a petrol bomb attack on a mosque in the northwest and arson attacks on two shops owned by Muslims in the west.

Sri Lanka had been at war for decades with Tamil separatists but extremist violence had been on the wane since the civil war ended 10 years ago.

The South Asian nation of about 22 million people has Christian, Muslim and Hindu populations of between about eight and 12 percent.

The island-wide curfew imposed by the government was lifted early on Monday, although there was uncharacteristically thin traffic in the normally bustling capital.

Soldiers armed with automatic weapons stood guard outside major hotels and the World Trade Center in the business district, where the four hotels were targeted on Easter Sunday, according to a Reuters witness.

The government also blocked access to social media and messaging sites, including Facebook and WhatsApp, making information hard to come by.

Wickremsinghe acknowledged on Sunday that the government had some prior information about possible attacks on churches involving a little-known Islamist group, but said ministers had not been told.

A British mother and son eating breakfast at the luxury Shangri-La hotel were among those killed, Britain’s The Telegraph newspaper reported.

One Australian survivor, identified only as Sam, told Australia’s 3AW radio the hotel was a scene of “absolute carnage”.

Three police officers were also killed when security forces raided a house in Colombo several hours after the attacks.

Police reported an explosion at the house. 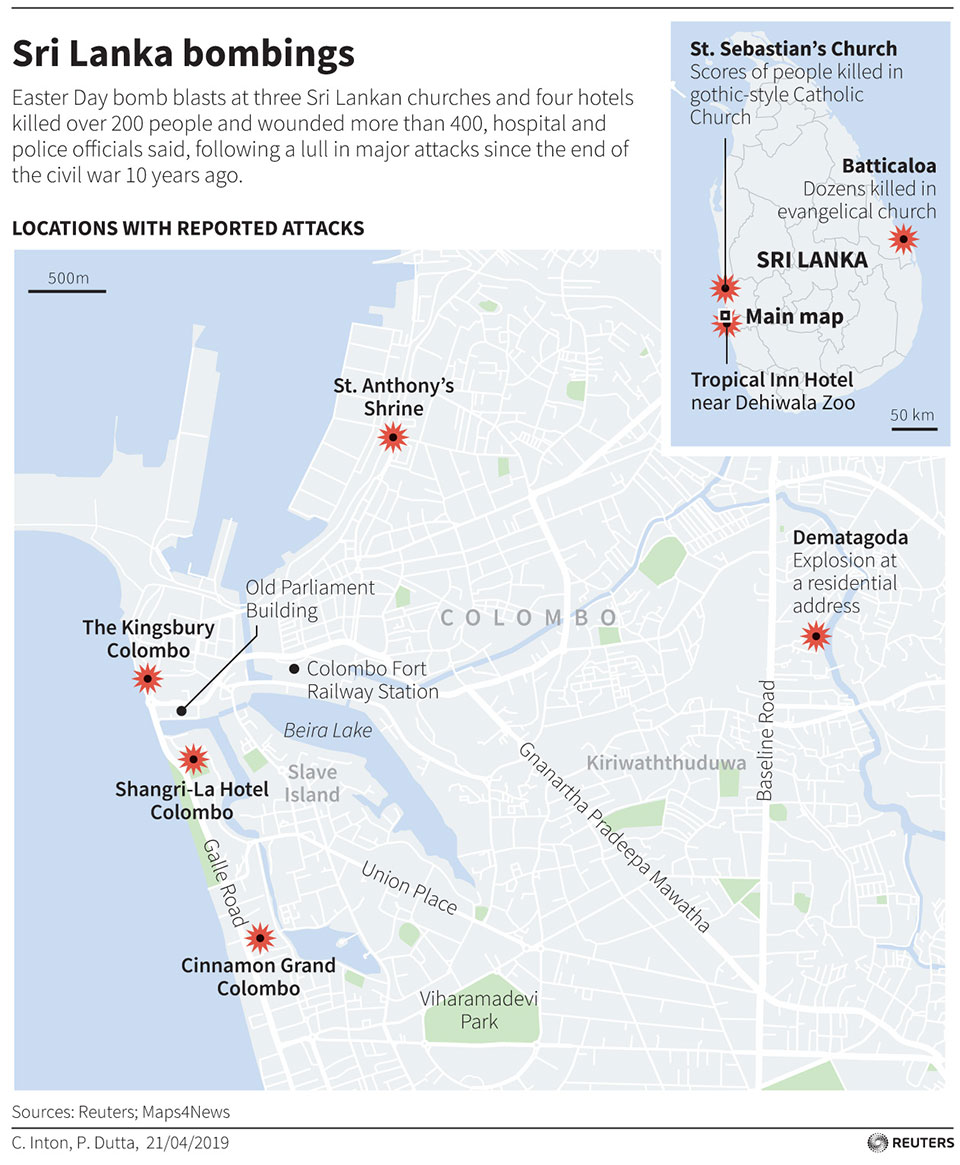