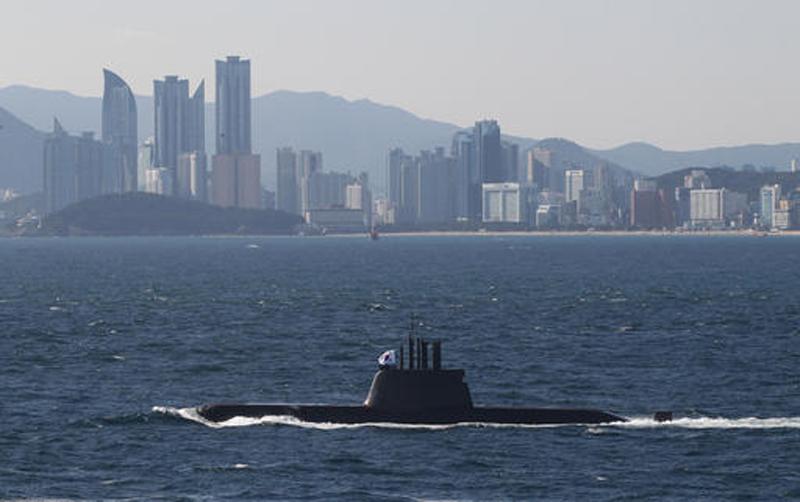 SEOUL, Aug 29: South Korea's Defense Ministry said Monday it has no plans to introduce nuclear-powered submarines, despite calls by lawmakers to do so following a recent test of a submarine-launched missile by rival North Korea.

The ballistic missile traveled about 500 kilometers (310 miles), the greatest distance achieved by North Korea for such a weapon. Last week's test caused jitters among many South Koreans because submarine-based missiles are harder to detect before launch than land-based ones.

A group of 21 ruling party lawmakers issued a joint statement on Sunday calling for the introduction of nuclear-powered submarines to better deal with increasing security threats from North Korea.

But the Defense Ministry said Monday it has no such plan, without elaborating.

Acquiring nuclear submarines is a sensitive issue for South Korea because it could trigger opposition from nations such as the United States and China amid worries about a regional arms race.

After North Korea's fourth nuclear test in January, some conservative lawmakers and scholars demanded that South Korea develop its own nuclear weapons, but the government dismissed the request.

The United States, which stations about 28,500 troops in South Korea, has long said the protective "nuclear umbrella" it provides South Korea is meant to deter an attack on its ally by North Korea.

North Korea is seeking to develop nuclear-armed missiles capable of reaching the continental U.S. Outside experts say the country doesn't yet have such weapons.