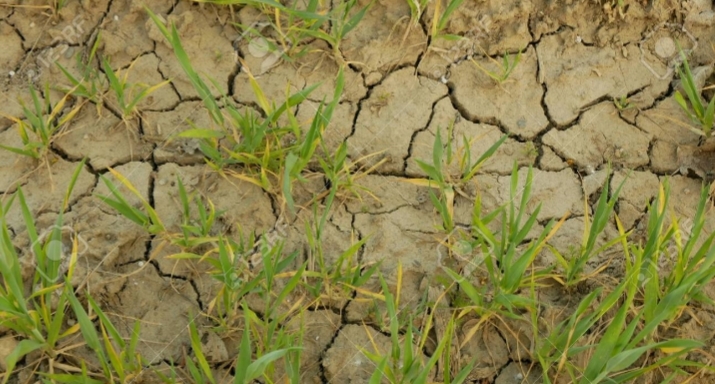 The writer is a student at the Institute of Forestry, Pokhara Campus.
news@myrepublica.com

Soil degradation has not only disturbed global food supplies and biodiversity but also the economic, social and political aspects of the globe.

What if you are told that it takes almost 100 years to form 1 cm of soil? Shocking, right? Another shocking fact is that more than 75% of the world’s soil has been already degraded and soil degradation has remained an important global threat for the 21st century. The alarming effect of soil degradation - majorly food insecurity and biodiversity loss - has rapidly increased for the past few years. Yet, we are refusing to address soil degradation as an urgent issue.

Soil is the basis of all resources and essence of all biotic and abiotic components of earth. Also, soil is a finite resource. The loss of intrinsic physical, chemical and biological qualities of soil is called soil degradation. Soil degradation is often used as an umbrella term encompassing a wide variety of soil conditions such as erosion, desertification, loss of biodiversity, loss of nutrients, salinization etc. And soil erosion is its most widespread form because about 2.8oo tons of soil is lost per hectare annually through soil erosion, globally.

Soil erosion refers to the removal of topsoil, the most fertile top layer of soil by various factors like water, air or unsustainable human activities. It is a four-phase process involving detachment, breakdown, transportation and deposition of sediments. During these four stages, the soil organic carbon (SOC) pool is influenced. The SOC is the carbon component of organic compounds which is an essential component for soil fertility. Each year around 10 million hectares of cropland is lost due to soil erosion which has drastically reduced soil efficiencies and productivity. And more than 99.7% of food we consume comes from beneath our feet, from soil. So, the major effect of soil degradation is an emerging threat to global food security. Since every 1 in 7 persons is food-insecure and 2-3 in 7 are malnourished, upcoming years are going to be even more bad years for world hunger if the rate of soil degradation continues at the current rate.

At the same time, top fertile soil has degraded considerably due to improper LULC (Land Use/ Land Cover), accumulation of non-degradable waste, ove use of fertilizers and pesticides. This has emerged as a serious problem in global biodiversity. Unsustainable LULC practices have also deteriorated soil fertility, aquatic ecosystems, wetlands, microclimate and biodiversity eventually. The rate of expansion of cultivated land and urban settlement in forested areas has increased significantly in order to feed and settle the emerging population of the world. This type of anthropogenic modification in the land surface has shown a huge negative impact on biodiversity. The global wetland area is decreasing day by day due to improper LULC. Due to anthropogenic modification of soil, global biodiversity is at high risk and we are facing a rapid loss of species. If only we can apply sustainable intensification of producing more from less i.e. producing more crop from less land, less drop of water, less per unit input of fertilizers, less per unit carbon emission, we can restore the fertile soil and ensure food security and biodiversity on earth.

A three-day regional symposium on microbial ecology held in Pokhara

Who will manage wetlands?

The government needs to consider wetlands management as a top priority. First of all, however, institutional clarity is needed for effective... Read More...