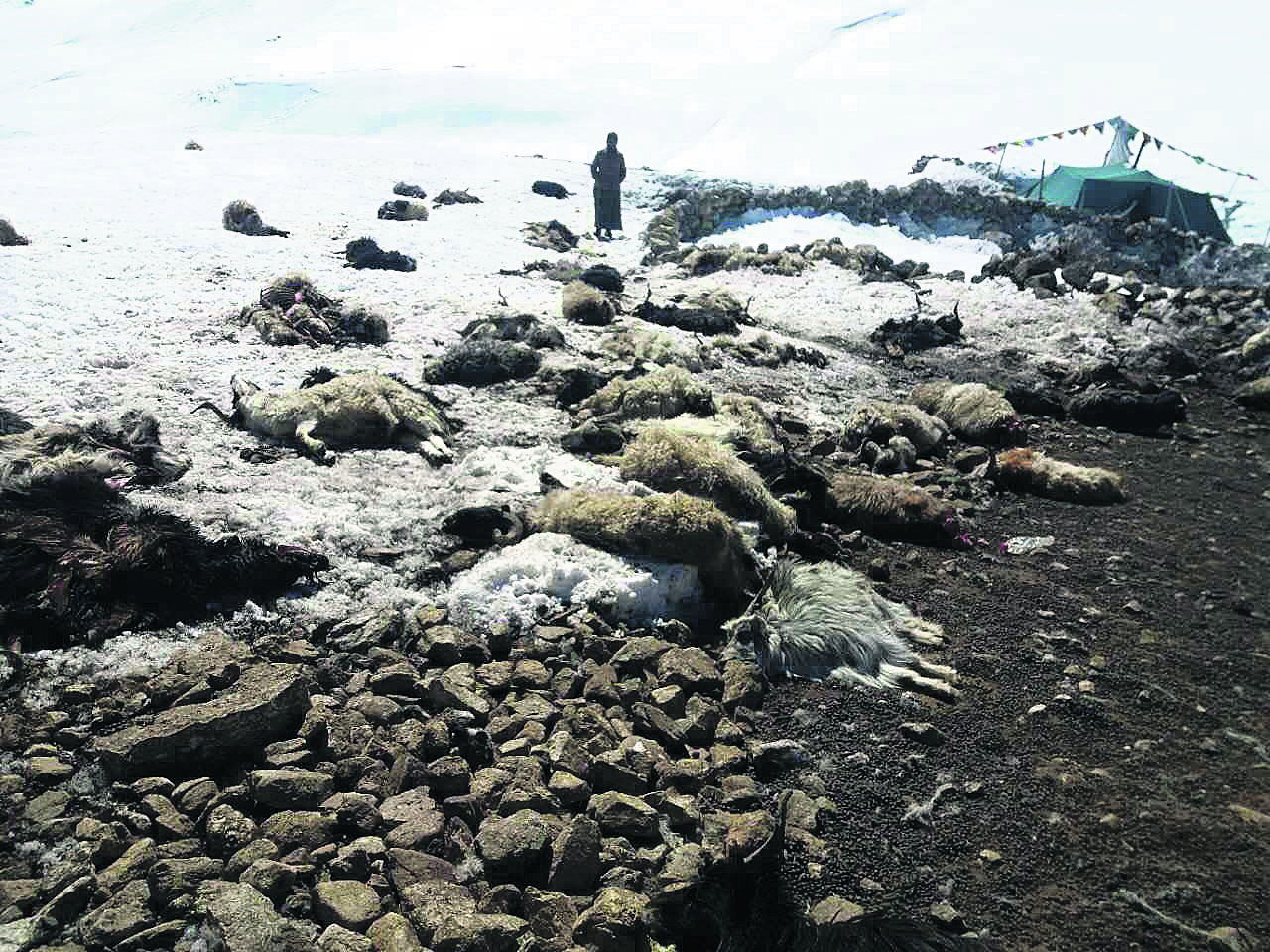 MUSTANG, March 10: Hundreds of sheep and mountain goat died in upper Mustang after the recent heavy snowfall. At least 450 sheep and mountain goats died in Chumjung of Lomanthang Rural Municipality alone as some were buried under the thick snow and many others starved to death when the snow covered the grass in the meadows.

Four farmers who had started group animal husbandry in Chumjung have lost month of their goats and sheep.

According to local Pema Gurung, a large number of cattle have been found dead while some are still missing. Some died of frostbite and some died of hunger as the heavy snowfall covered the grass.

The condition of the remaining animals is also pitiable as there is not enough fodder,” said Gurung.

Even after so many days of snowfall, most places in this village are still covered in white. Vehicular movement remains obstructed. According to farmers, they could save the remaining livestock by taking them to lowlands if the road reopened.

Subarna Bista, chairperson of Lomanthang Rural Municipality said the local unit has yet to ascertain the exact number of animals killed in the snow. However, he has promised to provide compensations to the affected farmers and reopen the closed road.

Deputy Superintendent of Police (DSP) Mahendra Khadka of Mustang informed Republica  that a large number of domesticated animals have died due to the snowfall. “The snow has yet to melt so there is no grass for the animals.”

Govt, ASDP and NACCFL sign deal for capacity buildings of cooperatives in Karnali
44 minutes ago