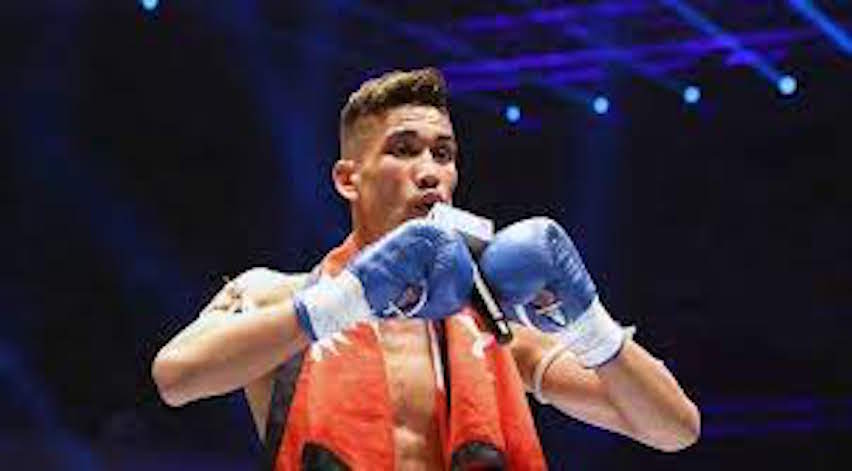 KATHMANDU, Oct 18: Boxer Abiral Ghimire has clinched the Hit 49 Professional Boxing Championship 2021 title. With this, Ghimire has become the first Nepali to win the international competition in which popular and experienced youth pugilists around the world are brought to the ring.

International boxer Ghimire knocked out Japan's professional kick boxer Fujimura in the 49th edition of the Championship held at the Nayoga Congress Centre event hall in Nagoya City, Japan on Sunday. They are both experienced players who have competed in the ‘K-1 Kick Boxing Competition’.

The world-famous Ghimire has won the ‘Himalayan Leopard title’ and thanked his father, international boxer and coach Dev Kumar Ghimire, organizer Simura Dojo and other Nepali sportspersons for winning the competition through social media.

The championship was coordinated by the famous Simura Dojo of Japan. Abiral has been showcasing his talent through the same dojo. According to coach Dev, being selected in the ‘Hit 49 Professional Boxing Championship 2021’ is a matter of prestige in itself.

According to him, Abiral was the first Nepali boxer to win the title of ‘K One Festival 2021’ held in Tokyo, Japan last April. He made history by beating Japanese professional boxer Khotechu in the first round. He also had a comfortable victory over Japanese player Yoshida Yeeji in ‘Professional Kick Boxing Hit 48’ last year.