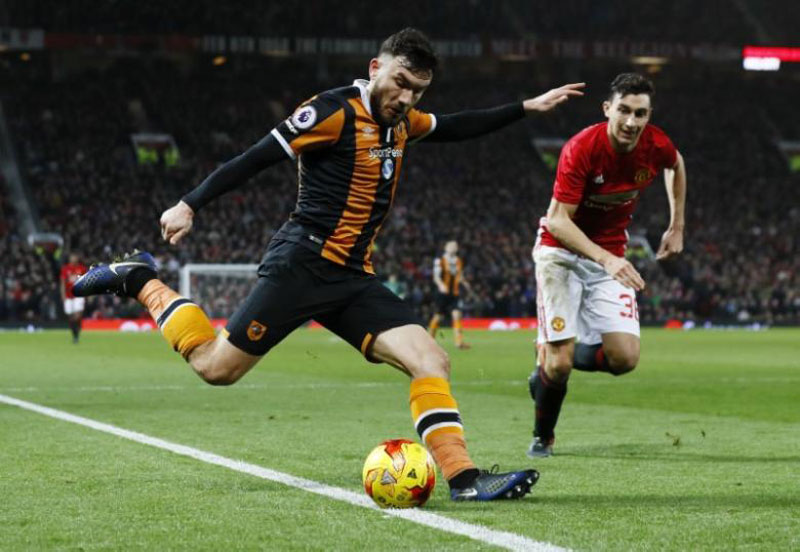 West Ham United have completed the signing of Robert Snodgrass from relegation strugglers Hull City in a deal worth 10.2 million pounds, the London club said on Friday.

The attacking midfielder has signed a 3-1/2 year contract and is West Ham's second signing of the winter transfer window after defender Jose Fonte joined the club from Southampton.

"I'm delighted because this is a massive club with great tradition,” Scotland international Snodgrass said in a club statement.

"This is the sort of club which speaks for itself, the fans who come here and support week-in week-out and moving to and selling out this new stadium is terrific and I want to be part of it."

West Ham said the 29-year-old was set to make his debut against Manchester City in the Premier League on Wednesday.

Hull City manager Marco Silva, whose side are second bottom in the Premier League, had earlier said he was disappointed that the midfielder was on the verge of leaving the club.

"I don't want to lose him (Snodgrass). We will try to keep our players but sometimes the club, manager and player want different things," Silva told reporters on Friday.

"The player won't talk with me, won't talk with the club and he has made it clear that he wants to leave... I expect it to be done quickly, because once it's done we can get players in.

"He has not trained since they did a deal with West Ham... For 10 days he has not been available to work with us and has told us he wants to leave."

Snodgrass, who has scored seven Premier League goals this season, has been linked with a move since December, before Hull triggered a one-year contract extension that ran until the end of next season.

Hull, who beat Manchester United 2-1 in their League Cup semi-final second leg on Thursday but lost the tie 3-2 on aggregate, travel to second-tier Fulham in the FA Cup fourth round on Sunday.