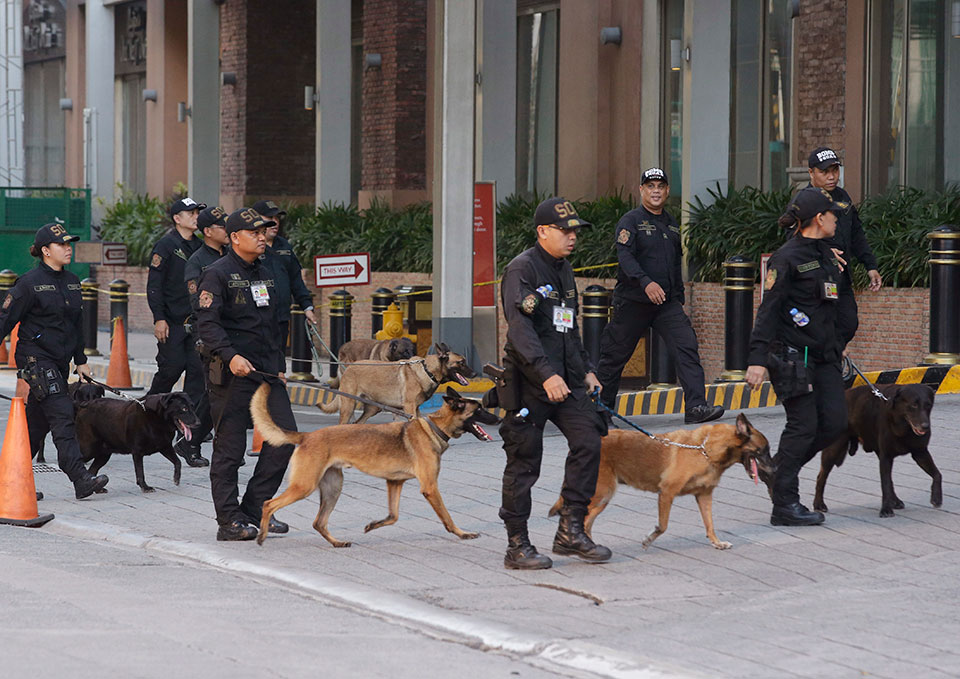 MANILA, Philippines, June 2:  A gunman stormed a crowded Manila casino early Friday and used gasoline to set gambling tables on fire, creating clouds of smoke that swept through the crowds and killed at least 36 people, police said. The gunman, who had fled with more than $2 million in stolen casino chips, then forced his way into a room in an adjoining hotel and killed himself.

Authorities suspect the man, who has not yet been identified, was trying to rob the casino at Resorts World Manila, a complex of hotels, restaurants, stores and a sprawling multi-floor gambling area.

"Either he lost in the casino and wanted to recoup his losses or he went totally nuts," said Metropolitan Manila police chief Oscar Albayalde. While an Islamic State-linked Filipino said on social media that "lone wolf soldiers" of the Islamic State group were behind the attack, police noted the man didn't shoot anyone he encountered. The only gunshot wound was a guard at the complex who accidentally shot himself, authorities said.

"He would have shot all the people gambling," if his goal was terrorism, national police chief Ronald dela Rosa said. None of the bodies had gunshots, authorities said.

Police saw no connection to nearly two weeks of fighting with Muslim militants aligned with the Islamic State group in the southern city of Marawi.

Dela Rosa said security footage showed the gunman ignoring a guard who tried to question him at the complex's entrance, then going straight to the casino. He stuffed a backpack with gambling chips, fired his assault rifle at TV screens and set gambling tables on fire by pouring gasoline onto them from a 2-liter bottle he carried, dela Rosa said. It was not clear how he smuggled the gasoline and rifle into the crowded casino.

The gunman, who dela Rosa described as "white, with a mustache," about 6 feet tall and English speaking, fled the gambling area and barged into a room on the 5th floor of Maxims Hotel, which is part of the Resorts complex. He laid down on the bed, covered himself with a blanket, doused himself with gasoline and then set himself on fire, Dela Rosa said. He carried no identity documents, police said.

The bag of high-value gambling chips — with an estimated worth of 113 million to 130 million pesos, or more than $2 million — was found in a toilet.

The attack sent hundreds of people fleeing through the complex and into the night. A South Korean died of a possible heart attack suffered during the evacuation, the Foreign Ministry said. More than 70 people suffered mostly minor injuries in the stampede to escape.

Ronald Romualdo, a maintenance worker at Resorts World, said he and his colleagues heard gunshots and saw people smashing the windows on the second and third floors to escape.

"We took out a ladder to save them. We were able to save many of them," he said. "But one woman I was trying to save fell from the second floor. ... I could not carry her." He said the woman was not moving after she fell, but he didn't know what happened to her.

About 90 minutes after the attack began, Resorts World Manila said on its Facebook page that it was on lockdown following reports of gunfire and it was working to ensure the safety of guests and workers.

As news of the attack spread, President Donald Trump offered America's thoughts and prayers to the Philippines.

"It is really very sad as to what's going on throughout the world with terror," he said from the White House Rose Garden. Trump said he was "closely monitoring the situation" and would continue to provide updates.

The SITE Intelligence Group, a U.S. terrorism monitor, said an Islamic State-linked Filipino operative who provides daily updates on the clashes in Marawi claimed "lone wolf soldiers" of the Islamic State group were responsible for the attack.

An English message by the operative was distributed across several pro-IS Telegram chat groups, SITE said. According to SITE, he wrote: "The lone wolf soldiers of Khilafah attack the heart of Kufar the city of Manila in Resort World."

The unrest in Marawi had sparked fears that militants might attack elsewhere to divert the focus of thousands of troops trying to quell the siege. But dela Rosa said "We cannot attribute this to terrorism without concrete evidence."

Vitamin 'A' being administered to over 2.71 million kids Thursday and Friday
38 minutes ago