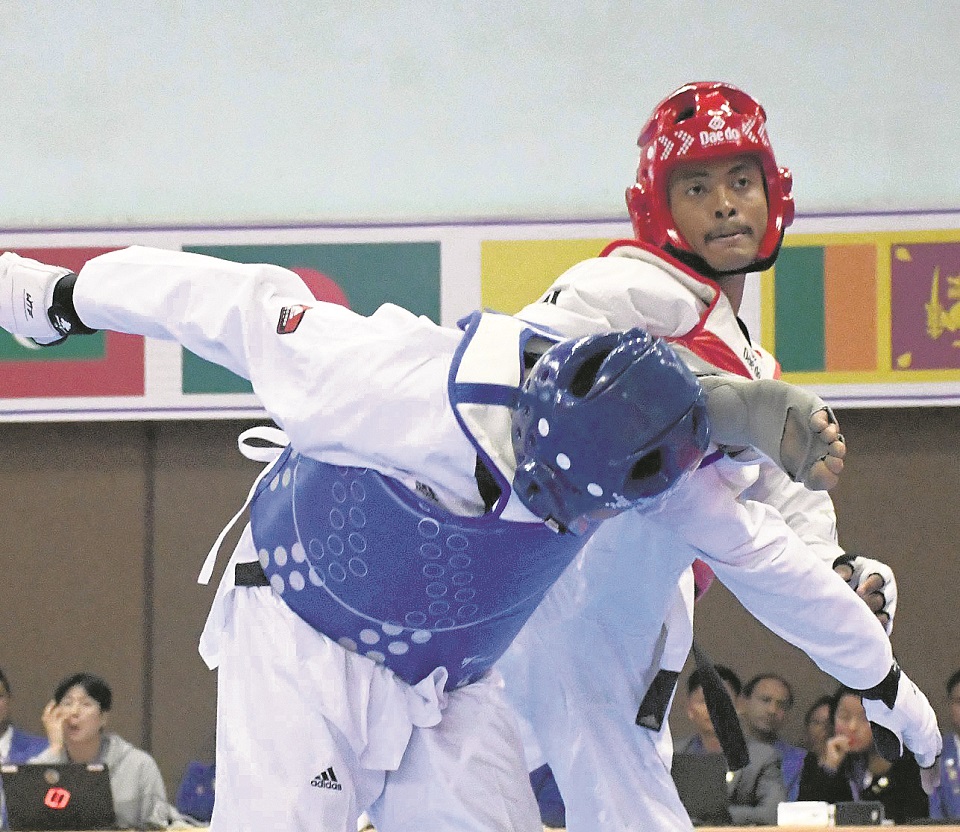 KATHMANDU, Dec 6: Bhupen Shrestha secured a gold medal on the final day as Nepal extended taekwondo gold to a total of 12 at the 13th South Asian Games.

Shrestha secured gold in men’s kyorugi under 87 kg bout defeating India’s Akshay Hooda in a close contest of 29-27 in final at the Nepal Taekwondo Academy in Satodobate.

In women’s events, Apsara Karki and Manita Shahi won silver medals for Nepal. Karki lost to India’s Ruchika Bhave 8-5 in women’s under 67 kg while Shahi was outclassed by India’s Margerette Maria 15-0 in women’s under 73 kg.