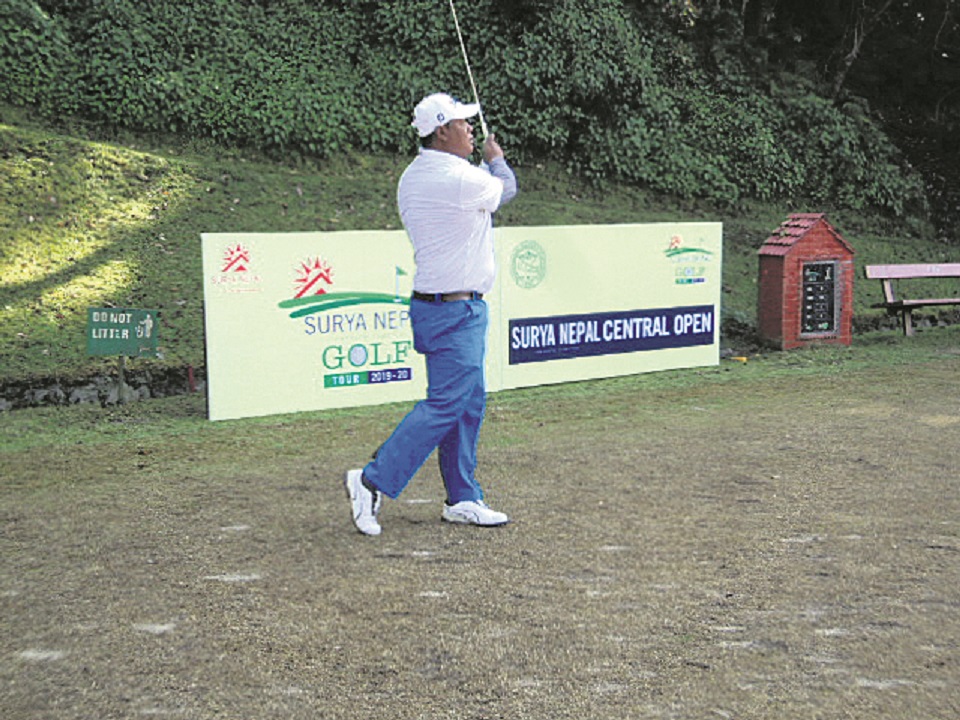 Shiva Ram Shrestha reacts after taking a shot during the Surya Nepal Central Open 2019 in Kathmandu on Tuesday.

KATHMANDU, Dec 25: Shiva Ram Shrestha has leapfrogged into the lead after the second day of the first event of the Surya Nepal Golf Tour 2019-20, Surya Nepal Central Open.

Shrestha carded seven-under 65 on Tuesday for a total of six-under 138 to take six-stroke lead over Bhuwan Nagarkoti and newly turned pro Shukra Bahadur Rai, who are at even-par 144. Nagarkoti turned in a card of two-over 74 and Rai carded even-par 72.

Amateur Ritesh Tamang is five-strokes behind Subash Tamang as the former carded three-over 75 for a total of nine-over 153.

A total of 47 players -- a record number of 43 pros and four amateurs -- are taking part in the first event of the season.

Also, the professionals who have made the cuts will earn cash prizes as well.

KATHMANDU, May 13: Madhav Acharya has won the title of the Turkish Airlines World Golf Cup Kathmandu Qualifier which was played... Read More...