SINDHULI, Nov 7: A shaman in Sindhuli has disfigured a woman’s face scorching her with a heated spatula, accusing her of being ‘haunted by a spirit’.

Purnamaya Gurmachane, 36, of Kamalamai Municipality-12, has sustained serious burn injuries on her face after her neighbor and local shaman Durga Bahadur Magar hit her with a hot spatula. Purnamaya had gone to meet the shaman after discovering that she had been shivering and speaking abnormally. She was told to come back with a black goat and a red rooster.

Though she was seriously unwell, her family members refused to take her for immediate treatment.

The incident came to light when her father went to visit her daughter at her home.

When he found her with a severely burnt face, he took her to the hospital on Tuesday. The incident had occurred last Thursday, according to the victim. The victim’s father lamented that her neighbors had also cooperated with the shaman in scorching his daughter’s face.

Purnamaya talking Republica regretted her decision to seek shamanic treatment for the illness. Locals have demanded stern action against the shaman.

Meanwhile, Superintendent (SP) of District Police Office Rameshwar Prasad Yadav informed that a search is underway for the shaman who is reportedly absconding. 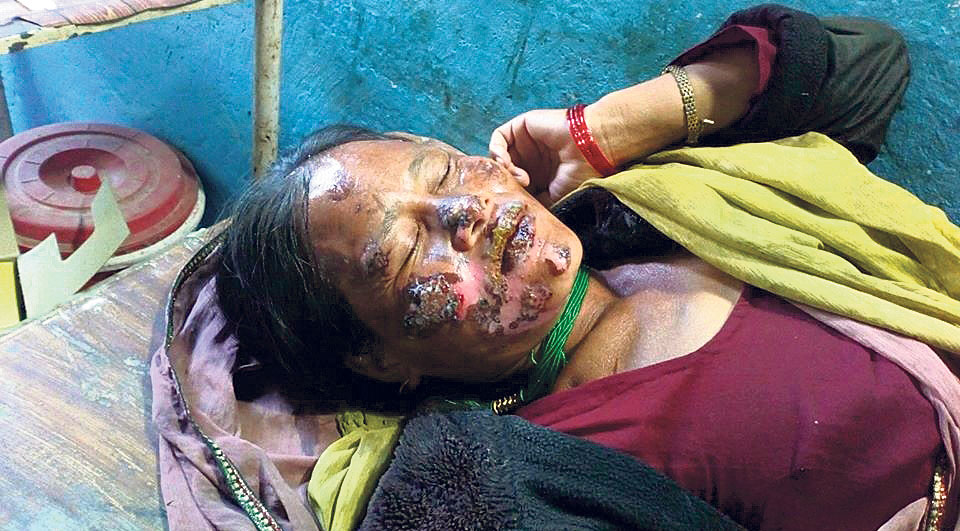 SINDHULI, May 3: An octogenarian has died of COVID-19, marking the first death in the district after the country was... Read More...

SINDHULI, Nov 17: Police have destroyed marijuana over worth Rs 80 million in the district. ... Read More...

SINDHULI, Dec 4: Ten VDCs in Sindhuli have been closed for an indefinite period from today. ... Read More...