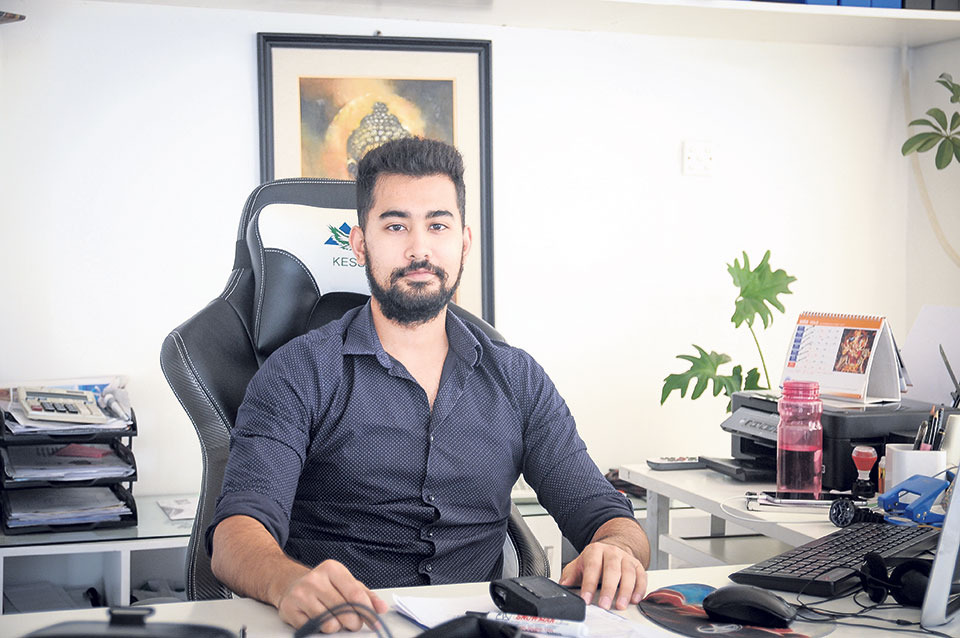 For a few hundred rupees you get a glimpse of the future at five different malls around Kathmandu these days. Would you like to experience Iceland, a roller coaster or the terrifying plotline of The Conjuring? The Virtual Reality stations with their headsets at the likes of Civil Mall, City Center, BG Mall, KL Tower, and Kathmandu Mall are steadily peaking people’s interest and giving them the promised futuristic experience.

The concept was so new that initially, for the first month, these stations were even giving free trials to shoppers at the malls in hopes of enticing them. And clearly, the strategy worked. City dwellers from across genders and ages (their Facebook page has a video of an elderly woman trying out the VR set) have warmed up to the town’s new entertainment attraction.

They are several movie categories like travel, fantasy, horror (reportedly the most popular), adventure and so on that a customer can choose from. And even though the movies are five to ten minutes long, flailing arms and legs are almost a given and, every now and then, you can also hear screams of delight as well as fright. It is indeed real time virtual reality.

“The idea was definitely to engage ourselves in something completely different,” explains Shahi KC, managing director of Kessy Group Pvt. Ltd.

If you didn’t know, KC happens to be one who bought the VR stations to our capital’s malls. Kessy Group is a trading company that imports machineries, think elevators for various establishments or washing machines for hotels, but they clearly like to play the field with other business ideas as well.

KC continues, “Nepal’s market is saturated. Most of the popular business models or products have numerous huge competitors.”  So apparently, together with his father, KC decided that they would much rather wade through unchartered territory then tangle themselves in our Nepali market’s same old ‘chase-the-competitor’ story.

Further, since they had settled on setting themselves apart from the rest of the businesses, KC says they wanted to work with the latest technology of the moment. And there was no better option for that than virtual reality.

According to him, introducing the concept to the masses hasn’t been that much of a challenge. The hard part, he reveals, was convincing the government to give them permission. Today, he laughs retelling the process they had to go through. “Nepal didn’t have provisions for virtual reality. The officers too seemed unaware of it. It took us six months and, in process of explaining the concept to them, we actually ended up making then sit on the VR sets,” he says.

Initially, the malls too were apparently not that different. Their first VR station was at Civil Mall and KC shares he and his team had to go through the same question and answer rounds that they had at the government office. They also ended up giving free trials to the Civil Mall management.
“But the GM and the engineer declined the offer. They were scared looking at people’s reactions,” adds KC.

This tone has obviously changed. KC reveals that the positive feedback they have received has encouraged them to set their plans of expansion in motion. They plan to continue reaching out to more malls to set up more VR stations and even go beyond Kathmandu to Pokhara and Butwal. KC even says that there are plans to bring their Virtual Reality expertise to the gaming circuit in Nepal as well.

“The plan was never to just stick with a couple of malls or even Kathmandu. This could very well be the start of Virtual Reality in Nepal,” concludes KC.

In today’s world of internet and technology, people rarely make an effort to meet each other and indulge in short... Read More...